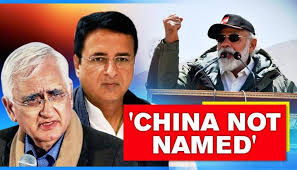 Perhaps the Indian people have mistaken the mockery of the BJP’s lame reaction, for ‘warmongering’ efforts. Far from it—a strong leader would advocate every other possible solution, before asking more soldiers to give up their lives. This is perhaps, a mere mockery of the leader’s hypocrisy. If the BJP didn’t beat its nationalism drum until everyone’s ears bleed, it would look less ridiculous when circumstances rightly called for restraint and rationality.
Also, Read:The Fall of Pakistan’s Pride!
However, it needs nationalism, to erase all kinds of unsavory truths.
The ugliest part of the BJP’s nationalism is that it does not even seem to be nationalism—it had just been used as a tool to gain power. Not surprising really, given that the fact that it’s forebears largely had sat out the freedom struggle of India. It is not the ‘country first’, else it wouldn’t lie to the country; nor ‘people first’, since Indians today are living under the yoke of fear, surveillance, and vindictive reprisal. It cannot be ‘party first’ since without Modi the party would founder. It is not even ‘Modi first’, dear reader. It is ‘the myth of Modi first’.
Also, Read: Not all challenges are opportunities!
The myth of Modi —strong, decisive, nationalist, democratic, economic genius, a versatile genius, internationally acclaimed visionary, ace administrator, friend to the poor, terror to terrorists, Hero No. ONE. in the eyes of all the world—must be constantly replenished to eclipse his reality. Else, India would see a man who lies, breaks his promises, who is reputed to have crippled the economy—even made cringeworthy diplomatic love only to be snubbed or stabbed in the back.
Someone, who has reportedly diminished every democratic institution and norm, and created a fresh humanitarian crisis in the middle of a pandemic and finally, gave up Indian territory—all without ever holding an open press conference, or taking the nation into confidence, in a subtle manner.
Also, Read: Modi & the Hard Punch! not the Hug 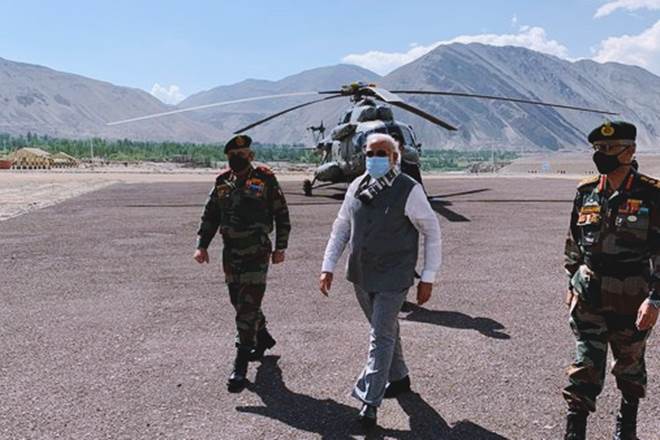 The myth of Modi is his sole engine of self-preservation. And upon this blinding 56-inch breastplate, strapped over the shriveled, moth-eaten truth, rests everything else—his power, the BJP’s power which he fuels, and the government’s power to say that black is white. Does Modi say there has been no talk of the NRC? Well then, there has been no talk of the NRC. Truth is whatever Modi says it is.
The myth-making engine has become monstrous, feeding on money, fakery, fear, ambition, greed, and delusion. It has fattened on the self-resp
ect of journalism and eaten away the majesty of the law. It can’t stop, because the stakes are too high. The more reality flies in the face of the myth, the more reality must be mythified.
Also, Read: Modi’s CARES…and scares!
Hence the saturation media campaigns about each ‘masterstroke’ and, when it fails, it’s opposite—Modi holding hands with Nawaz Sharif, obliterated by the surgical strike;

Modi on a golden swing with Xi, obliterated by Modi in camouflage in Ladakh.

Disturbed Indians still see a reality unsanctioned by the myth of Modi, including the fact that he is the Wizard of Oz, all f••t and no p••p. More than that, he and his government are believed to be destroying India. It’s all becoming harder to dress up. Controlling the terms of nationalism is an easy way to distract from truth and crush the opposition. Is it any wonder that the myth-makers have taken off the gloves and picked up baseball bats, hiding the debacle in Ladakh behind their persecution of ‘internal enemies’?
Also, Read:  India’s blunders in war…..and in peace!
It would be laughable, except that being vilified, sued, beaten, jailed, and killed, thanks to that same bright breastplate, is not remotely funny. The BJP’s fake nationalism is merely a means to power, and it will cling to that power at the cost of rising unemployment, at the cost of ethics and of people’s lives and well-being; first of all, at the cost of truth; and ultimately at the cost of the country.
What could be more anti-national than that? I have a suggestion, Amir Khan’s absorbing show—the ‘Satyameva Jayate’
Also, Read: How They Emerged From Their Cocoons: Roots Of Sino-Indian Conflict
Also, Read: A Collapsing World Order and the Rise of “Strong” Leaders
Also, Read: Prayers, blessings on social media marks Safoora Zarghar’s release on bail
Also, Read: Tamil Nadu started arresting Anti-Muslim hate mongers
Curated By Vijaylakshmi, Compiled by Shafaat Khan, Washinton 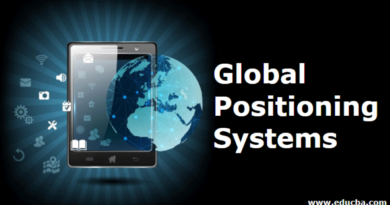 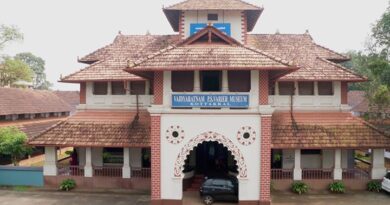