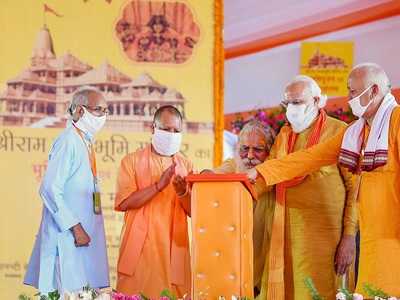 Editorial By Saeed Naqvi, Copy Edited by Adam Rizvi, New York TIO: It reflects on the civilizational power of Lord Rama in this ancient land that Independent India’s five Prime Ministers involved themselves in the affairs of his birthplace at Ayodhya. Nehru, Rajiv Gandhi, P.V. Narasimha Rao, Narendra Modi, and, tangentially, V.P. Singh in between.

Also, Read:Gandhi’s Perpetuate Modi Rule, By Not Moving Out Of The Way

India’s first Prime Minister, Jawaharlal Nehru, learned his early lessons about the limits to his power when the Rama idols “mysteriously” appeared on the night of December 22, 1949, at the spot where the Lord was supposed to have been born and UP Chief Minister, Govind Ballabh Pant refused to have the idols removed despite Nehru’s insistence. Secularism was a fine concept but not at the cost of the Hindu faith. The different approaches to Ayodhya are embedded serious divergences within the Congress on the centrality of Hinduism in national life. Not only was Pandit Madan Mohan Malaviya, President of the Congress for a record four terms, but he was also a founder of the Hindu Mahasabha. One may quibble on proportions, but there is Hindu Mahasabha in the Congress DNA just as there is the RSS in the BJP.

Nehru was a proud “Pandit” but there was a clear mismatch between his elitist tolerance of Hinduism and the all-pervasive Hindu faith in the make-up of most of his colleagues. It turns out, in retrospect, that Nehru’s secularism was a huge gamble. It would be thrilling if the secular experiment succeeded to a point where my brother Shanney could revisit relatives in Karachi and regale friends in JNU with the observation which became a classic in the 70s: “Nice place”, he said returning from Pakistan, “but too full of Muslims.” Today, this gregarious raconteur finds himself fixed in the pitying gaze of relatives from across the border. I called him in Lucknow on August 5, the day of the Shilanyas. He didn’t say much. It is instructive that the top-down secularism of Nehru and Mustafa Kemal Pasha Ataturk faced eclipse within weeks of each other.

In his very first speech in Parliament in May 2014, Prime Minister Modi had lamented 1,200 years of foreign subjugation. But after the Shilanyas at Ram’s birthplace in Ayodhya, he was specific about the timeline of the Ayodhya struggle, that it had taken 500 years since Babar’s arrival, to liberate the hallowed birthplace. There will of course be arguments galore: has the choreography at Modi’s Shilanyas brought down the curtain on the old consensus on the Idea of India? Is that what an emotionally pent up nation’s cathartic “victory over Babar” entails? Was it that, a victory?

Also, Read: In the Name of Democracy : An Open Letter to the People of India

Priyanka Gandhi Vadra must be commended for having endorsed the beginning of a Ram temple, but in doing so she may have slighted her father’s memory. Rajiv Gandhi may not have been present at Ram’s birthplace for the first bricklaying ceremony on November 9, 1989, but a foundation stone was laid, at the behest of Rajiv Gandhi’s government under official supervision of the District Magistrate of Faizabad, Ram Sharan Srivastava, a more harassed officer I shall never see. Since I was seated next to him, I could virtually peep into the pit where the brick was to be laid, under instructions from Rajiv Gandhi, his cousin Arun Nehru and UP Chief Minister Narayan Dutt Tewari. It was an underhand, duplicitous operation, totally violative of the Allahabad High Court order which prohibited any construction on “disputed” land. In a show of force, Ashok Singhal of the VHP, the Hindu body leading the agitation for a temple, threatened “rivers of blood”: he would lay the foundation stone on exactly the spot which the temple plan dictated, namely the “disputed” land. Clandestinely, the VHP was allowed to have its say. But Srivastava was to put out a press note that the brick was laid 100 feet away from the disputed site.

Rajiv was fighting for his life against his once favored Finance Minister, V.P. Singh’s rebellion, in the 1989 General Elections. He struck a desperate deal with the VHP. The VHP was to press the BJP to pull back its horses in a seat at Faizabad and three in Kerala. The VHP will claim that it had done the Shilanyas where it wanted, in the first place. This double-cross too was part of the secret deal. With all these machinations, Rajiv lost the General Elections.

Pranab Mukherjee in his memoirs, The Turbulent Years, has confirmed a gem of a story. A week before the Shilanyas, Rajiv escorted by Home Minister Buta Singh, visited Godman Devrahwa Baba who had a delightful way of blessing his devotees. He dangled his legs from a thatched roof and thumped on the head those he chose to bless, in this case, the renaissance Prime Minister of India, eager to know if he should allow the Shilanyas. The Baba, networked in the interstellar spaces, transmitted his message: “Bachcha, ho jane do” (child, let it happen).

The soft saffron that Rajiv adopted by way of electoral tactics came to him from two sources: Indira Gandhi donned this shade during the 1982 Jammu election, this being her gut response to the Khalistan movement. Two years later, the unprecedented majority with which Rajiv Gandhi came to power after Indira Gandhi’s assassination by her Sikh bodyguards in 1984 was not attributed to a sympathy wave but a massive Hindu consolidation against “minority” communalism.

Also, Read: Permanent Commission for Women in The Indian Army

This conventional wisdom among Congress senior leaders caused him to open the temple locks in May 1986. Since then the Congress is wasting away, wearing soft saffron, selling its family heirlooms, even as the BJP acquires a shade of saffron as hard as was on show at the Shilanyas in Ayodhya.

Since it is accepted by everybody except perhaps Randeep Surjewala that the Congress is now beyond redemption, the best the Gandhi siblings can do is to recover as a priceless memento that brick which was laid in their father’s name in Ayodhya to start a temple for Lord Rama. 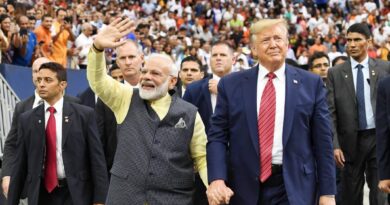 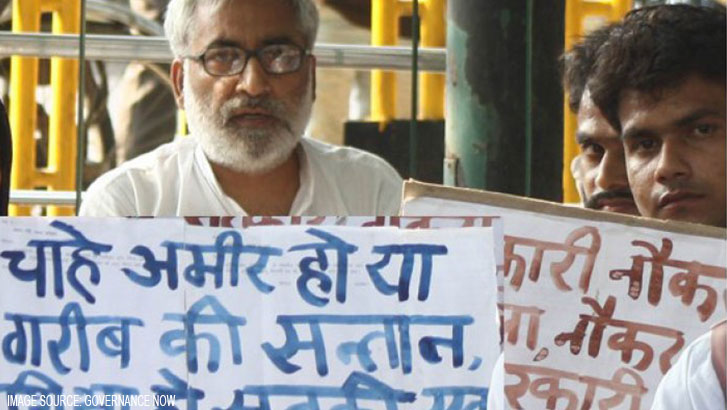 FAST ENDS ON 7TH DAY AS NO RESPONSE FROM GOVERNMENT