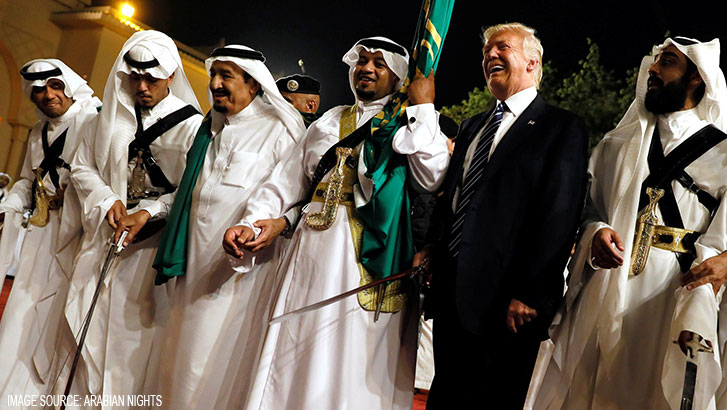 Editorial
June 18, 2017June 26, 2017 Saeed Naqvi 0 Comments Islamic extremism
Share with your network
“Udhar rakeeb, idhar hum bulaye jaat hain
Ki daana daal ke murghe laraye jaate hain”
(I am invited, so is my enemy – at the same time.
Sprinkle some grain in the middle:
And the scene is set for an almighty cockfight)
It would be bad form to describe Saudi kings as fools, but the temptation is vastly enhanced by the brazenness with which the Americans dive into Saudi coffers at will and wink at each other.
It turns out that there is a competition on between the Trump administration and its predecessor, the Obama team, as to who made a greater fool of the Saudis.
Last month, Trump and his cohorts, after their revelries in Riyadh, announced they had concluded a $110 billion arms deal with their Saudi allies. Promptly came a rejoinder from a Clinton adviser, Bruce Riedel, now a specialist at Brookings, that President Obama sold the Saudis $112 billion in weapons in 2012 is a single deal negotiated by Defense Secretary, Bob Gates. He then furnished incontrovertible proof that Trump was bragging about a Saudi arms wish list but no real deals had been concluded.
Riedel’s other argument is a real clincher:
“You will know the Trump deal is real when Israel begins to ask for a package to keep the Israeli Defense Forces’ qualitative edge preserved.”
What seems to be on its way are a billion dollars worth of munitions to help the Saudi Air Force to continue its nearly two-year-old bombardment of the Arab world’s poorest country – Yemen. It will take the Saudis millennia to build a civilization like the one they are destroying in Yemen.
And in this destruction, the US is as enthusiastic a participant as the Saudis will ever have. In the vanguard of the US supporters of the Saudi war machine is Republican Senator, John McCain. Thumping the table he told Al Jazeera, “We are in a war.” Then he clarified, “The Saudis are in a war in Yemen and they need weapons.” So Americans must provide (sell) these weapons to the embattled Saudis.
Even though Riedel described the Trump’s arms deal with Riyadh as “fake news”, Trump continues to cast himself as a great salesman.
The last time Trump overplayed his salesmanship was with South Korea. After aggravating tensions with Kim Jong-un in North Korea, he proceeded to be a defender of South Korean interests by promising the state of the art missile defense system. Before his altruism could sink in, he flourished a billion dollar bill for Seoul to pay. The South Koreans promptly voted an anti-American President in Seoul. But it would still be premature to cast Trump as a latter-day Willy Loman in The Death of a Salesman. Just look at the masterly double dealing he is attempting in Qatar.
Creating confusion, Trump’s patented style of diplomacy (and salesmanship), is on show in Qatar yet again.
After having blessed Saudi King Salman’s so-called Sunni Armed Front, Trump watched the Saudi-Qatari falling out with both anger and glee. (Saudi-Qatar antipathy is historic and requires separate treatment.)
Since Trump imagined he had swung huge arms deal with the Saudis (since debunked), he felt obliged to call the recalcitrant Qatar names. He called it “a high-level sponsor of terrorism.”
While he was spewing his anti-Qatar expletives, his Defense Secretary, James Mattis was signing a $12 billion arms deal with his Qatari counterpart, Khalid Al Attiyah. The scene is being set for a perfect cockfight, as my opening couplet suggests. Egg the Saudi on to break with Qatar, promptly dispatch Mattis to Doha to squeeze yet another deal with the nervous Qataris. This would prompt Saudis to come running for more arms – and so on.
I have always maintained that Americans, protected by the Atlantic and the Pacific oceans, will continue to enhance their dependence on what Eisenhower called the military-industrial complex.
Retaliatory consequences of their arms sales in the form of increased terrorism will be borne by Europe which has land and the Mediterranean Sea links with areas in West Asia most affected by the post 9/11 wars. Manchester and London Bridge are only the most recent manifestations of terrorism as revenge.
When I told a senior French official in Paris recently that terrorism in Europe would be unstoppable so long as Saudis have the money to buy US, French, and British arms, he shrugged his shoulders. “When US arms giants Lockheed Martin and Raytheon sign mega deals with the oil-rich GCC, our governments come under pressure from our arms industry which says – please don’t let us fall behind in the global competition.” It is an endless spiral.
Is “revenge” terrorism in the West different from terrorism elsewhere? For instance, 150 members of Afghan police, army and foreigners were killed by suicide bombers outside the German Embassy in Kabul soon after the Manchester attack. The dynamic here is different. Afghan collaborators with a 16-year-old US occupation of Afghanistan are under attack from Taliban, falling back on Afghan nationalism.
What is common in Islamic terror everywhere is the technique: suicide bombing.
This genre was patented by Wahabi, Takfiri thought and will continue until the West lays the blame where it belongs. No Iranian or Hezbollah or indeed Shia militant has yet been found to be a suicide bomber. 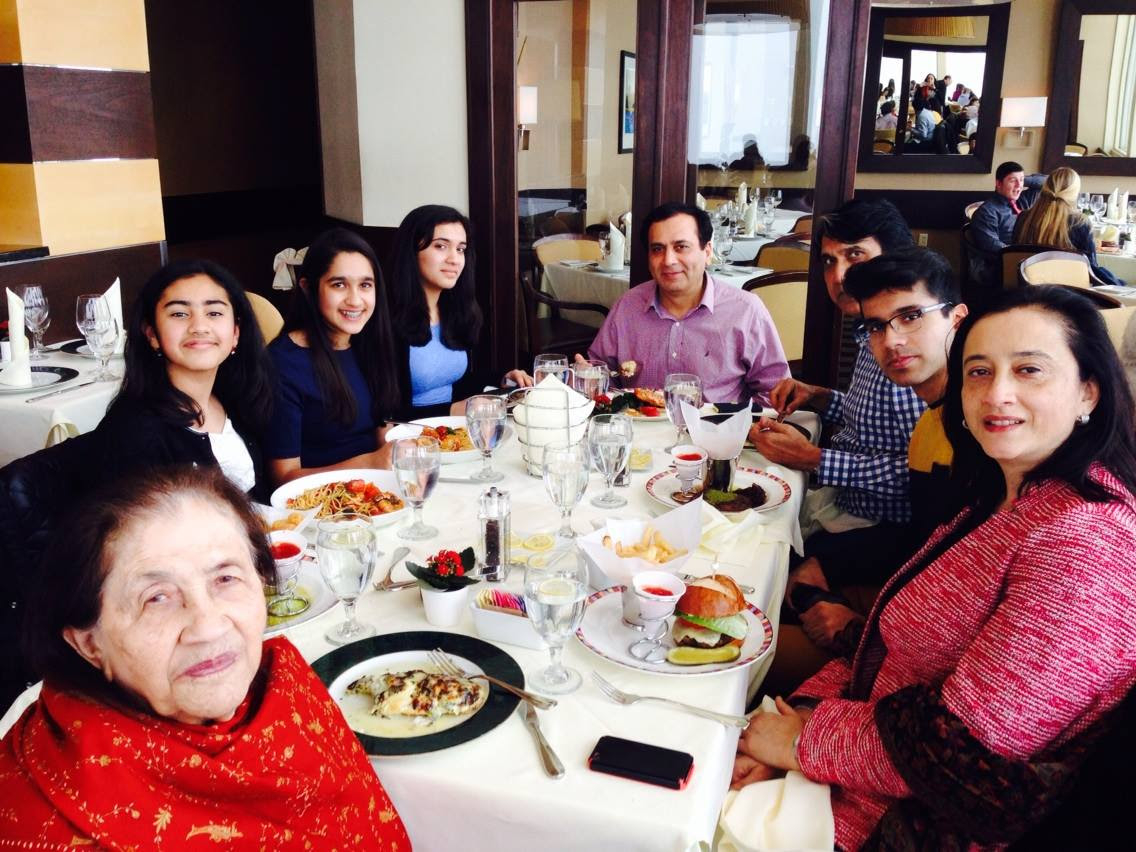 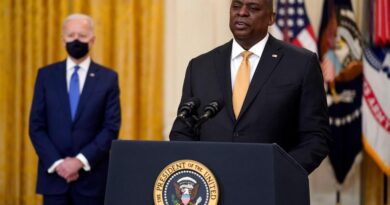