Written by Dr. Shirin Abbas, Copy Edited By Vijaylakshmi Nadar, USA, TIO: In the midst of the COVID pandemic, one face has become the image of resilience—that of the pregnant Jamia student Safoora Zarghar, jailed for her part in the anti-CAA protests, her imprisonment during the pandemic arousing global outrage with human rights groups rallying for her release. Her incarceration in the overcrowded Tihar jail had caused a lot of concern, especially at a time when India was under a strict lockdown to fight the coronavirus pandemic.

Also, Read:Indo-China Face Off: De-escalation of Tension After Meet

With an Indian court granting bail to Safoora recently, social media has been swept with tweets and posts in her favor and seeking blessings for her and her unborn child.

She was more than three months pregnant when she was arrested in April. Police called her a “key conspirator” in anti-Muslim riots that swept Delhi in February, in which 53 people died. Safoora Zargar’s family has strongly denied the allegations, saying that she had only been a part of protests against the controversial citizenship law.

Despite that, Ms. Zargar was charged under the Unlawful Activities Prevention Act (UAPA) – a draconian law that makes it nearly impossible for the accused to get bail.

Recently the Delhi High Court granted her bail in response to a plea filed by a fellow student who said that Ms. Zargar was suffering from medical complications. The government, which had opposed all her bail pleas so far, said it would not oppose it this time on “humanitarian grounds”.

Also, Read: COVID-19 and New Pathways for Artists and Artisans

She has been asked by the court to remain in the city and directed her not to engage in “any activity which would hamper the progress of the investigation” in her case.

Safoora Zargar is among a number of Muslim students and activists who have been jailed since India’s lockdown began on 25 March, leading to accusations that the government is using the pandemic to crackdown on free speech and dissent. As a member of the Jamia Coordination Committee (JCC), a student group at her university, she had been active in organizing peaceful protests against the Citizenship Amendment Act in north-east Delhi. Critics of the law have said that it discriminates against Muslims.

Now six months pregnant, Ms. Zargar soon emerged as the face of state repression against students and activists. In fact, immediately after her arrest rumors had been circulated on social media about her being an unwed mother which were soon laid to rest as friends and family countered the same with pics and posts of her marriage.

“The government of India has been exceedingly intolerant towards free speech and dissent,” Amnesty International India Executive Director Avinash Kumar said in a statement at the time of her arrest. “But to arrest Safoora who is in the second trimester of her pregnancy and send her to an overcrowded prison during the pandemic highlights how brutal is the ongoing clampdown in the country.”

This led her to be attacked by government supporters on social media, who attempted to slut-shame her, posting vulgar comments suggesting she was unmarried and raising questions over her pregnancy.

THE TRAIL OF TERROR

The 27-year-old sociology student at the prestigious Jamia Milia Islamia university was taking a nap on the afternoon at around 2.30 when a police party arrived at their house, her husband, requesting anonymity, revealed.

The officers told them they were from the “special cell” – the anti-terror wing of the Delhi police – and asked her to go with them to their office in central Delhi. They said they wanted to ask her some questions about her involvement in protests against a controversial citizenship law that critics say is discriminatory towards Muslims.

The couple had married 19 months ago, and Ms. Zargar had discovered just weeks earlier that she was pregnant. “She’d been suffering from nausea and was generally feeling lethargic,” he said.

At the police station, Ms. Zargar was questioned for several hours, and at 22:30 she was arrested. That was on 10 April. Police alleged she was a “key conspirator” in riots that swept the area in February, in which 53 people, mostly Muslims, died

Since then till June 23, the day of her release, she had been lodged in Delhi’s overcrowded Tihar jail – at a time when India is under a strict lockdown to fight the coronavirus pandemic and the government’s own advisory says pregnant women are particularly vulnerable to infection.

Ms. Zargar has been charged under the Unlawful Activities Prevention Act (UAPA) – a draconian law that makes it nearly impossible for the accused to get bail.

Since her arrest, she’s been allowed to make only two five-minute calls each to her husband and her lawyer. She has been denied both visits and letters on account of Covid-19 restrictions.

Ms. Zargar is among a number of Muslim students and activists who have been jailed since India’s lockdown began on 25 March, leading to accusations that the government is using the pandemic to crackdown on free speech and dissent.

As a member of the Jamia Coordination Committee (JCC), a student group, she had been active in organizing peaceful protests against the CAA in north-east Delhi.

(With inputs from Agencies)

Also, Read:Comparing The Circumstances: Emergency And The Nation’s Current Travails 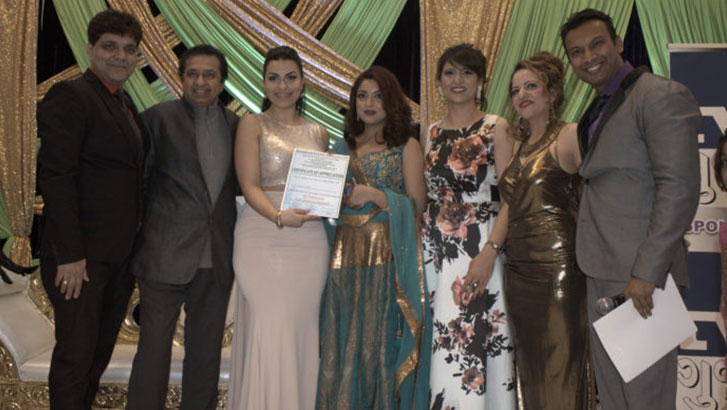 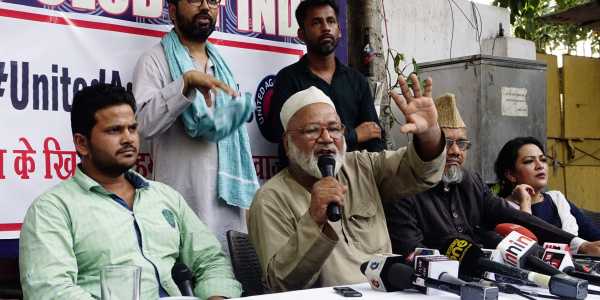