EDITORIAL: By Saeed Naqvi, The India observer, TIO, NJ: “The police here don’t understand Hindi” said my Indian interlocutor on the line from Leicester. “Jai Shri Ram means nothing to them.” That, precisely, is what the anti Muslim marchers were chanting. Apparently, Muslims were doing similar things to agitate the Hindus. The police were overstretched because several units had been moved to London for duty during the Royal funeral.

The export of sub continental communalism into Britain, in driblets so far, has now matured sufficiently to make a spectacle.

No Hindu-Muslim conflict was exported to Britain when I first acquainted myself with such issues during my brief spell at The Sunday Times. It had not been exported because it did not exist. Yes, a huge migrant problem had erupted after Conservative MP, Enoch Powell made his famous “rivers of blood” speech in 1968. “I see the Tiber foaming with blood.”

The kind of conflict I was baptized into was more racial than religious when Bruce Page, senior editor at The Sunday Times told me curtly, “Harry Evans suggests you might have that extra insight into Wolverhampton, Enoch Powell’s constituency in the West Midlands.” Harry Evans short, slight, sparrow of a man, was one of the great editors on Fleet Street.

Upon reaching Wolverhampton, I was confronted with a puzzle. Why had I, a novice in the office, been singled out for this assignment after Enoch set race relations ablaze?

I was puzzled because there was no Indo-Pak or South Asian angle to the story. The street on which Enoch Powell lived was 100 percent occupied by West Indians. The mandatory butcher shop, neighbourhood pub, launderette were all run by blacks. In lonesome splendor, was Enoch Powell’s house?

The earliest migrants from the sub continent yielded amusing stories. The Evening Standard would carry the story about three Pakistan’s arrested at Dover. The next morning’s The Times carried a correction. The three arrested were Indians. What had happened was this: three Sikhs, held at Dover for illegal entry had declared themselves, “Pakistanis”. Later, a correction was published in The Times because documents established them as Indians, a nationality they sought to protect from negative publicity.

Also Read, Tweet & Share: The first genocide of Muslims in independent India is celebrated each year on September 17

This tiny bit of deception, totally bereft of malice, could work only because Englishmen in the 60s had only the haziest notions of a new country called Pakistan. The first contours of the existence of the new country registered on a disturbed English brow when Fazal Mahmood, with 12 wickets, won the Oval test in 1954. Then came the cooks from Sylhet, then East Pakistan, now Bangladesh, jumping ships and opening “Indian” restaurants.” At one stage 90 percent of Indian restaurants in London were owned by Sylhetis.

While Balbir Singh and Diljit Singh concealed their nationality for their quaint reason, Muslims from Mirpur Khas were irked by being taken for Indians. They were therefore extra aggressive in asserting their Pakistanines.

Indians began to emerge in two profiles, that of a hearty pub companion and other, mostly non Punjabis, of being docile and diligent. There was no hostility within groups or even across the boundaries of the two nations. My friend Vinod Mehta, who was to become a famous editor in India, had during his “advertising” days in England, shared a most cheerful house in Surrey with Javed Butt and Mahfouz Rehman from Mirpur and Sylhet respectively.

Oddly, Hindu-Muslim cultural differences surfaced first as Indian and Pakistani variations. A sensitive issue was the Pakistani’s search for halal meat. However sacred the quest, it was an invasion of a very English neighbourhood institution – the butcher’s shop, where women dropped in for crucial purchase, of course, but also general chit-chat about neighbours on whom the butcher, with signature blood marks on the apron, was an encyclopedia.

Even though the Sikhs and their Punjabi brethren sometimes used the front lawn for their clothes line, they made up for this offence in other ways: they preserved family values admired (then) by the English. Indian immigrants always turned up with their families. Mirpuris, on the other hand claimed to have families and children who had been left behind. This disrupted the English gender equilibrium in peculiar ways.

Upto the 60s and 70s, young Indians travelling to the UK were handed a tract by the British High Commission, one of the clauses of which was a gem I shall never forget:

“While in London, you may be invited for tea by a single woman, in her apartment. This must not be taken for license.”

For the much married bachelors from Mirpur, the social mingling across sexes was an opening to something in total contravention of the tract from the High Com. Licentiousness was all.

I was sent to Rochdale to guage social tensions on account of something akin to Love Jihad that the Mirpuris were embarked on. The tragi-comic image from the visit was of three or four young women in a row, shoulder to shoulder, pushing prams. The progeny in the prams had been sired by Mirpuris who had vamoosed, gone without trace. “Look what they gave us” said the angriest of them. “The pram.”

Over a period, the Mirpuris accumulated so much ill will that when race relations deteriorated the expression which defined the racial divide was “Paki bashing”. Expression like Hindu bashing never leapt up in the heat of the moment.

The Indian government began to take sides on issues concerning Hindus only after Atal Behari Vajpayee appointed NRI Bhishm Agnihotri as Special Adviser to the Indian Ambassador in Washington DC on NRI issues. The Indian Diaspora which has turned up for Modi events in such large numbers – Howdy Modi in Houston – owes its origin to days when the BJP had virtually posted its own ambassador in Washington.

The presumption that the British government will sympathize with marchers in Leicester, cocking a snook at Muslims, probably has its origins in post 9/11 global Islamophobia which provided a huge cover for our very own Hindutva when Modi assumed Chief Ministership of Gujarat and Tony Blair ruled Britain. 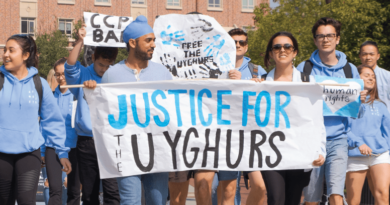 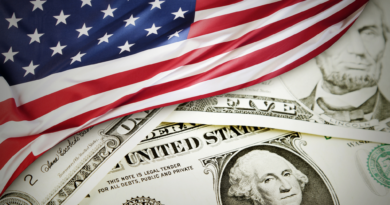 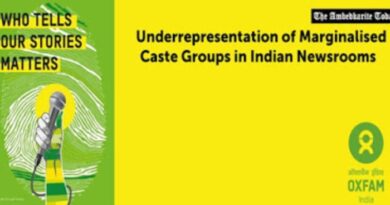