By Vijaylakshmi Nadar, Exclusive for TIO: India, a socialist, liberal, democracy, known for its spirituality and its diversity, is fast hurtling towards an authoritarian regime, the kind seen in Nazi Germany in the 1930s. Neither science nor spirituality has been successful in arresting this freefall into authoritarianism in the last six years. As far as Kashmir goes, where 70 lakh Kashmiris 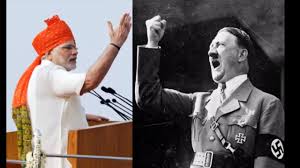 have been incarcerated in their homes and prisons, with minimum care, and Assam, where almost 20 lakh Assamese turned stateless overnight, due to the National Register of Citizens, the stamping of an authoritarian state is complete. The rest of the country watches with bated breath, for who and what next.

The country revered for yoga, for peace and tolerance, unity in diversity, is now guilty of the grossest, vilest human rights violation, whether it is rapes, lynching, incarceration without bail or denial of civil rights, the worst ever that the country has seen, since independence. These violations have been made possible after the entire country was sedated with my country, my religion, my leader and my party is the best, mantra.

The fact that the rest of the world has been slow to react to news of these violations, trickling out courtesy the alternate and international media, like Washington Post, New York Times, BBC and Al Jazeera, because of the collapsing world order, each country dealing with its own reckless leaders, India’s previous track record with human rights and liberty and also the business interests that the western world has with India, has made the situation even worse for Kashmiri’s.

The systematic devastation of the largest democracy in the world, has been made possible with the formation of an incisive BJP IT cell, to first create virulent hate and fear against the Muslim minority, controlling the media, by wooing and threatening them alternatively, the systematic annihilation of the opposition parties by accusing them of Muslim appeasement and linking it to lack of development in the country, then  divesting institutions like the Election Commission, the enforcement agencies, Supreme court of their powers, to garner a spectacular victory for the Narendra Modi government, for the second time.

This victory thrust the country into depression, rather than jubilation. An entire army of trolls is pressed into defending the government, irrespective of its various failures. Just 100 days of Modi, version 2, has caused unbridled devastation in the country’s economy, causing a complete collapse in 21 of the 30 money-making sectors, which is now out in the open, despite the ‘no news’ policy of the national media. To continue to keep a lid on the crumbling economy and joblessness, the government sorely lacking in competence and empathetic solutions have no choice but to carry on its vile agenda of an authoritarian rule!

While Hitler triggered a world war II, the Indian government by putting Pakistan on edge, with a clampdown in Kashmir, can very well trigger a war too, if the Kashmir issue is left to simmer any longer.

Kashmir is on a boil. 39 days of lockdown, and still counting, after the abrogation of Article 370 and Article 37 A of the Indian constitution. The ground for such a rule was fertilized in the last five years and an overwhelming mandate, not entirely real, gave the center, the brute power to reduce the state of Jammu and Kashmir into Union Territories. This constitutionally challenging decision, taken without consulting the state leaders and the citizens, was hurriedly passed by both houses of parliament, within hours, without as much as a discussion.

Caught up in its own propaganda, the Modi government seems clueless of the damage that would follow once the blockade is lifted, which could well cause the kind of bloodshed, not seen in the last 25-30 years of militarism and separatism in the valley.

Just as the entire country was thrust into an economic crisis, following Demonetisation, with no clear agenda, in the first 100 days of the Modi government, Kashmir has become an invisible state, ostensibly to protect it, by forcing it into a state of lockdown. Just as the agenda for demonetization was never clear, the government has still not clarified the reasons for the lockdown and how long it plans to drag it. Careless statements by the national security adviser Ajit Doval, that easing of curbs in the valley would depend on Pakistan’s behavior, just revealed how clueless this government is, about handling the Kashmir imbroglio.

Kashmir has run out of jails, to house the thousands of civilians arrested, including children. Tales of abuse, torture, and deaths by pellet guns are being reported by the concerned media, while national media continues to keep the focus off of Kashmir and Assam.

Along with the media, the Supreme court, by not prioritizing the hearing of the petition challenging the constitutional validity of the abrogation of Article 370, filed by pollical activist and now politician Shehla Rashid,  too has been a severe let down to the Kashmiris and the rest of the country. Despite all this, the center’s insistence that Kashmir is an internal matter, to be handled their way, holds no ground.

The suddenness with which Kashmir was placed under a lockdown, should be an indication of more sinister happenings to follow.

A sniper gun appears mysteriously on the way to the Amarnath shrine, and a scare is raised over the safety of the millions of visiting devotees. Following security concerns, the yatra is canceled overnight and devotes and tourists are sent back, for the first time in the history of the yatra. It had never called off even at the height of the insurgency in the valley in the ’80s and ’90s. Before any questions are raised over this, several thousands of paramilitary forces are airlifted in the valley, supposedly to keep the locals “safe”.  Within hours, it became obvious that the entire state is in a state of a lockdown before the valley is cut off from the rest of the country.

There is a complete shutdown of all communication channels, including phone lines and internet, and movement in and out of Kashmir is severely restricted. The local political leaders like Farooq Abdullah, his son Omar Abdullah, Mehbooba Mufti and other opposition leaders, along with their workers, were totally sidelined, humiliated, detained and then arrested, even as the home minister Amit Shah, blatantly lied from the floor of the parliament that “the leaders were not arrested”. Following an interview with BBC, where young bureaucrat turned politician, Shah Faezal, expressed the real state of affairs in Kashmir, too was arrested.

Any criticism of abrogation of Article 370, which after 47 changes by previous governments, meant very little anyways, was quelled by presenting it as “revenge” for the cleansing of the Kashmiri pandits out of the valley, decades ago. The BJP IT cell got into action, painting Kashmiri’s as ‘parasites’, enjoying subsidies and benefits, at the cost of the rest of the country, to further cut short any sympathy directed at them.

Not many paused to ask whether an average Kashmiri, under constant threat of losing his life and limb, and his liberty, would enjoy the subsidies if any?  And if they really did, why would they risk losing it, by supporting terrorism in the valley.

The Modi government cannot risk any violence breaking out in Kashmir until the September 27, United Nations meeting. However, there is no saying when Kashmiris will be handed back their fundamental rights, to life, with dignity, as stipulated by Article 21 of the Indian constitution.

The Modi government clearly does not understand that the fear, oppression, anguish, and suffering that the Kashmiri’s have been subjected to, may make them feel like victims of an occupied state and could become a rallying point for their demand for freedom in near future. The presence of 700,000 uniformed men in the valley, in the past, have not managed to dim the rebellion, and the presence of a few thousand more may just give their rebellion a fillip.

While the Kashmiri’s struggle to express themselves, it must be remembered that authoritarianism is hardly ever satisfied with a single ‘victory’. It constantly feeds on fresh issues. It started with demonetization, Goods and Services Tax (GST), and now abrogation of Article 370 in Kashmir, besides the National Registry of Citizens (NCR) in Assam, likely to be extended to the rest of the country. With the economy of the country too in a free fall and stock markets registering the worst ever crash in 17 years, the government will require new spins on the authoritarian model to distract. 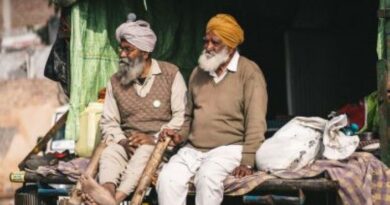 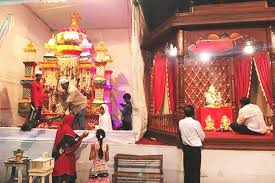 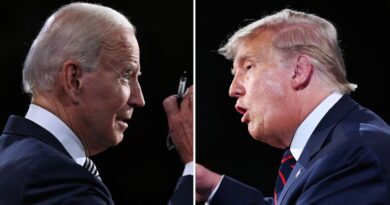