Evidence of Rohingya Muslims in Rakhine state since the 7th century is not accompanied by a narrative of harmony with the Buddhist majority in Burma (Myanmar) throughout this period. But since 1970-80, increased repression, economic deprivation, denial of citizenship rights could possibly be because of the reverberations following the Iranian revolution in 1979.

Saudi Arabia, particularly shaken by the emerging, bipolarity in the Muslim world, took the lead in drumming up an anti-Shia hysteria. Riyadh had an interest in diverting the world’s attention towards Iran because a much bigger danger had reared its head within Saudi society. An anti-monarchy, radical, Islamic group had occupied Islam’s most important mosque in Mecca for weeks almost at the same time as the Iranian revolution. Saudi needed to create Wahabi enclaves wherever they could.

This brief background is essential to understand antecedents to the current exodus of 4,00,000 Rohingyas.

There is a twist to the Rohingya tale, particularly the unprecedented military crackdown in August resulting in the refugee crisis. A source for this narrative has been the unlikely figure of Grand Mufti Ahmed Bader Eddin Mohammad Adib Hassoun, Syria’s highest religious authority on a visit to India last week.

The Mufti deserves to be introduced.

If the conversation is the art of hearing and of being heard, one half of that dictum is totally ignored by this cleric, donning the grandest headgear. Seated at the head of a long dining table, his speech is an unstoppable torrent. In this instance, it serves a purpose: it enables the guests to relish, with dedication, a multi-course feast, something which has gone out of fashion from the current relatively frugal, diplomatic fare.

Scattered throughout the Mufti’s elaborate exposition are nuggets of information. If these are “plants”, why would New Delhi accord hospitality to a cleric at a fairly high level? He met Home Minister, Rajnath Singh. The office of the National Security Adviser gave him quality time, as did Kashmir Chief Minister, Mehbooba Mufti and several others. Clearly, the Mufti is well briefed on the post-conflict mopping up operation in various parts of Syria. There is priceless intelligence scattered all around.

Americans no longer deny that they have from time to time fallen back on militants or terrorist groups as tactical assets. In an interview with Christiane Amanpour, Russian Foreign Minister, Sergey Lavrov made exactly that allegation and Amanpour would not risk a counter-allegation, even a question. Heaven knows what beans Lavrov might spill on live TV.

Since the Mufti’s visit, a disturbing piece of information circulating in some circles concerns the Rohingyas. It makes their plight even more tragic. According to this narrative, the present crisis was precipitated from outside.

The story begins in 2012 when Prince Bandar bin Sultan, former Saudi Ambassador to the US (nicknamed Bandar Bush because of his friendship with George W. Bush), who had then been given the “Syrian portfolio” by the late King Abdullah, invited a Rohingya named Hafiz Taha, to his office in Riyadh.

Taha was given the task to develop “Islamist sleeper cells” in Rakhine. The idea was twofold: to promote Islamism of the Wahabi variety among a people who were otherwise inclined towards a folksy form of Sufism. The second purpose was to sow seeds of long-term conflict in a country abutting China’s Kunming (Yunnan). There is some anxiety in the West that parts of Mandalay are increasingly Chinese dominated.

In her study on the Rohingyas for the Council on Foreign Relations, Eleanor Albert’s version tallies with the Mufti’s narrative on how the trouble started in Rakhine in August. Arakan Rohingya Salvation Army “claimed responsibility for attacks on police and army posts.” Is it any surprise that the government declared ARSA a terrorist organization? It was then that the military mounted a “brutal campaign that destroyed hundreds of Rohingya villages and forced more than five hundred thousand Rohingya to leave Myanmar, approximately half of the Rohingya population out of the country.” 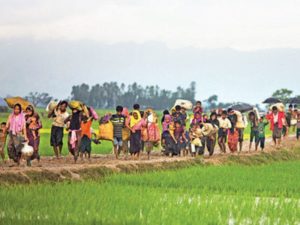 Military brutality never seen in history was then unleashed: security forces allegedly opened fire on fleeing civilians and planted land mines near the border crossings used by the Rohingyas to flee to Bangladesh.

A long-simmering conflict, intensifying over the past decade, was custom made for outsiders to ignite and cause an explosion. This precisely is what appears to have been precipitated in Rakhine state two months ago. “But why would sleeping cells be activated now?”

US Intelligence agencies learned a lesson from turning their back on Afghan militants after they had helped expel the Soviet Union from Afghanistan in 1989. This reservoir of lethal Islam found work for itself in Kashmir, Egypt, Algeria and so on. Since the genie could not be put back in the bottle, Saudis, under western supervision, began to refine Islamic terror as an exportable asset.

Much of the cloak and dagger US operations became public either at Senate hearings on the Hill or through diplomatic leaks. After all, nothing could be hidden from the Russians in Syria because they had boots on the ground.

In the Syrian whodunit, Americans have actually been admitting their mistakes with endearing docility. Remember Secretary of Defence Ashton Carter, his face distinctly in the lower mold, being grilled by a congressional committee, then by the media, for the clumsiness of US Special Operations in Syria? The “moderates” they were training left their weapons with the Al-Nusra Front and sought safe passage. Carter announced, on live cameras, that a $500 million training programme had been discontinued.

Remember Gen. Lloyd Austin admitting to the Armed Services Committee of the Senate that “only four or five” fighters trained by the Americans were “in the fight.”

In an interview with Thomas Friedman of the New York Time in 2015, President Barack Obama admitted that he had not bombed ISI when it first reared its head because “that would have relieved pressure on Iraq’s Shia Prime Minister, Nouri al Maliki” whose departure, and not ISI’s elimination, was a US priority.

The cake for flaunting terrorism as an asset goes to Bandar bin Sultan who promised a “terrorism-free Sochi Olympics” in February 2014 to Vladimir Putin in the Kremlin if only the Russians helped him show Bashar the door out of Damascus.

The plight of those in the Rohingya exodus is, even more, heart breaking because they have no hint of the Kafkian script which has maliciously affiliated then with the externally financed Rohingya Salvation Army, a group they know nothing about. 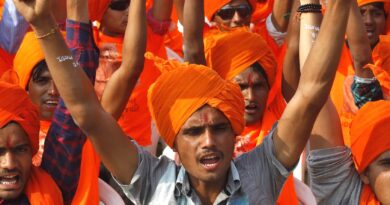 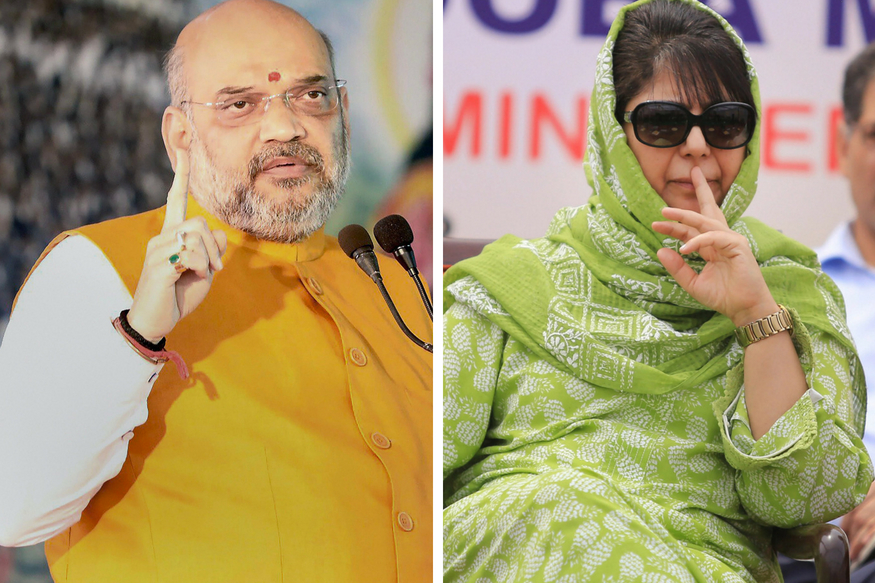 Meaning Of Latest Turn In Kashmir Lies Outside The State 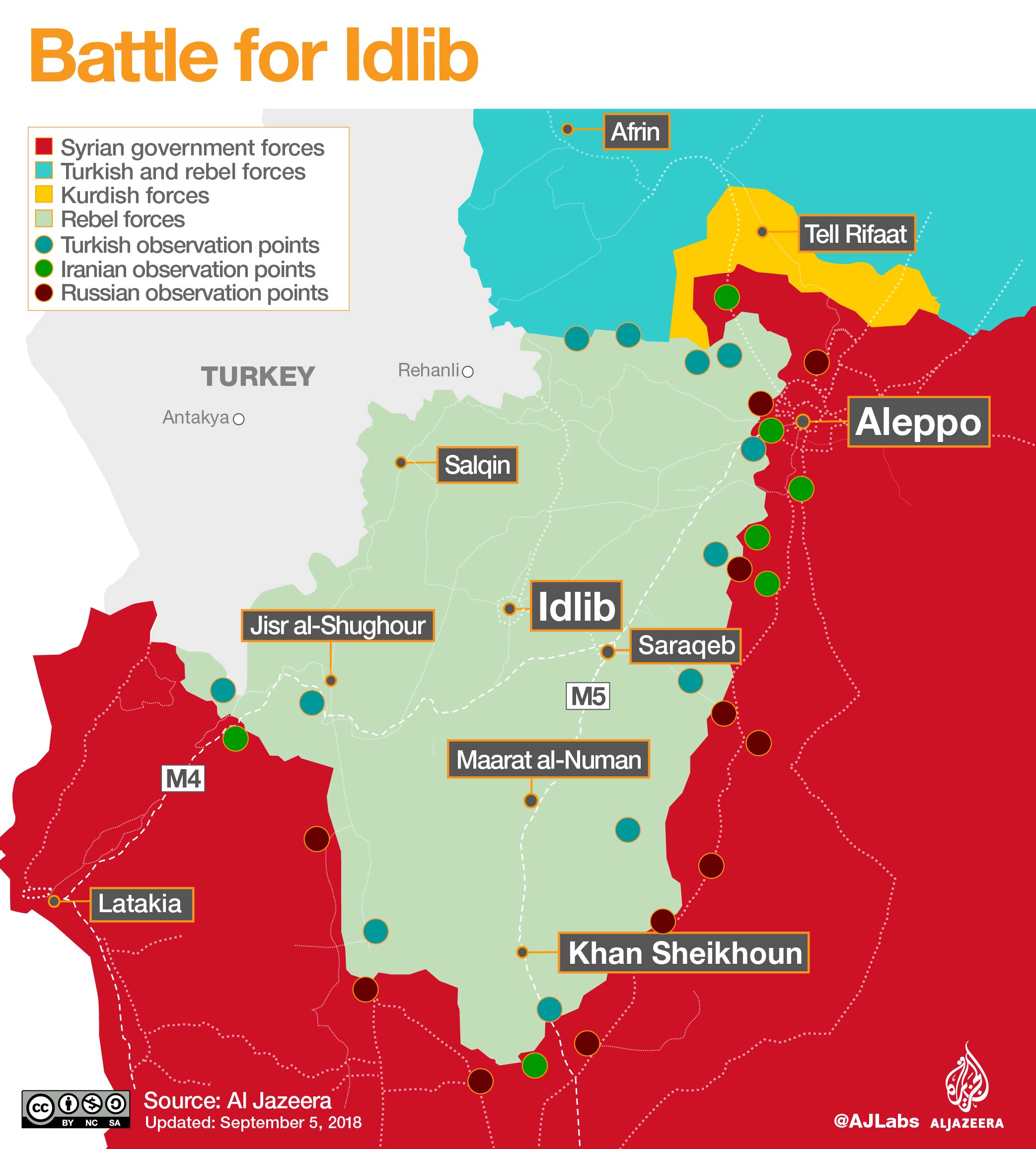