EDITORIAL: By Saeed Naqvi, Copy Edited by Adam Rizvi, TIO: Mullah Nasruddin spread out his ornate carpet on the front lawn of his house. He did  pushups on the carpet to become strong enough to protect his house. . Meanwhile thieves from two separate gates behind him tip toed into his house. Friendly neighbours at the front gate alerted Mullah that his house was about to be burgled by two gangs.

Mullah laughed at them with supreme nonchalance. “You are wrong that they are two gangs”, he said.  “They are together in this scheme and I know what they are upto”.

“What are they upto?” asked the neighbours.

“If I run to chase out one group, the other will steal my carpet” said Mullah, rolling his eyes cunningly, and did another pushup.

The neighbours beat their breasts, even as they saw the burglers cart away every item in Mullah’s house.

The Mullah story possibly has universal application but caution may be in order before transposing it on Rahul Gandhi’s athletic performance at the St.Joseph’s Higher Secondary School, in Mulggumoodubin, Tamil Nadu. He left 10th grade student, Meroli Shenigha, panting for breath in a competition. Rahul, 50 did 14 push ups in 10 seconds, something of a record.

Yen  for physical fitness is in his DNA. His great grandfather, Nehru’s, Yoga was incomplete without an extended shishasana or headstand. But while Nehru was private about his exercises, the great grandson is demonstrative. Nehru may also have been proud of his Kashmiri Pandit heritage, but never of ritual religiosity. In his will , he shunned rituals for his cremation. His colleagues, more “Hindu” than him, thought it unwise to have  the last rites of the countrys first Prime Minister, a Pandit to boot, be concluded without vedic ritual.

Taking his cue from there, Rahul Gandhi’s most reliable town cryer Randeep Surjewala, declared him a “Janeudhari” Brahmin, a  declaration Rahul took to heart, touching base with every temple in town. Not to be outdone, sibling Priyanka, too has been wearing tilaks on her forehead, large enough for a Yogini. She has been dipping in holy rivers in severe cold. If her brother has added gymnastics to his repertoire, Priyanka has fallen back on ethnic tourism in fancy dress. With expert ease she plucked “two leaves and a bud” in Assam’s tea plantations.

The Gandhi siblings are busting their guts to hold onto the carpet as in the Mullah story. As for the Congress party (The House), senior members have already bolted and joined the BJP. The remainder are running helter skelter because the Gandhi family is unwilling to show them the road ahead. It is possible they themselves do not know.

Their Gandhi’s state of funk may have been enhanced last week by Gujarat where, contrary to the promise of 2017, the Congress has been beaten to pulp by the BJP in Local Bodies Elections. Indeed, new entrants, AAP and Owaisi have impressively opened their accounts.

The G23 Congress rebels are what rural folk in North India call Shivji Ki Barat, representing all manner of fauna. Ghulam Nabi Azad has been grieving since atleast the 2019 elections: “They are not asking me to campaign”. Those were days when Rahul, as Congress President had resorted to practical politics : he would not be seen with Muslims during elections because that would enable the BJP to polarize the vote.

What Rahul appears not to have learnt since then is  that policies and strategy, not tricks, build a party’s elan. When in the 2019 general elections, the BJP won 303 seats as opposed to Congress’s 52, Rahul owned up to his responsibility and resigned as Party President.

A chapter in Congress’s and the nation’s political history was over. Or so one had thought. But no, his cohorts like Surjewala would dance around him with deafening chants of “Congress revival”.

(as it is, there are signs of monomania in obsessive Love,

Slowly, one saw him trek back from political  wilderness, to attempt, like Sisyphus, the climb again without ever bothering to ask – why is there so much focus on a leader with 52 members in a House of 545? Why does a media owned by industrialists and controlled by the ruling party, heap such generous attention on the Gandhis?

Because they are no threat. Anything of a leftist hue, with the capacity to mobilize the people on a platform of  roti, kapra, makaan, healthcare, universal free education, must be thwarted. By this criteria, the Congress is no threat. Policy differences between the BJP and the Congress are minimal. Foreign, economic, even social policies are more or less similar. The BJP’s Anti Muslim stance is for Hindu consolidation. The Congress’s  studied neglect of Muslims serves the same purpose, only with better table manners. Also, Gandhis and the residual Congress serve as an essential counterpoint in the BJP’s musical score.

Essentially, the establishment has a high comfort level with two ruling class parties. One of them may be down and out, but it must remain in occupation of that slot. A vaccum will open up chances of confusing, unknown amalgamations, making a  bid for power.

How long can Mother, Son and his sister hang by a thread for sheer survival?  G23 are at the moment,

willing to wound and yet afraid to strike,

Hesitations may well give way to a day of the long knives in May when results to elections in West Bengal, Assam, Tamil Nadu, Kerala and Puducherry will be out. If the Congress does well enough to preserve its self respect in even two of the five states,  the Gandhis may yet be able to keep the carpet. But should they be trounced, in all five, well, they better look out. Little wonder all round uncertainties are promoting a buzz about a National Government, an absurd thought unless the RSS and India inc show interest.

Read More from this Author: Liberal Cleric Sounds Like A Contradiction But Not Kalbe Sadiq 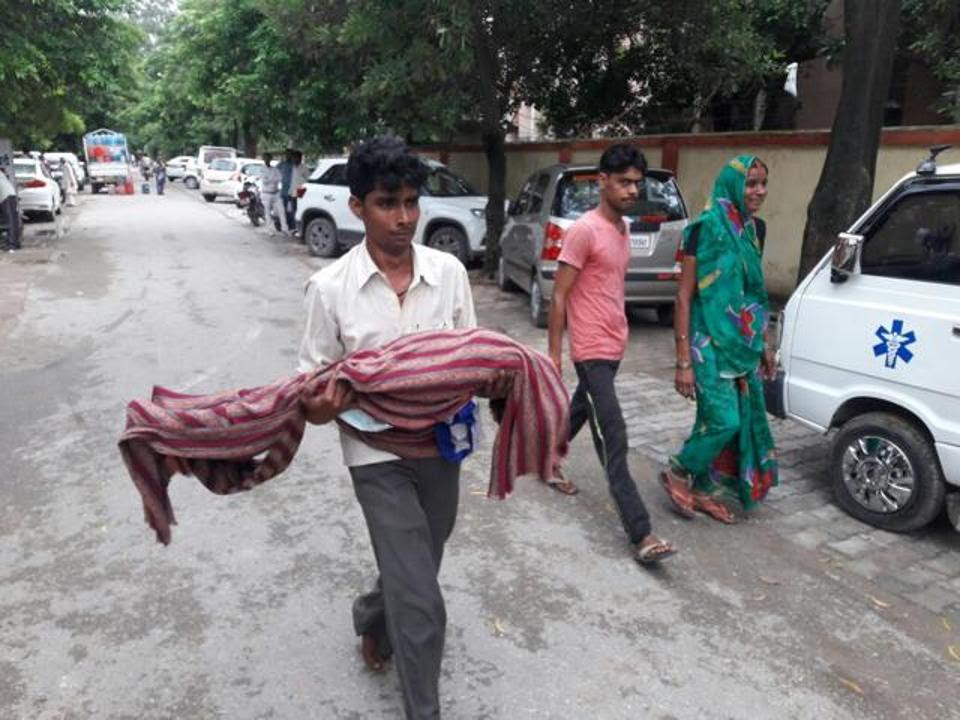 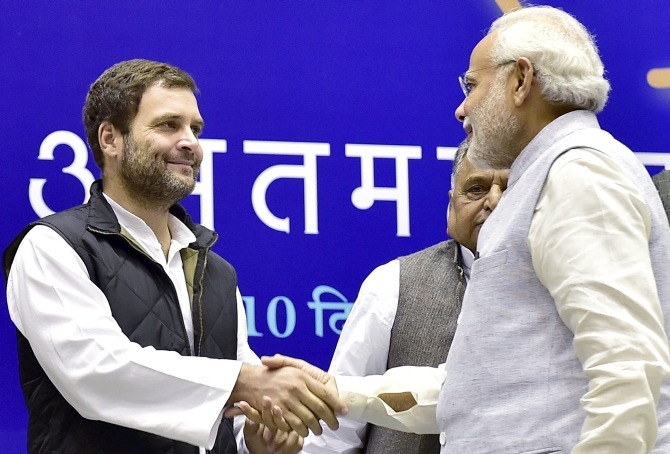 ‘I, me, mine and myself’: Congress critiques PM’s interview 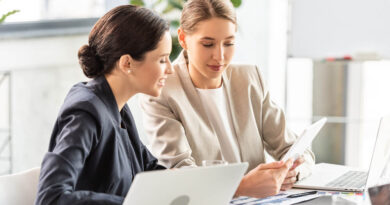