New Delhi, April 22, 2019: An undertrial Tihar jail inmate, belonging to the minority community, was branded with an ‘Om’ symbol allegedly by jail superintendent. A Delhi court on Friday sought an inquiry into the matter.

According to reports, Nabbir alias Popa, lodged in jail number 4, was also deprived of food for two days. He told his family that he was subjected to cruel and inhuman treatment by jail superintendent Rajesh Chauhan, following which the members approached his counsel and moved an application in the court.

“The accused has been subject to cruelty and inhuman treatment in jail by Jail Superintendent Rajesh Chauhan. It is alleged that on April 12, the jail superintendent had burn-imprinted ‘Om’ on the back of the accused and had also deprived him of food for two days,” the court order read.

The order was issued on Wednesday and asked for the report to be filed by Thursday. It is unclear if the report has been filed or not.

There have been several reports of under trial prisoners being tortured or persecuted in jails. Alarmingly, the National Human Rights Commission said in April last year that 21 under trial prisoners affiliated with the Students Islamic Movement of India were tortured, assaulted, persecuted based on their religion and were denied medical treatment.

It said necessary CCTV footage should be collected, in addition to statements of other inmates. “It is further directed that necessary arrangements be made to ensure the safety of accused in jail and he be immediately removed from the direct or indirect supervision of jail superintendent Rajesh Chauhan,” the order read. 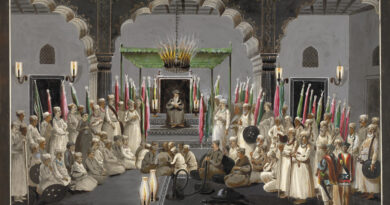 The legacy of Shi’ism in India