By Sushil Silvano, Our Special Correspondent. Edited By Adam Rizvi, TIO: Politics is DIRTY,  rue armchair intellectuals, activists, ” concerned citizens”, bureaucrats, technocrats, Judges et al . The sad fact is that they can do nothing about it. This is the sorry picture that Indian politics has been showing since 1976 when the Emergency was declared for the first time.

The last half-century has transformed Indian politics into a quagmire where money and muscle power have come to dominate and dictate terms. This is what is fashionably called “criminalization of politics “. Sadly, from a vocation, politics has become a profession with all the attendant ills of careerism. It has, in fact, become the last refuge of scoundrels.

Today, the line is so blurred that one does not know if a politician is into crime or a criminal is into politics.

No one political party is to be blamed for this disgraceful fall of the noble tenets of politics– public welfare. All parties are responsible for it without any exception. A scathing observation was made on this subject by the Supreme Court of India on July 21:  NO political party was interested in framing a law to decriminalise politics by banning candidates against whom grave charges have been framed by the courts…the legislative wing of the government has not been keen on taking a step in this direction.”

” There is unity in diversity,” quipped the bench of justices Rohinton F. Nariman and B.R. Gavai. “Unfortunately, we can’t legislate. We have been telling the legislature to take action against the candidates against whom charges have been framed but nothing has been done. Nothing is done and nothing will ever be done by any party,” the court said.

The bench was hearing a contempt petition filed by advocate Brajesh Singh, who alleged willful disobedience of court orders by various political parties during the Bihar assembly elections in 2020.Singh’s petition cited a Supreme Court judgment in February 2020, making it mandatory for all political parties to put up on their websites and also publish in two newspapers information regarding the pending criminal cases against candidates being fielded by them and the reasons for selecting them. Singh contended that several parties failed to put in public domain the details of criminal antecedents of their candidates, apart from just citing their winnability as the factor for picking them.

While delivering its judgment last year, the top court noted an “alarming increase of criminals in politics”. Both the Bharatiya Janata Party (BJP) and the Congress welcomed the verdict at the time, and said it will help deal with the criminalisation of politics.

The order was passed in response to contempt petitions, which, among other things, pointed out that despite directions given by the court in an order on September 25, 2018, for decriminalization of politics, the government and the Election Commission of India (EC) failed to take concrete steps on the issue.

The Supreme Court, in its 2018 judgment, asked for an enactment of a law to decriminalise politics, instructed candidates to fill in details of pending criminal cases against them in the form provided by EC, and ordered the disclosure by parties of the background of the candidates on public platforms.

Senior advocate Vikas Singh, who represented the Election Commission of India, apprised the bench that there were 427 candidates with criminal antecedents who contested the assembly elections in Bihar in 2020. The Rashtriya Janata Dal (RJD) topped the list with 104 tainted candidates, followed by the BJP, which fielded 77 such candidates.

Also Read: Alleged goons and a Bangladeshi are now Indian ministers in the Modi cabinet

Singh pointed out that after the apex court’s judgment in February, the Election Commission (EC) on March 6 wrote to all recognised political parties, making it clear that a failure to abide by the court orders will be treated as a breach under Paragraph 16A of the Election Symbols (Reservation and Allotment) Order, 1968, under which the election symbol of a party can be suspended or withdrawn.

However, senior advocate Kapil Sibal, who appeared for the Nationalist Congress Party (NCP), submitted that there were myriad issues in suspending an election symbol in a polity such as India, where even panchayat polls are conducted on the party’s election symbol. “Should the symbol of a national party be cancelled because directions haven’t been followed in a state or at a panchayat level? These are issues to be pondered over,” he said.

The bench asked Sibal: “Are we then expected to put our hands up in the air? If we don’t go through the route of Paragraph 16A, how do we go about it?”

Sibal replied that the top court should authorise EC under Article 324 (power of superintendence, direction and control of elections) to debar any candidate against whom the charges under offences entailing more than seven years in jail have been framed.

But the bench retorted that a five-judge bench in 2018 clarified that a constitutional court could not issue such directions since there was no provision in the Constitution or any statute to back such a sanction. “But we will definitely think over your suggestion. You give us a note, and we will see what we can do within the parameters of the 2018 judgment,” it said.

The bench added: “What we are sure about is that the legislative branch will never do this. I am sure about this that not in the near future but in any future, they won’t do it.”

Under the Representation of People Act, an MP or an MLA convicted by court and sentenced to imprisonment for a term of more than two years is disqualified from contesting elections for the imprisoned period and a further period of years from his release. There is no provision for disqualifying any candidate prior to conviction. The Act disqualifies a candidate for the use of corrupt practice in the elections, which needs to be proven by another candidate in opposition before a court.

In a separate case, where the Supreme Court is monitoring the constitution of special courts for expediting the trial of sitting MPs and MLAs, statistics have revealed that a total of 4,442 cases were pending against MPs and MLAs in special courts across the country as on September 1, 2020. Out of this, sitting legislators are accused persons in 2,556 cases.

“Winnability is always the chief criteria in picking up candidates and that is why the voters will have to understand this, reject this. For now, the court may censure all the parties in default and issue a warning that if they don’t follow the court orders, 16A (suspension of symbol) will be the final route,” Salve added.

The court also heard counsel for various parties, including the BJP, Congress, Bahujan Samaj Party, Lok Janshakti Party, Communist Party of India (Marxist) and NCP, as it reserved its order on issuing further directions in the matter.

The 17th Lok Sabha has close to half of its new MPs with declared criminal cases.

Out of the 539 winners analysed in Lok Sabha election 2019, 233 MPs have declared criminal cases against themselves.

It is an increase of 44 per cent in the number of MPs with declared criminal cases since 2009.

According to the  Association of Democratic Reforms, nearly half of the current Lok Sabha members have criminal charges against them, a 26% increase as compared to 2014.

Of the 539 winning candidates analysed by the ADR, as many as 233 MPs or 43% have criminal charges.

In the current Lok Sabha, nearly 29% of the cases are related to rape, murder, attempt to murder or crime against women, the non-governmental organisation said.

Eleven winners — five from the BJP, two from the BSP, one each from the Congress, the NCP and the YSR Congress Party, and an Independent — have murder charges against them, the ADR said.

Pragya Singh Thakur,  BJP MP from Bhopal, faces terror charges in connection with the 2008 Malegaon blasts. The Bharatiya Janata Party has faced a lot of criticism for fielding her.

Dean Kuriakose from the Congress, who won from the Idukki constituency in Kerala, has 204 criminal cases against him, including culpable homicide, house trespass, robbery, criminal intimidation, it added.

With criminal-politicians increasing their presence with every election, can we really talk meaningfully  of “de-criminalisation” of Indian politics? 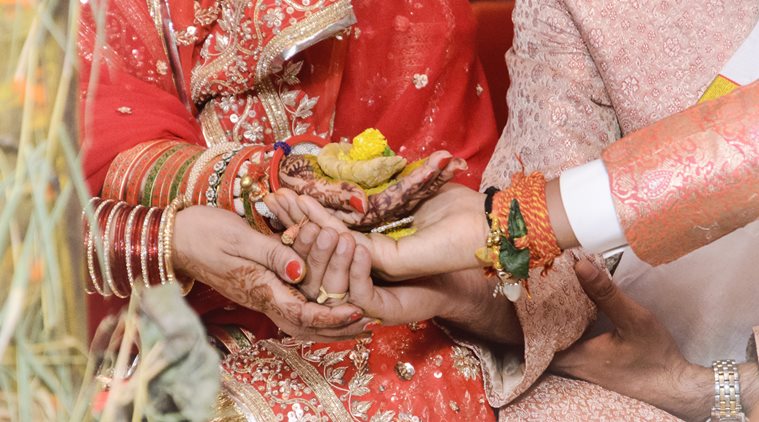