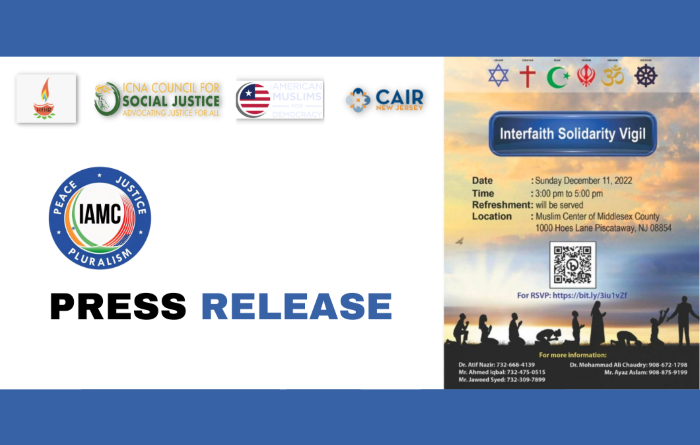 Piscataway, New Jersey (December 14, 2022) – Leaders from the Christian, Jewish, Sikh, and Hindu communities, as well as local elected officials and a representative from the US Attorney General’s Office, gathered at an interfaith solidarity event organized on Sunday, December 11 at the Muslim Center of Middlesex County (MCMC) in Piscataway, NJ, which was recently the target of religious harassment and bias-motivated intimidation.

On November 26, during a mosque event attended by 200 people, a digital billboard truck displaying images of 2008 terrorist attack in Mumbai (India), circled around the parking lot twice. The truck stopped several times before leaving, an act that the local Muslim community has labeled as a clear attempt to harass and intimidate by the Hindu supremacist groups.

“We don’t know who committed the hate incident here at MCMC, but we do know that Hindu nationalists have perpetrated many such hate crimes and incidents in India and around this country and the world,” said Sunita Vishwanath, co-founder of Hindus for Human Rights. “I am here to let you know that there are Hindus who do not stand for such violence and hate, who are centered in love and pluralism… We stand with you today and every day.” 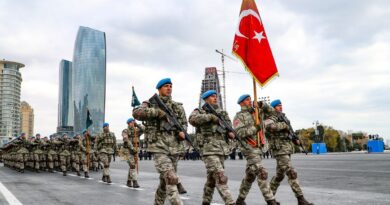 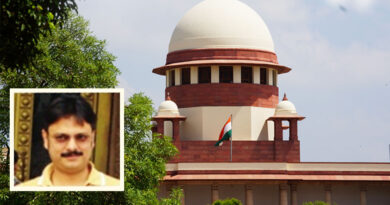 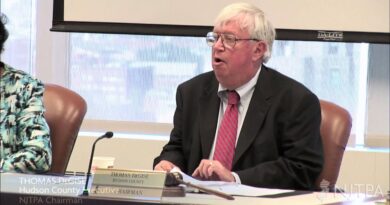