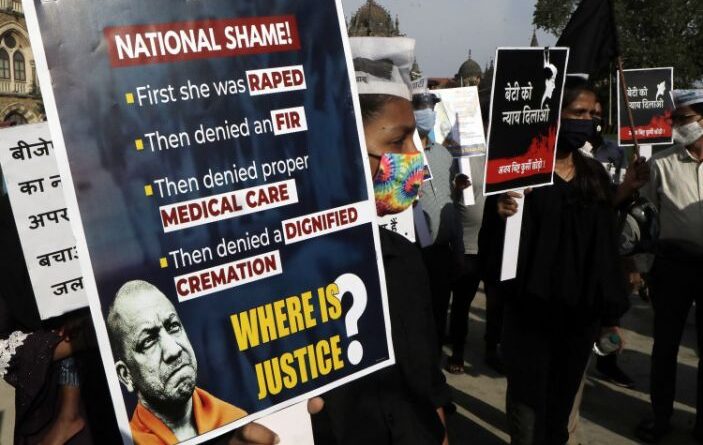 The Horror Of Hathras Yogi’s Latest Gift To The Opposition

This was the great satirist Akbar Allahabadi’s jibe at the senior Agha Khan, dabbling in Indian politics, at the turn of the 20th century. It is difficult to see Samajwadi Party President, Akhilesh Yadav in the same frame as the Agha Khan but Akbar’s couplet does apply to the leader who had once promised to set the Gomti on fire. Akhilesh has been on a reverse journey. Unlike the Agha Khan, he has traveled to London.

At the time of writing, Akhilesh and his family were in London’s Washington hotel, watching the situation from there: the farmers’ agitation, the horror of Hathras, COVID 19 lockdown. The Crown Prince of Samajwadi Party appears to have taken a philosophical view of a string of electoral defeats and a lurking fear of the CBI, Enforcement Directorate, and such like busybodies.

Trust malicious folk to float the rumor that in London he has found the charmed circle: Vijay Mallya, Mehul Choksi, Nirav Modi, Lalit Modi, and sundry whizkids. No evidence has been furnished that Akhilesh has escaped as an economic offender but the rumor mills in Lucknow are working overtime. SP cadres are particularly miffed that neither the founder, Mulayam Singh Yadav nor the President, Akhilesh, were present for the party’s 28th anniversary on October 4.

Bahujan Samaj leader Mayawati’s state of funk is on an even higher scale ever since her loot was exposed during demonetization. Meanwhile, Chief Minister Yogi Adityanath, who mutated from Ajay Mohan Bisht, a thoroughbred Thakur from Kumaon, to a saffron-robed mahant of the Gorakhnath Muth, has clutched his basic identity, a Thakur, firmly. Little wonder this has caused raised eyebrows among other upper castes. Aam Aadmi Party MP Sanjay Singh quoted a survey that accused Yogi of caste bias in employing officials in his government. According to Sanjay Singh, 64% of those inducted across the board were Thakurs. Not only has Sanjay Singh attracted the charge of sedition but 14 other cases have been slapped on party affiliates.

Has the game of unforced errors being played by Yogi left him electorally vulnerable? Byelections in seven assembly seats by the first week of November will provide an occasion to find out. These will be coinciding with the Bihar elections where further uncertainty has been introduced by Ram Vilas Paswan’s death. Where he stood in Bihar’s lineup was a useful guide on which way the cookie would crumble in the state.

The Narendra Modi-Amit Shah one-two punch, in which Mohammad Ali specialized, has so pulverized the pandits that they see no-way-out. There is an English aphorism: “If you France will win, then with Scotland first begin.” In other words, if the duet in New Delhi is formidable, Yogi in Lucknow offers a more vulnerable opening in the parapet – just by his spate of excesses of which Hathras is the latest.

The manner in which the Yogi administration is stumbling along with leaves one with the impression that he is badly advised. It is possible that if advice is given to him, there is in him a natural resistance to it.

Does this style of functioning endear him to power centers in Nagpur and UP? The history of his ascent to the Lucknow gaddi should offer some guidance. Winning 324 of the 403 assembly seats in March 2017, should have led to an easy transfer of power. But it was far from easy. The RSS-BJP High Command had set its heart on Manoj Sinha as Chief Minister. But the Yogi threw a ginger fit. His powerful Hindu Vahini would, like Samson, bring down the edifice if the Yogi’s claims were overlooked. This manner of coming to power would have miffed many who would, presumably, be waiting for him to slip.

The field in UP has opened up for two possible formations: The Congress and, believe it or not, the Aam Aadmi Party which is already in preliminary conversation with those elements in SP who have grown tired of Akhilesh’s indifference. In 2013, the SP was in alliance with the Congress, which proceeded to double-cross its allies. Why did Congress do this? Congress cannot help its irrepressible desire to “revive”. At some stage, there will have to be a conversation with Congress. The fly in that ointment is that AAP is the leader of opposition in a Congress-ruled Punjab.

The 2017 election was no doubt a debacle for the opposition, but there was also plenty of electoral hokey-pokey on the part of the BJP. A catalog of electoral fraud was drawn up but Congress President Sonia Gandhi refused to proceed in what she thought was a controversial matter. What makes cowards of the two ladies in the Gandhi triumvirate is a simple fact. Whisper “Robert Vadra” in their ears, and their knees buckle.

Rahul Gandhi, it must be admitted, has come into his own in recent weeks. I have been skeptical of his ability to “connect” with his interlocutors, his ability to think on his feet, his attention span, and so on. But he appears to have come out of his shell somewhat because he is no longer mincing his words. “Give us back the media and the institutions Modi controls, and he will not last long”, says he. Or “It is a fallacy that Modiji is running the country; Ambani and Adani are.” There is no desperation in his tone. He is simply being more pugnacious than he has ever been before. Possibly because he has spotted the regime’s vulnerabilities.

With the police running amuck on his behalf, the Yogi has achieved the impossible in the state. Except for Thakurs, he has alienated every section – Muslims, Dalits, OBC’s and, after the Vikas Dubey showdown, Brahmins. And in UP it is a rule of thumb: you cannot alienate Brahmins and win. 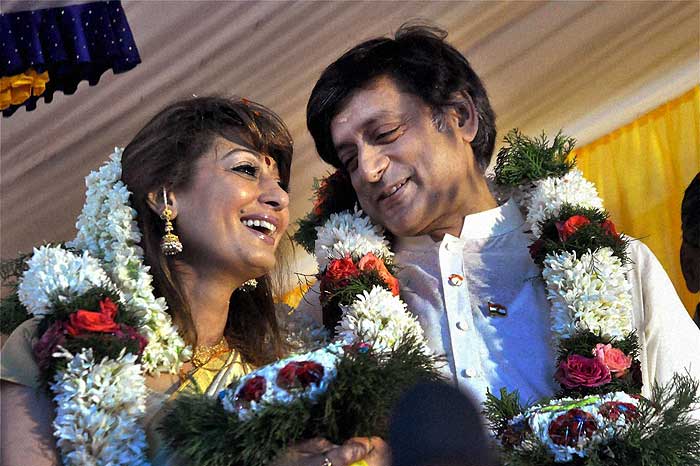 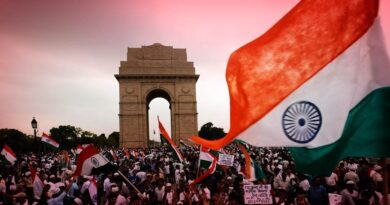 In the Name of Democracy : An Open Letter to the People of India 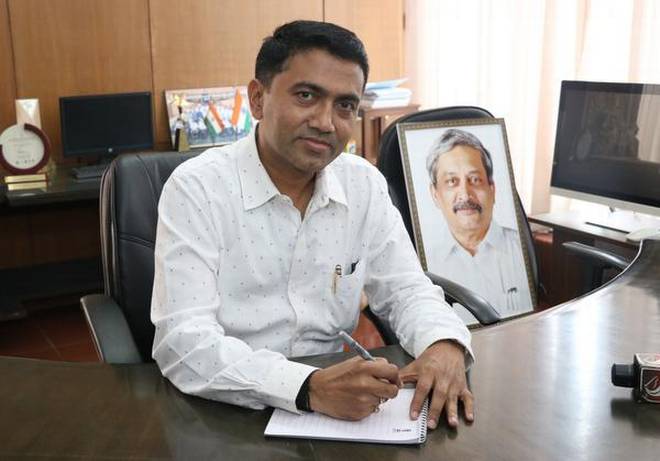