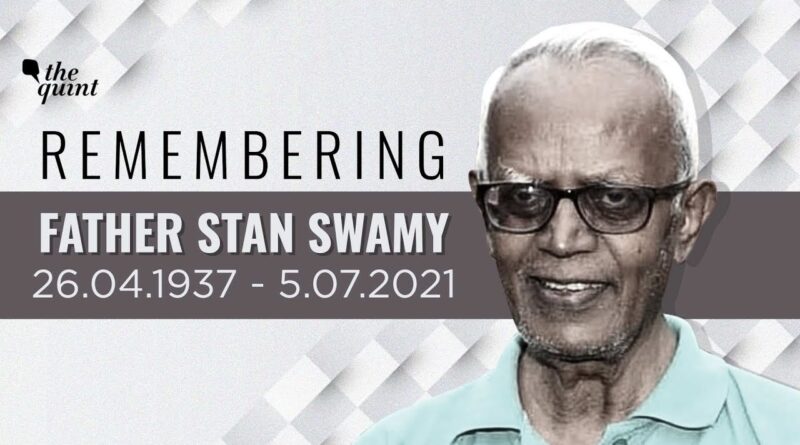 He had filed his umpteenth bail application last week.When the Bombay High Court took up this bail application on Monday, after the weekly recess, Fr.Swamy’s lawyer told the court not to bother as the accused had passed away at 1.30 pm.

Swamy had repeatedly complained of inadequate health facilities at the Taloja prison near Mumbai, where he was jailed to await his trial.

Widely seen as an icon fighting for the rights of Jharkhand’s tribal communities, Stan Swamy had been diagnosed with Parkinson’s Disease before being jailed, and contracted COVID-19 while in prison

The 84-year-old activist was arrested under anti-terror law Unlawful Activities Prevention Law( UAPA) and imprisoned since October in connection with the Elgar Parishad case.

Over the last few months he approached the court repeatedly to flag poor health facilities and neglect by prison officials in ensuring basic medical aid, tests and hygiene for both himself and other accused.

In May, Stan Swamy told the Bombay High Court his health had declined consistently since being jailed, and said that if not granted bail he would die.

Father Stan Swamy was a Jesuit priest and a tribal rights activist based in Jharkhand. He had worked in the state for over three decades on various issues of the on land, forest and labour rights. This includes questioning the non-implementation of the Fifth Schedule of the Constitution, which stipulated setting up of a Tribes Advisory Council with members solely of the adivasi community for their protection, well-being and development in the state.

In a statement given two days before the NIA took him into custody, Swamy had said that he had challenged the “indiscriminate” arrest of thousands of young adivasis and moolvasis with investigating agencies labeling them as “Naxals”.

Swamy had filed a public interest petition in the High Court against the state, asking for all such undertrial prisoners to be released on a personal bond, and the conduct of a speedy trial. He had also sought the appointment of a judicial commission to investigate the reasons for delays in the trial process.

Swamy’s work also involved opposition to the setting up of “land banks”, which he argued would free up land belonging to the community to set up small and big industries.

Swamy’s statement says that his work involved expressing dissent with several policies of the government, and laws enacted in violation of the Constitution.

“This, I believe, is the main reason why the state is keen to put me out of the way. The most feasible way is to implicate me in serious cases and stall the judicial process to give justice to the poor innocent adivasis,” the statement said.

The NIA, which took over the investigation into the Elgar Parishad/Bhima Koregaon case, alleges that all the accused have links with the banned CPI (Maoist). Arrests have been made in the case since 2018 — so far 16 people have been arrested, including activist-lawyer Sudha Bharadwaj, who was working with communities in Chhattisgarh; Nagpur-based lawyer Surendra Gadling; Delhi University associate professor Hany Babu; and three members of the cultural group Kabir Kala Manch.

On January 1, 2018, lakhs of Dalits had gathered near Pune to commemorate the 200th anniversary of the Battle of Bhima Koregaon, which was won by the British army — largely comprising soldiers from the Dalit community — against the Peshwas in 1818. There was violence, with vehicles of those assembled being burnt. One life was lost.

It may be mentioned here that the BJP  was in power in Maharashtra at that time.

On January 8, however, another FIR was filed by Pune police claiming that the violence took place due to an event held on December 31, 2017 called Elgar Parishad at Shaniwar Wada in Pune. The Pune police arrested activists claiming that the event was organised as part of alleged Maoist activity, and that the accused were involved in it.

The NIA had arrested Swamy from Ranchi on October 7 last year, and brought him to Mumbai the next day. The NIA did not seek his custody. Swamy was sent to judicial custody till October 23. The NIA also named Swamy in a supplementary chargesheet along with seven others.

Swamy said that the NIA placed several extracts before him claiming they were taken from his computer implicating his connection to Maoists. “I told them all these were fabrications stealthily put into my computer and I disowned them,” his statement said.

He also denied allegations of Maoist links, and said in the video that he has never been to Bhima Koregaon.

“I would just add that what is happening to me is not unique. Many activists, lawyers, writers, journalists, student leaders, poets, intellectuals and others who stand for the rights of adivasis, Dalits and the marginalised and express their dissent to the ruling powers of the country are being hounded.

The concerns of Mary Lawlor, U.N. Special Rapporteur on Human Rights Defenders, were shared by Eamon Gilmore, EU Special Representative for Human Rights, who said the European Union had been raising the case of Fr. Stan Swamy “repeatedly” with the Indian authorities.

“The news from India today is devastating. Human Rights Defender and Jesuit priest Fr. Stan Swamy has did in custody, nine months after his arrest on false charges of terrorism. Jailing Human Rights Defenders is inexcusable,” said Ms. Lawlor. The U.N. official had on Sunday expressed concern about the deteriorating health condition of Fr. Stan Swamy. She had described the charges against the Jesuit priest as “unfounded”.

Also Read: Bilkis Dadi of Shaheen Bagh and Harsh Mandar to be feted in Chennai

The Ministry of External Affairs is yet to respond to the allegation from Mary Lawlor. The comment from the top U.N. and EU officials on Fr Stan Swamy’s demise comes in the backdrop of multiple international appeals to release him as well as others who are part of the Bhima Koregaon case. A group of Nobel laureates, European Union parliamentarians and human rights activists had demanded the release of Fr Stan Swamy and the rest of the prisoners.

Eamon Gilmore, EU Special Representative for Human Rights, said, “I am very saddened to hear that Fr. Stan Swamy has passed away. A defender of indigenous peoples’ rights, he was held in detention for the past 9 months. The EU had been raising his case repeatedly with the authorities”.

India and the EU have been engaged in a dialogue to defend human rights. Officials from both sides met for the 9th India-EU Human Rights Dialogue on April 12, 2021. “As the world’s two largest democracies, India and the EU reiterated their commitment to human rights. In this context, they emphasised the universality, indivisibility, interdependence and interrelatedness of all human rights,” a Joint Statement issued following the meeting

Meena Kandasamy, a columnist with The New York Times and the Guardian, said. “84-year-old Jesuit Father #StanSwamy has passed away. Let us not talk about this as mere death. This is a judicial murder–and everyone is complicit: NIA, Modi- Shah, the judiciary that never saw the nonsense-upon-stilts which was Bhima Koregaon case, jails, ruling class & media.”

“Shocked to learn about the demise of Father Stan Swamy. He dedicated his life working for tribal rights. I had strongly opposed his arrest and incarceration. The Union Government should be answerable for absolute apathy and non-provision of timely medical services, leading to his death,” Soren said.

“Deeply saddened by the passing of Fr. Stan Swamy. Unjustifiable that a man who fought all through his life for our society’s most downtrodden, had to die in custody. Such travesty of justice should have no place in our democracy. Heartfelt condolences!” Kerala Chief Minister Pinarayi Vijayan said.

Congress leader Priyanka Gandhi Vadra, tweeted: “A humble tribute to Father Stan Swamy. How unfortunate that a person who served the poor and tribals throughout his life and became the voice of human rights, he was denied justice and human rights even in the hour of death.”

“Who in the apparatus of the Indian state will be held responsible for this tragedy? Make no mistake – it is the Indian state that killed Fr. Stan Swamy, who was such a passionate crusader for social justice,” Parliamentarian Jairam Ramesh said.

“Deeply pained & outraged at the death of Father Stan Swamy. A Jesuit priest & social activist he tirelessly helped the marginalised. Draconian UAPA custody, inhuman treatment since October 2020 with no charge established. Accountability must be fixed for this murder in custody,” CPM leader Sitaram Yechury said.

“This is nothing less than murder by the State of one of the gentlest & kindest men I have known. Unfortunately our judicial system is also complicit in this,” lawyer-activist Prashant Bhushan said.

“Just heard that Father Stan Swamy passed away. The Indian Government and our insensitive Judiciary are responsible for all that he went through towards the end of his life,” award-winning Carnatic vocalist TM Krishna said. 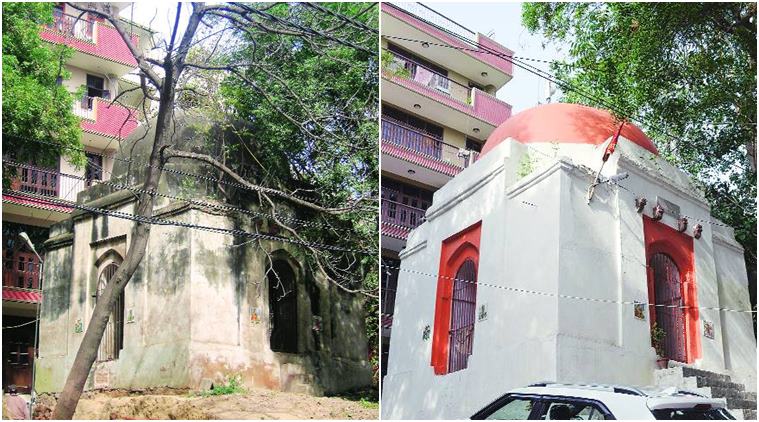 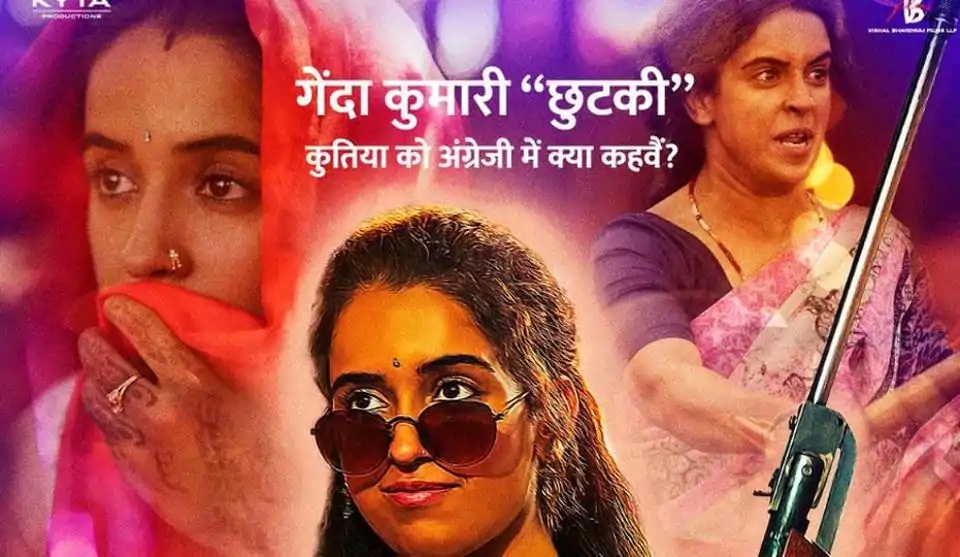 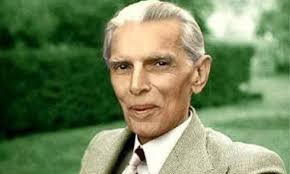