From being a successful danseuse herself, Sufi Kathak Dansuese, Manjari Chaturvedi has reinvented her role. Working furiously ion research for her new book, The Courtesan Project, she is  encapsulating details of the lives of this much talked about but stigmatized lot of women whose cultural contribution to kathak and music, cannot be denied.

The India Observer caught up with Manjari Chaturvedi on a recent Lucknow trip to learn more about her new obsession, The Courtesan Project, a book documenting the lives of the unsung women performers and their contribution to culture.

Originally from Lucknow, Manjari is now settled in Delhi with her husband and young daughter. Motherhood has added a grace and serenity to her face. You can sense the strong spiritual connect with her vocation. 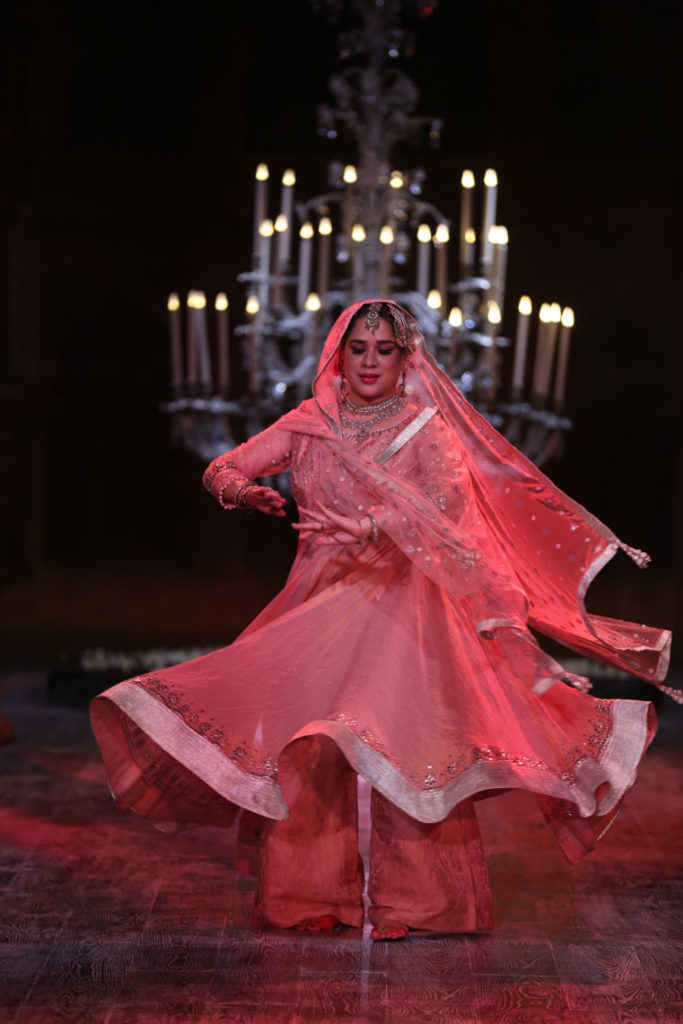 Manjari Chaturvedi first etched her name on the classical canvas as a danseuse experimenting with a fusion of Kathak and Sufism. She seems as though in a trance when she whirls gracefully before an enraptured audience, mesmerizing them with Sufi Kathak. The mystical performances she gave catapulted her to the limelight.

Now, two decades after she started her career in Kathak, and after establishing Sufi Kathak as a dance form, the beautiful danseuse is on another journey of discovery

TIO: Manjari, what has suddenly prompted this fascination in the lives of courtesans? Wasn’t Sufi Kathak a big enough platform to occupy your mind space?

“There was a stage when I wanted to tell mystical stories—love expressed through music. dance and poetry. That is the period when Terey Ishq mein (music video on Gulzar’s poetry) happened. The Sufi Kathak stage was sparked off by this beautiful video shot for Muzzaffar Ali for Raqs-e-Bismil (by Abida Parveen).

“However I finally began to want to give back to the society to which I belonged,” she adds. “So I started a Sufi 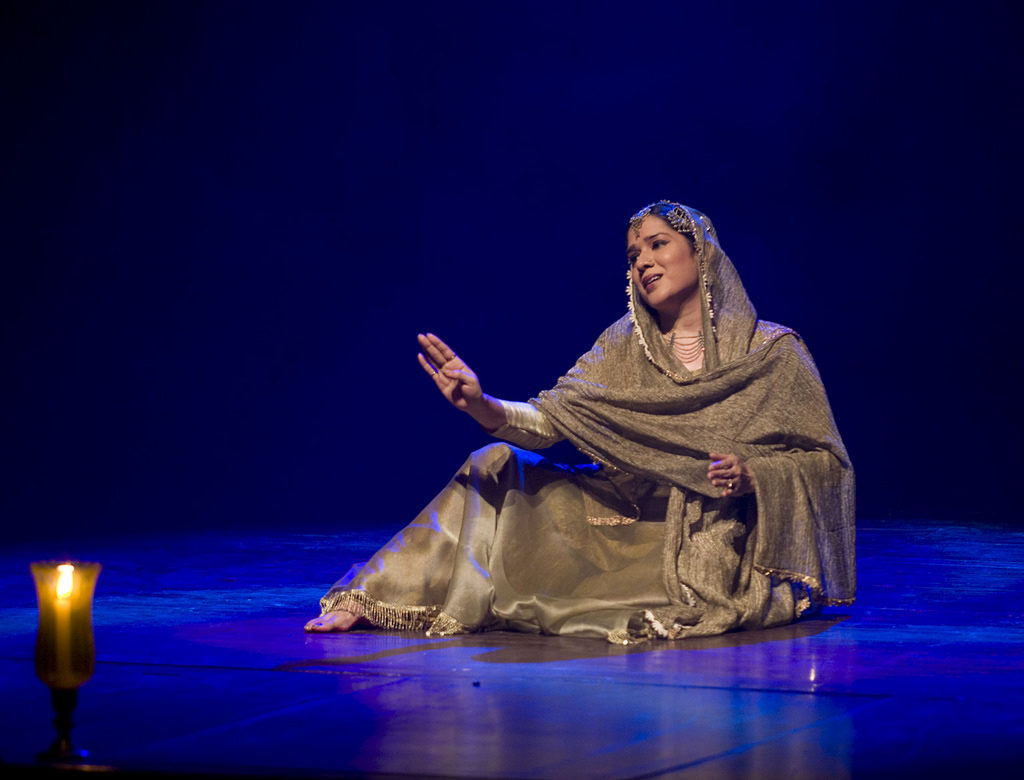 Kathak Foundation which supports impoverished Classical music artistes. I realized these people have no pension, no medical support in their old age.  And even if it is not that, they have their own aspirations and dreams. Like I once asked late Zarina Begum, the last mehfil singer of Avadh, what it was that she really wanted. And do you know what she said, “I want to perform on stage wearing a Benarsi sari—that has been my dream since long.” When I put up that idea to one of our sponsors, whom I would not like to name, the lady retorted, “Ab aisa waqt aa gaya hai ki hum tawaifon ko stage par honour karengey?” (Has such a time come that we should honour these low class cheap performers on stage)?”

Manjari pauses, those limpid eyes almost blurring with pain, and then continues, “I guess that was the academic trigger. Why must we remain stuck upon a certain class of women to respect and honour and ignore others, equally talented if not more, just because they don’t make the societal cut? I was so sad—the social stigma that these women faced was the driving force for me. Where are these women? Where is their art? It is not reflected anywhere in the annals of history and will not be reflected now too. 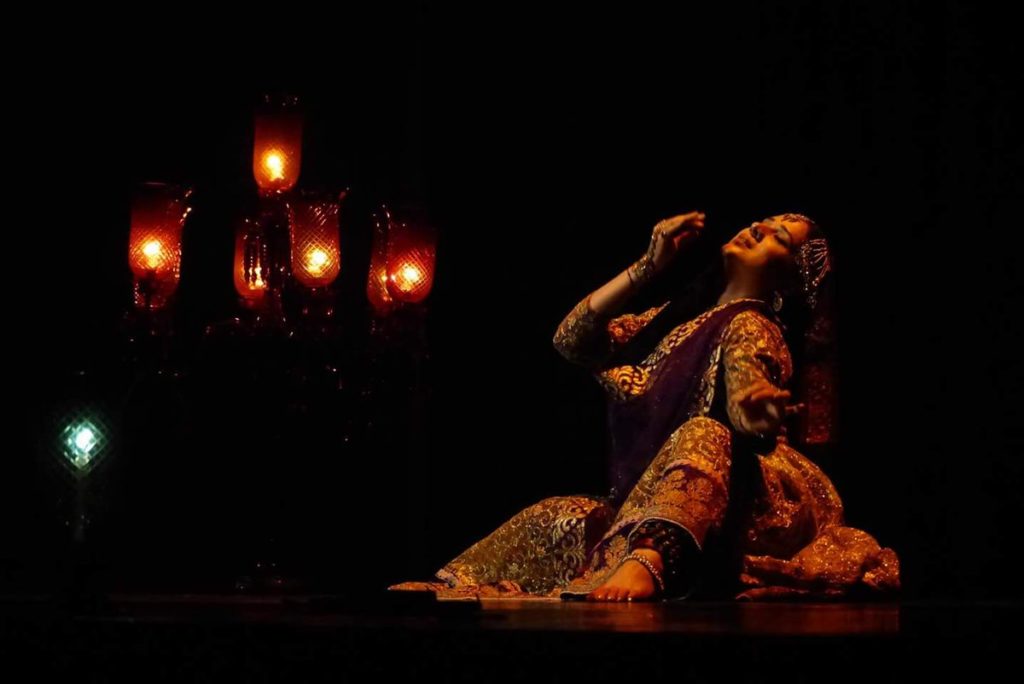 TIO: What do you feel is the problem in recognizing their talent?

“It is our prudery that has made it very difficult to recognize amour, eros, love coming from a woman’s mouth. Both the mujra and the tawaif were very much an integral part of kathak. What is the Salaami ki Aamad taught in kathak but mujra moves? It is a very intimate and nuanced performance for a selective, intimate audience. But the minute you say she is a tawaif, she instantly is looked at with disrespect and subjected to ridicule. Terms like Domni, nautch girls, kothewalis—all get attached to them to bring down their measure as an artiste…even when they were performing for nobles and in royal courts.  In retrospect I feel I should have started chronicling the lives of these women a long time back. Two decades ago. From the time of Kalka Bindadeen, Lachchu Maharaj, Malkajaan, who was the mother of Gauharjaan, Enayat Bai Derowali from Lahore whom Badey Ghulam Ali Khan had once been an accompanist to. Everyone remembers him with respect. But can you imagine the stature of the woman whom he accompanied? Problem is we are looking at the gender then looking at the art, whereas it should be vice versa.”

TIO: The narrative of the Courtesan is almost non-existent. So what were your references for the life and times of Courtesans in your project?

I have taken the time of Partition and Pre-Partition as reference points. I have used a lot of paintings, images of the British period as references. There were some sepia-toned photographs by a British photographer which have proved invaluable. And there have been oral accounts of people who have seen that period live. And then whatever I learnt from artistes like Zarina Begum. I have been associated with her since 2009 and relived a lot of her experiences through her.

Looking forward to the book soon. We appreciate the help extended by Manjari Chaturvedi’s  Sufi Kathak Foundation to Zarina Begum in her last days. The last mehfil singer of Avadh breathed her last recently in a Lucknow hospital. 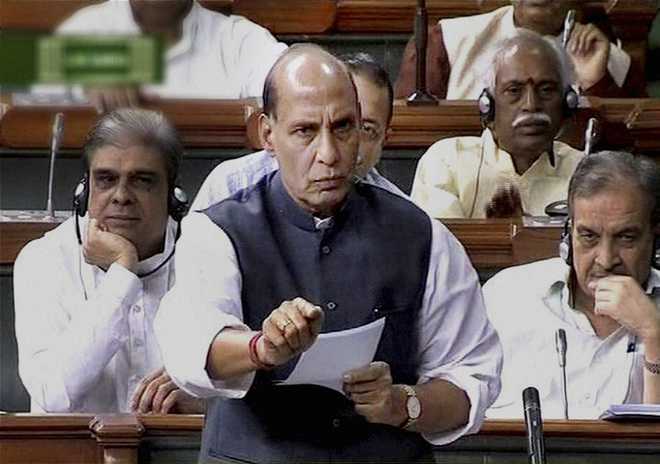 Govt to enact law, if necessary, to curb lynchings: Rajnath