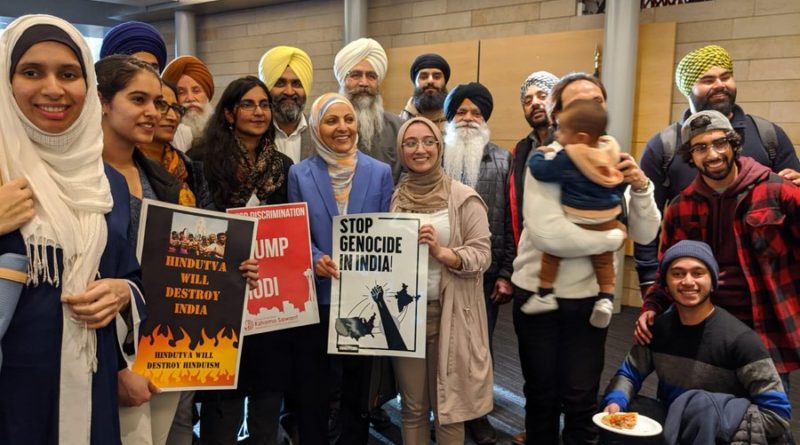 By Vijaylakshmi Nadar, Copy Edited By Adam Rizvi, TIO: Seattle, home to one of the largest, powerful city council, became the first legislative body in the United States to pass a resolution condemning the National Register of Citizen’s (NRC) and the Citizenship Amendment Act (CAA), demanding that the Narendra Modi regime completely rescind the two. The resolution urges the Indian parliament to uphold the Indian Constitution by repealing the CAA, and block NRC, and take steps towards helping refugees by ratifying various UN treaties on refugees instead. 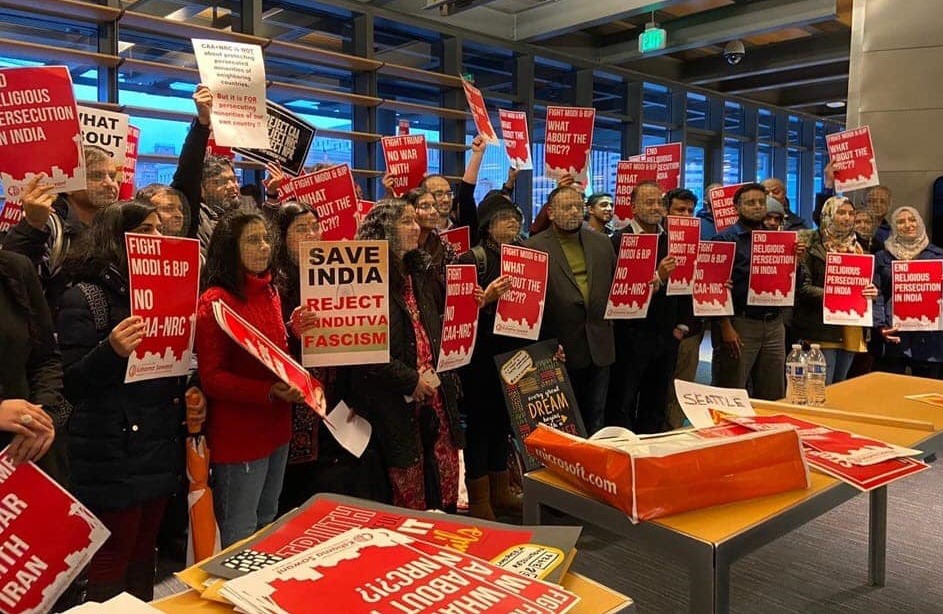 While the Modi regime managed to pass the contentious CAA in December last year, they have been pushed back as far as the NRC is concerned, after an explosion of agitations that erupted spontaneously in the country and internationally as well, where ever there is a large Indian diaspora, besides the USA.

The resolution introduced by a council member, Kshama Sawant, was passed unanimously by the council, despite several pushback attempts by the pro-CAA representatives. “When I first introduced the resolution three weeks ago, maybe only one or two other council members were in support of it, and several of them seemed spooked by the letter sent by the Consul General of India in San Francisco opposing my resolution. It was through determined and unrelenting movement-building, combined with the movement having its own unambiguous voice in my Council office, that we won a unanimous vote yesterday from the city council,” said Sawant. 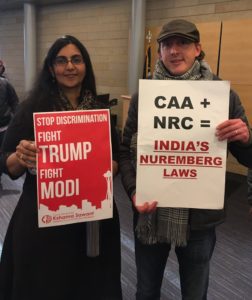 Though the resolution is largely symbolic, it is seen as an important step to push for international momentum and media support against the Modi regime, which has been instrumental in muscling in several controversial acts, like the abrogation of Article 350 in Jammu and Kashmir, just on the strength of their numbers and that of their alliance partners in parliament.

“We need to harness yesterday’s historic victory, to build a powerful movement to actually defeat the ominous rise of the far-right globally, from Modi to Trump. This will require organizing a serious left alternative to the ruling parties, which has failed to address even the most basic needs of working people, and has created a political vacuum that has been seized upon by the far-right”, said Sawant, who represents the Socialist Alternative, in defiance of the two-party system in USA.

The CAA came in for widespread condemnation because it singles out Muslim immigrants, whilst opening the doors for to Hindu, Sikh, Jain, Parsi, and Christian immigrants, from the three neighboring countries of Pakistan, Bangladesh, Afghanistan. When combined with NRC as was done in Assam, the CAA would strip millions of their citizenship and rights. In Assam, the NRC caused a panic, as two million of them spent valuable time and money, to produce documentation to prove their citizenship. NRC not only hurts the Muslims but the poor Hindus as well. CAA was brought in mischievously to give a life-line to citizens of all religions, except the Muslims, which is in total violation of the Indian constitution. 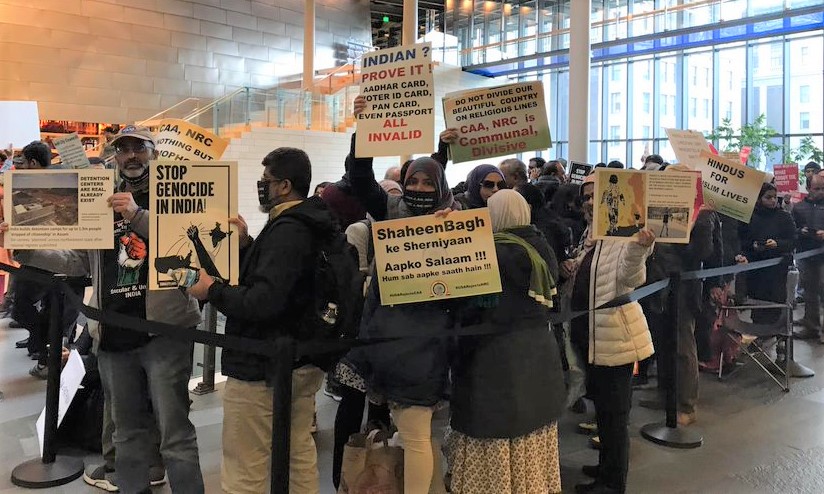 In an identical scenario, seen at various protests against CAA/NRC in India and USA, about 60-70 supporters of the Modi regime and members of the Hindu Swayam Sewak (HSS), the international wing of the Rashtriya Swayam Sewak (RSS), landed at the venue of the council meeting, to influence the council members.

For the council meeting scheduled at 1.30 pm, the pro-CAA supporters, numbering about 75-100, started lining up at the council doors as early as 5 am. To ensure that they were the first in line to offer public comments, before representatives of the anti-CAA protestors, numbering about 500, had their chance to make their comment before the council. “While some city councils like Houston and Sacramento, make room for all the public comments, the Seattle council had just 20 minutes to spare for public comments, which was however extended for an hour by a council ruling”, said Pieter Friedrich, an author, specializing in analysis of historical and current affairs in South Asia, who was there to comment, as part of the anti-CAA group.

The session was hogged by the pro-CAA group, with 90% of the public comments by only by them. By edging themselves in, they thought they had pocketed the outcome of the resolution, but they were in for a shock. They realized soon enough that by heckling the anti-CAA protestors and by indulging in whatabouteries, by pointing accusatory fingers at Pakistan and Bangladesh, by completely disregarding free speech, and by being loud and rude, they only ended up discrediting themselves and their cause. In contrast, the anti-CAA protestors were well behaved and patient despite being denied a chance to comment. 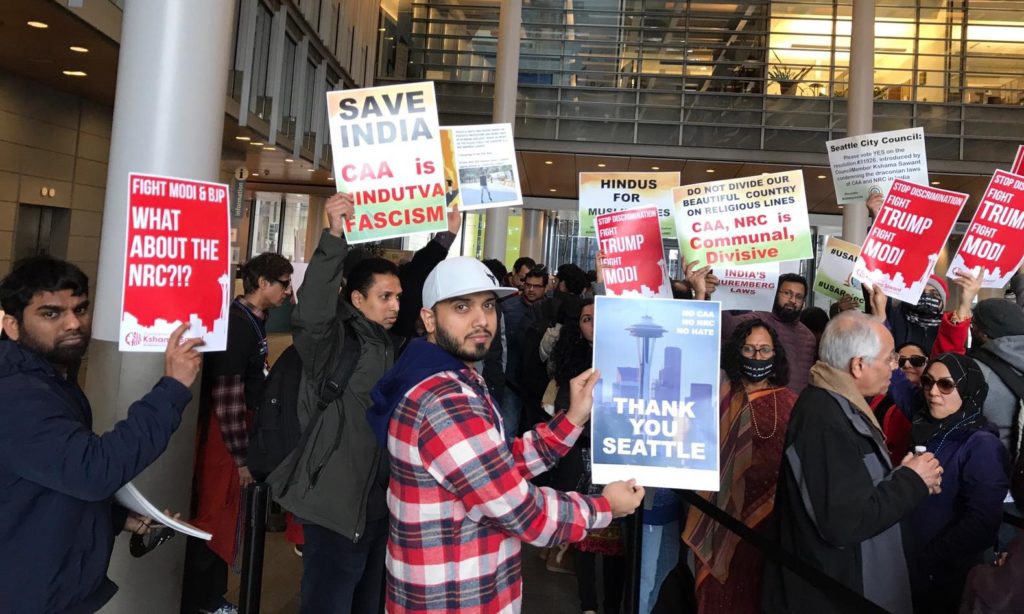 When one of the anti-agitators got up to speak, the pro-CAA group started shouting her down, causing complete chaos, forcing the council to call for a recess. They finally left, after causing a ruckus, when it became obvious which way the voting would happen. While passing the resolution, council members also observed how fraught with religious intolerance the pro-CAA group was.

It was obvious that the pro-CAA group was not an organic lot of protestors but had simply been planted there by HSS. The anti-CAA group, on the other hand, were a diverse lot, with women and children, Hindus, Muslims, Sikhs, and white Americans, all worried about the rising right-wing, fascist tendencies both in the USA and in India and the strong connection between the policies of Modi and Trump.

Seattle a progressive city, with as many as 100,000 Indo-Americans, by virtue of passing the resolution has generated enough media attention, which is important at this point, even to educate locals about who Modi really is and his rise following the 2002 Gujarat pogrom, which earned him the nickname of Butcher of Gujarat. 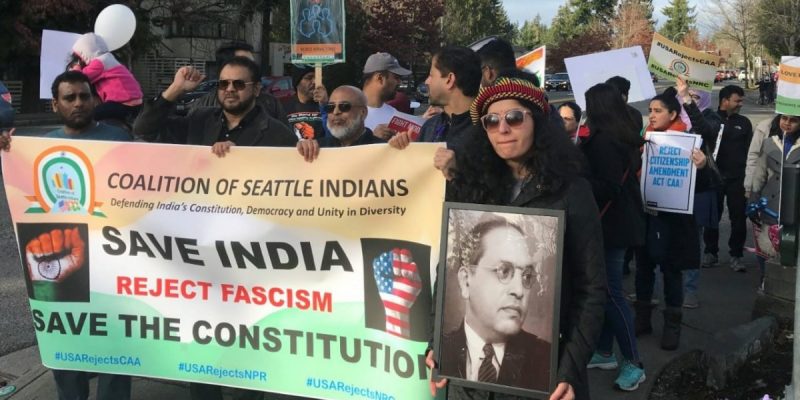 Contrary to what this pro-CAA group thinks, that having a powerful, strong leader in India, will improve their image here, they have succeeded in doing exactly the opposite, with their actions. With impressions of Modi being Zeno-phobic and being an authoritarian gaining momentum, and with increasing anti-immigrant sentiments, besides fears of foreign interference gaining ground here, Indian’s have a lot to worry about too.

Also, Read: India, Metamorphosing Into An Apartheid State Under Modi? 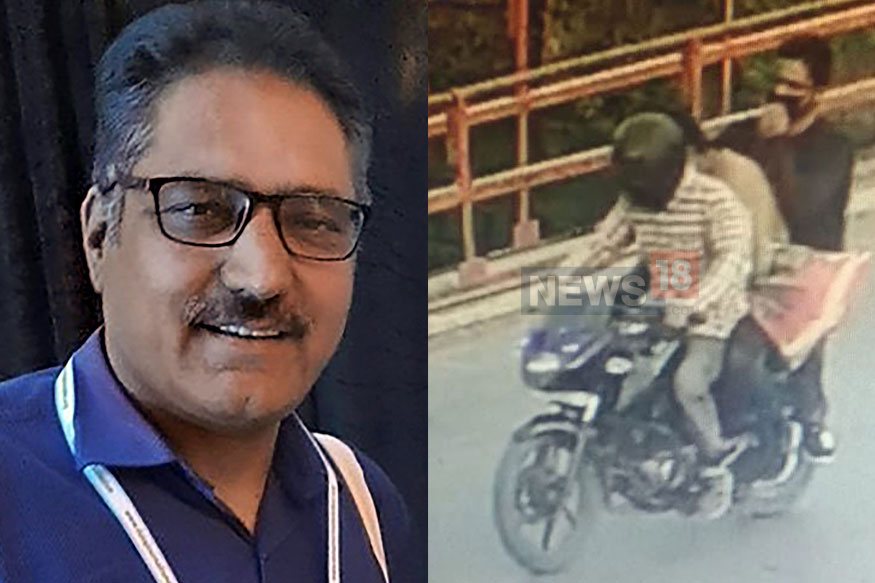 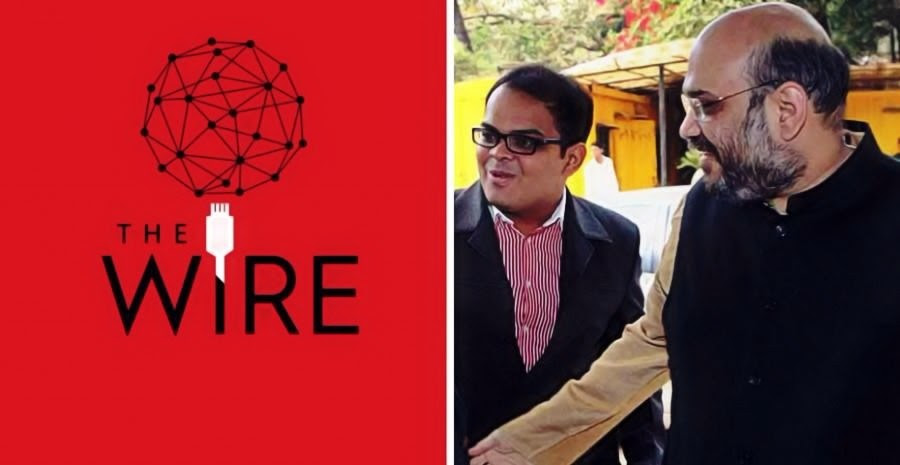 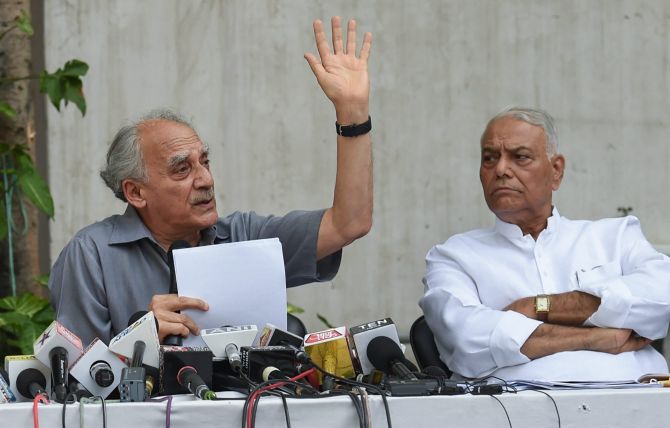