There was nothing wrong on part of the Circular Jail detainees writing petitions to the British. It was an important legal right available to prisoners. Apart from Savarkar, Barin Ghosh, HK Kanjilal and Nand Gopal also submitted petitions. However, it was only Savarkar and Barin who sought forgiveness for their revolutionary past.

By Shamsul Islam, Copy Edited By Adam Rizvi, New York, TIO: An aggressive campaign to rehabilitate VD Savarkar (1883-1966) as a great Indian freedom fighter is underway. He is being touted as a legendary Indian nationalist, a freedom fighter who spent 50 years in the Cellular Jail. His multiple mercy petitions are being hailed as a ruse to secure freedom in order to work for uprooting the British rule.

Last but not the least, he is glorified as a rationalist who fought against Untouchability. Let us compare these claims with the writings of Savarkar and records of his activities available in the archives of the Hindu Mahasabha in order to know the truth.

It is true that Savarkar penned The Indian War of Independence 1857 in 1907 in which he glorified the joint struggle of Hindus and Muslims in the 1857 rebellion. In this tome he underscored the fact that Hindus and Muslims “were both children of the soil of Hindustan…India, therefore, being the common mother of these two, they were brothers by blood”.

However, Savarkar’s incarceration at the Circular Jail brought fundamental changes in his idea of India. His first official biographer, Dhananjay Keer corroborated the fact that while leaving the jail, he gave this mantra: “One God, one country, one goal, one race, one life, one language” which was later concretized as Hindutva.

The reason for discarding commitment to an inclusive India and turning Islamophobic was provided by Savarkar himself: “A large number of the wicked warders consisted of Mussalmans…And the prisoners under them were mostly Hindus. The Hindu prisoners were persecuted…” Savarkar was the only one at the jail who presented the persecution at the hands of warders as a Hindu-Muslim issue.

Barindra Kumar Ghosh (younger brother of Aurobindo Ghosh) in his memoirs made it clear that Muslim prisoners equally suffered at the hands of the jail officials. “In the Andamans, it is they (warder, petty officer, jamadar, etc.) who are in charge of everything and have the authority…Ramlal sits a little cross-wise in the file, giving him two blows on the neck. Mustafa did not get up immediately he was told to, so, pull off his mustache. Baqaullah is late in coming from the latrine, apply the baton and unloose the skin of his posterior – such were the beautiful proceedings by which they maintained discipline in the prison.”

The truth is that Savarkar used the persecution by Muslim jail officials as an alibi to legitimize his abandonment of commitment to Indian nationalism. The renowned historian R C Majumdar, regarded as a true ‘Bhartiya’ by the Hindutva brigade, in his book on the jail, commented: “that the incarceration in the Andamans had produced a great change on the great revolutionary leaders (Savarkar, his brother, and Barin) and their attitude towards the British Government…”

The Muslim League under MA Jinnah demanded Pakistan in March 1940. Long before this, Savarkar had laid down his two-nation theory. In his book Hindutva (1923) he declared India to be the homeland of Hindus only and said that Muslims could not be part of Indian nationhood. He declared: “The root meaning of the word Hindu, like the sister epithet in Hindi, may mean only an Indian, yet as it is we would be straining the usage of words too much ~ we fear, to the point of breaking ~ if we call a Mohomedan (sic) a Hindu because of his being a resident of India.”

Savarkar in his presidential address to the Mahasabha session at Ahmedabad (1937) declared: “There are two antagonistic nations living side by side in India…  there are two nations in the main: the Hindus and the Moslems, in India.”

The Quit India Movement began on 9 August 1942. The British rulers had swiftly responded with mass detentions on August 8 itself. Over 100,000 arrests were made, encompassing the total top leadership of Congress including Gandhi. Hundreds of civilians were killed in the violence, many shot by the police and army. The Congress was banned. During these times of repression, Savarkar announced full support to the British rulers.

Addressing the Mahasabha session at Kanpur (1942) Savarkar outlined the Hindutva strategy in the following words: “The Hindu Mahasabha holds that the leading principle of all practical politics is the policy of Responsive Co-operation (with the British).” He called upon all elected Mahasabha legislators to offer “Responsive Co-operation” unconditionally. What it meant at the political level was unambiguous.

The Hindu Mahasabha and the Muslim League ran coalition governments in Bengal and Sind (and later in NWFP). Defending this collusion Savarkar stated, “In practical politics also the Mahasabha knows that we must advance through reasonable compromises. Witness the fact that only recently in Sind, the Sind

Hindu-Sabha on invitation had taken the responsibility of joining hands with the League itself in running coalition Government. The case of Bengal is well known. Wild Leaguers…as soon as they came in contact with the HM and the coalition Government, under the premiership of Mr. Fazlul Huq and the able leadership of our esteemed Mahasabha leader Dr. Syama Prasad Mookerji, functioned successfully for a year or so to the benefit of both the communities.”

It is to be noted that Mookerji was deputy premier and held the portfolio of suppressing the Quit India Movement in Bengal. The Savarkar rehabilitation squad wants us to forget about the terrible betrayal of Netaji by Savarkar. When Netaji was planning to liberate India militarily, Savarkar offered full military co-operation to the British masters.

Addressing the Mahasabha session at Bhagalpur (1941) he declared: “Our best national interest demands that so far as India’s defense is concerned, Hindudom must ally unhesitatingly, in a spirit of responsive co-operation with the war effort of the Indian government…by joining the Army, Navy and the Aerial forces in as large a number as possible…” According to Mahasabha documents Savarkar was able to inspire 100,000 Hindus to join the ranks of the British armed forces.

Savarkar submitted a minimum of five mercy petitions ~ in 1911, 1913, 1914, 1918, and 1920. Savarkarites claim that these were submitted not as acts of cowardice but because he “wanted to die in action. Finding this the only way, he wrote six letters to the British pleading for his release”. A perusal of the two available mercy petitions shows that these were submissions offering total surrender.

The petition dated 14 November 1913 ended with the following words: “If the government in their manifold beneficence and mercy release me…I am ready to serve the Government in any capacity they like, for as my conversion is conscientious so I hope my future conduct would be. By keeping me in jail nothing can be got in comparison to what would be otherwise. The Mighty alone can afford to be merciful and therefore where else can the prodigal son return but to the parental doors of the Government?”

Also Read: Will India be another Germany under Hitler?

The petition dated 30 March 1920 lamented his revolutionary past and ended with the following words: “The brilliant prospects of my early life all but too soon blighted, have constituted so painfully a source of regret to me that a release would be a new birth and would touch my heart, sensitive and submissive, to kindness so deeply as to render me personally attached and politically useful in future. For often magnanimity wins even where might fails.”

There was nothing wrong on part of the Circular Jail detainees writing petitions to the British. It was an important legal right available to prisoners. Apart from Savarkar, Barin, HK Kanjilal and Nand Gopal also submitted petitions. However, it was only Savarkar and Barin who sought forgiveness for their revolutionary past. Kanjilal and Nand Gopal did not demand any personal favor but the status of political prisoners.

Also Read:Sex Scandals that DO NOT Rock the BJP!!

Savarkar was incarcerated at the Andamans on 4 July 1911 for two life terms (50 years). On 2 May 1921 (after nine years and ten months] he was transferred along with his elder brother, Babarao, to the mainland. He was finally released conditionally on 6 January 1924 (total imprisonment of 12 years and six months) from Yeravda jail. Savarkar is glorified as a rationalist and a crusader against untouchability.

These need to be compared with Savarkar’s beliefs/acts as recorded in the Mahasabha archives. He declared Manu to be the lawgiver for Hindus and emphasized that once we “re-learn the manly lessons” he taught, “our Hindu nation shall prove again as unconquerable and conquering a race as we proved once…” He declared Manusmriti to be “most worshipable after Vedas…  Today Manusmriti is Hindu law”.

He gave a personal guarantee that “the Hindu Mahasabha shall never force any legislation regarding the entry of untouchables in the ancient temples or compel by law any sacred ancient and moral usage or custom prevailing in those temples. In general, the Mahasabha will not back up any Legislation to thrust the reforming views on our Sanatani brothers so far as personal law is concerned”.

Savarkar even suggested to the Queen of England that India before it slips out of her hand “should be handed over to an equal an independent ally of Britain like His Majesty the Nepal King” who was the sovereign of all Hindus of the world. It is a really sad time for the largest democracy in the world that a personality antithetical to all its ideals is being presented as an icon with total disregard to historical facts available even in Hindutva archives.

By Shamsul Islam, (The writer is a retired Professor of Political Science, from the University of Delhi and an author of several books) First Published in The Statesman | New Delhi | November 13, 2021. 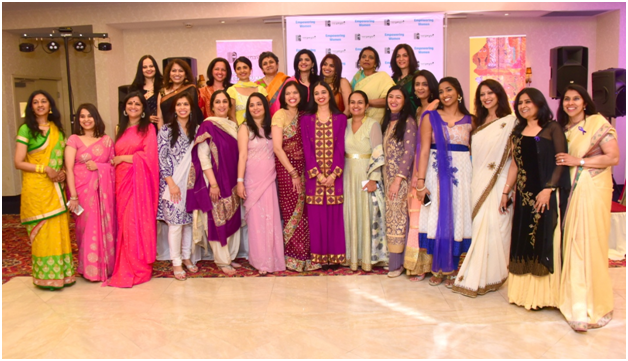 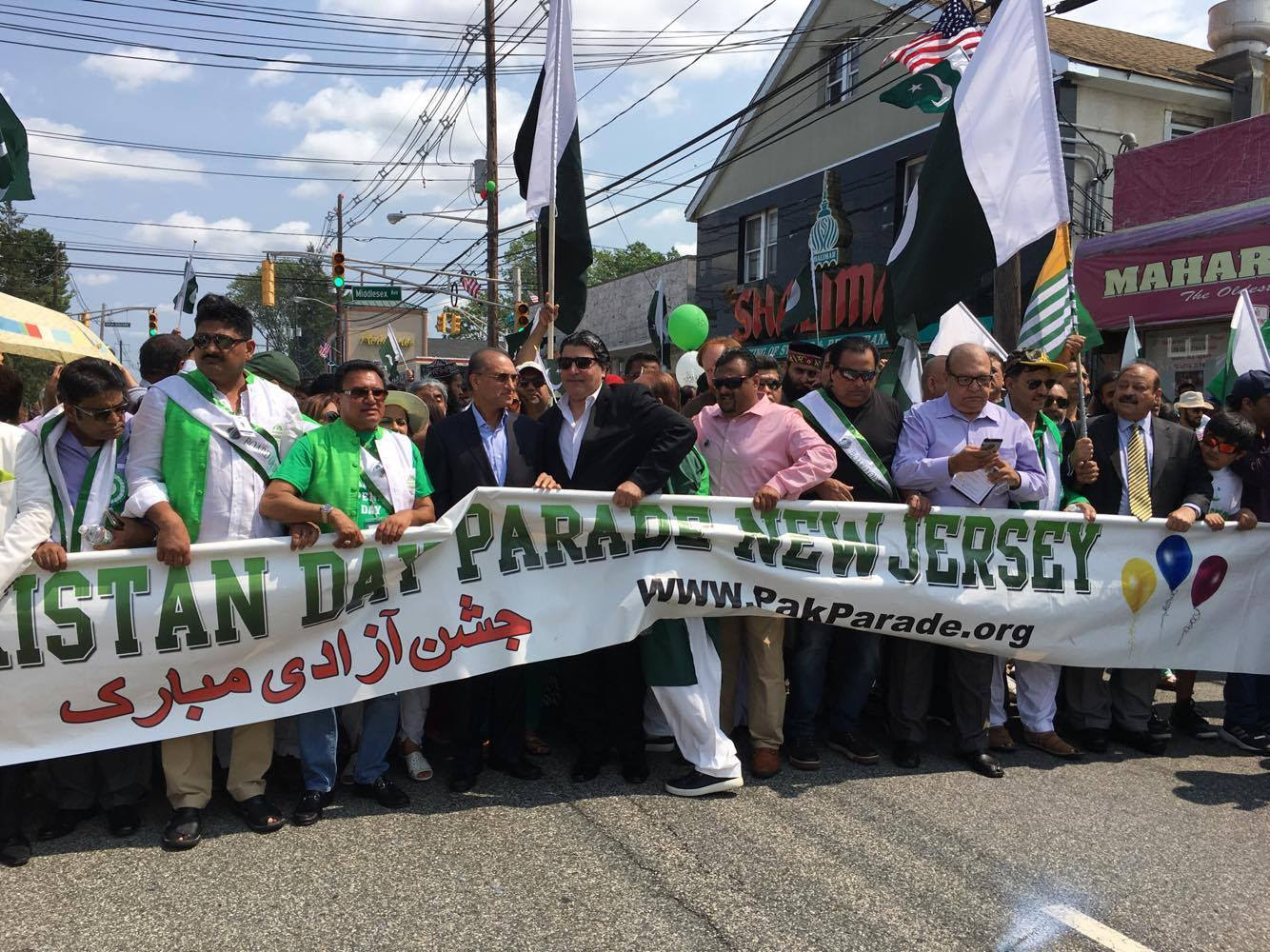 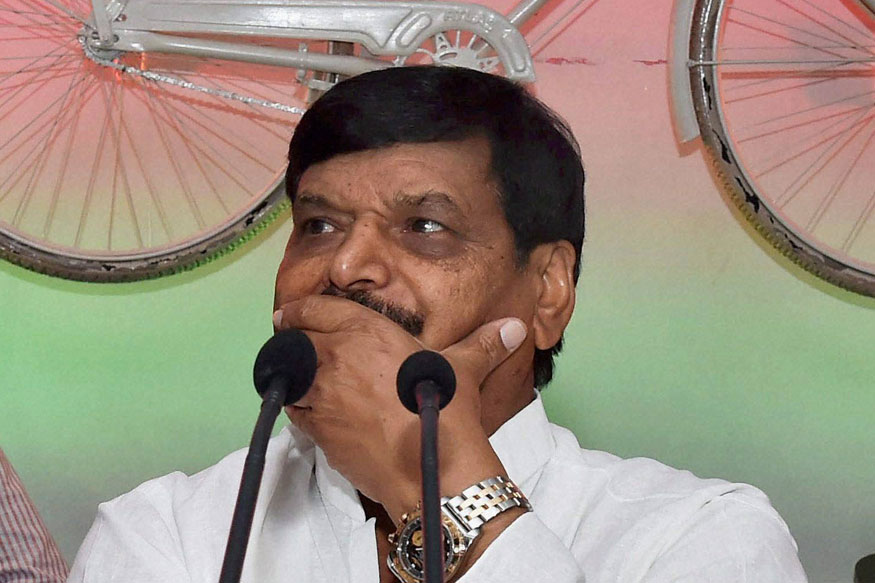