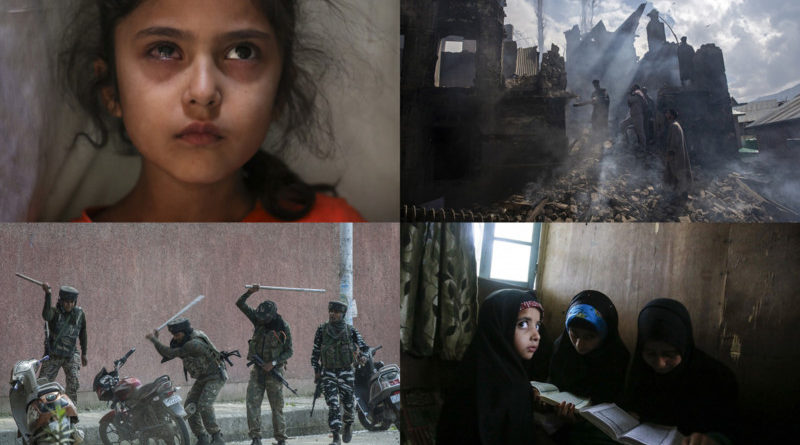 By Dr. Shirin Abbas, TIO: In that sense, Not anyone can be a Pulitzer Award-winning photographer or a journalist. Hailed as “powerful pictures of life” the Pulitzer award-winning entries of three Kashmiri
photojournalists,  assigned with the Associated press may have raked accolades worldwide.

Even back home from Rahul Gandhi and Omar Abdullah, but have stirred a hornet’s rest with. A lot of people taking to trolling the same on social media for being “anti-national” and insulting for the Indian Army. 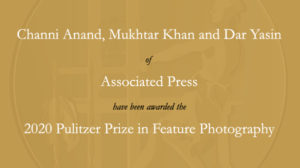 The announcement by Pulitzer Prize board administrator Dana Canedy via Livestream on YouTube
from her living room rather than the usual venue at Colombia University—due to the raging
pandemic, conferred the most prestigious award in journalism upon the three, for capturing
“striking images of life” in Jammu and Kashmir,  in the wake of the Centre’s decision last August
to read down Article 370, which gave special status to the state.
Congress leader Rahul Gandhi and Kashmir politician Omar Abdullah were among those who
congratulated the three.

Also, Read: Magsaysay awardee Sandeep Pandey held while on Protest against CAA
Congratulations to Indian photojournalists Dar Yasin, Mukhtar Khan, and Channi Anand for
winning a Pulitzer Prize for their powerful images of life in Jammu & Kashmir. You make us all
proud, Mr. Gandhi tweeted.
Former Jammu and Kashmir Chief Minister and leader of the National Conference, Mr. Abdullah,
said it has been a difficult year for journalists in Kashmir and that’s saying something
considering the last 30 years haven,t exactly been easy. Congratulations to @daryasin,
@muukhtark_khan &amp; @channiap on this prestigious award. More power to your cameras, Omar
Abdullah wrote on Twitter.

“It’s been a difficult year for journalists in Kashmir that’s saying something considering the last
30 years haven’t exactly been easy. Congratulations
to  @daryasin,  @muukhtark_khan,  @channiap  on this prestigious award.”

The Pulitzer Prizes, the most prestigious awards in American journalism, have been handed out
since 1917 when newspaper publisher Joseph Pulitzer established them in his will.
Iltija Mufti, daughter of ex-Jammu and Kashmir Chief Minister and Peoples Democratic Party chief
Mehbooba Mufti too congratulated the photojournalists with a tweet from her mother’s
account. 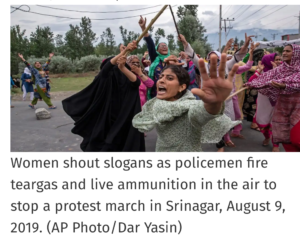 Also, Read: Sandhu takes over as new Indian Envoy to US
The New York Times picked up the most awards this year, collecting three awards, including the
international reporting prize for a series of stories on Russian President Vladimir Putin’s regime.
News agency Reuters won the breaking news photography award for pictures of the Hong Kong
protests. The explanatory reporting prize was awarded to the staff of The Washington Post for a
series that showed the effects of extreme temperatures on the planet.

Also, Read: Top Shi,ite cleric Dr. Kalbe Sadiq Condemns CAA. Blesses the Unafraid Women protesters in Lucknow
However, the award has not come without its criticism. A number of people have taken to the
social media denouncing the same and making angry remarks at Western media for glorifying
terrorism and applauding images that insulted the Indian Army.
A senior police officer in J&K posted the picture of a wailing child of a dead cop and questioned
why that picture was not noticed for an award, sarcastically. 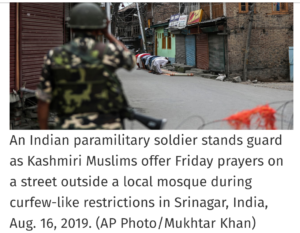 A senior officer of Jammu and
Kashmir police took a jibe at the three photojournalists who were awarded the 2020 Pulitzer
The prize for the pictures they clicked depicting Kashmir post abrogation of Article 370 in August
2019.
Taking to Twitter, Yasin said, Thank you colleagues, friends, brothers. I would just like to say
thank you for standing by us always. It is an honor and a privilege beyond any we could have
ever imagined. It is overwhelming to receive this honor.

Also, Read: India Protests & Mourn the Killing of Iran’s General Qasim Suleimani
Yasin Dar and Mukhtar Khan are journalists based in Srinagar, while Channi Anand is based in
Jammu. 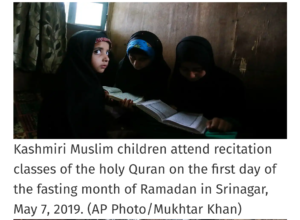 Anand, who like Yasin and Khan work for the Associated Press, said that the award left him
speechless. I was shocked and could not believe it, he said, calling the prize-winning photos a
continuation of the work he has been doing for 20 years.

The officer, Imtiyaz Hussain Mir, took to Twitter and posted a photograph of a grieving daughter
of a police officer who had been killed by terrorists in 2017 in Kashmir.
READ MORE:  https://www.dnaindia.com/india/report-jk-cop-hits-out-at-pulitzer-winning-
photojournalists-shares-picture-of-grieving-daughter-of-martyred-police-officer-2823910 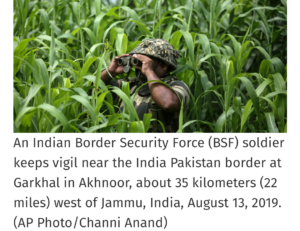 The photographers who were awarded, are, naturally elated. Around midnight Monday, when
Channi Anand, 50, heard his name announced among the winners of the 2020 Pulitzer Prize, he
started crying. Anand could not believe he had become one of the three photographers from
South Asia to achieve the feat this year.

Also, Read: Anthems of resistance spur forward anti CAA-NRC protests across nation
Only a few hours earlier, when he had asked his family to gather around his laptop for the awards
live streaming on YouTube, his son Abhay, 20, a first-year BCom student, had asked him why
were they watching it. ‘Do you expect to get the award’, he had asked. “I had not anticipated it
even then,” Anand said. “All I told him was that my office had asked me to watch it along with my
family, so there must be a reason.”

The other two to win the prestigious award along with Channi Anand are Mukhtar Khan and Yasin
Dar from Kashmir. Working for Associated Press, all the three have been awarded in the category
of feature photography, for showing through their cameras the images of life in Jammu and
Kashmir post abrogation of  Article 370.

(With inputs from PTI, AFP, and Reuters) 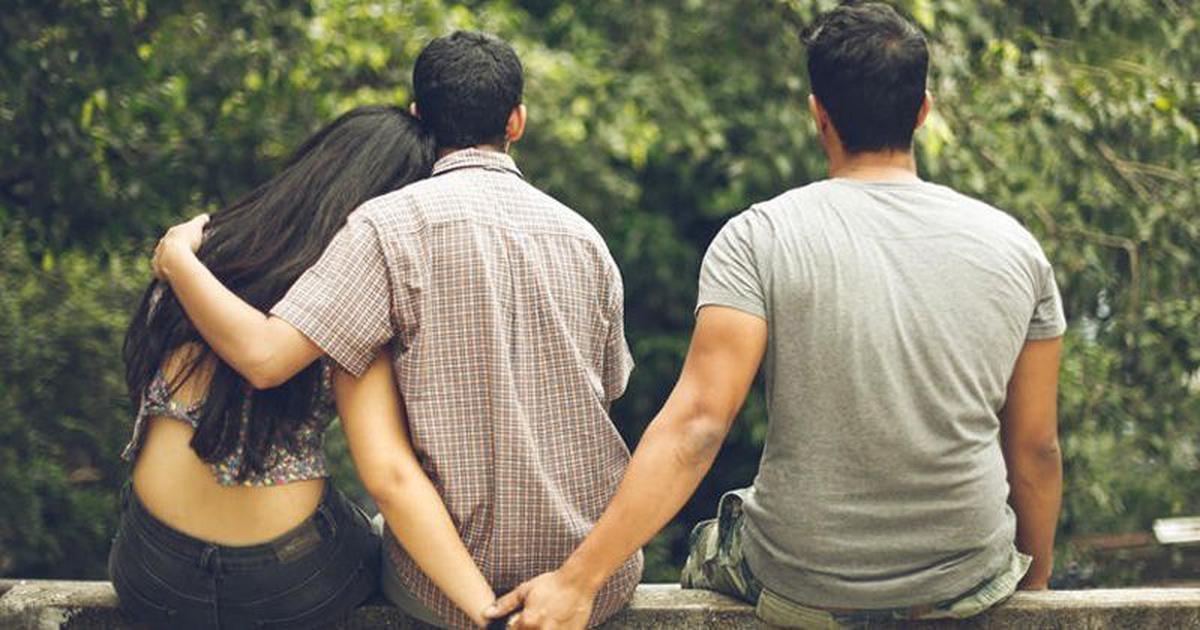 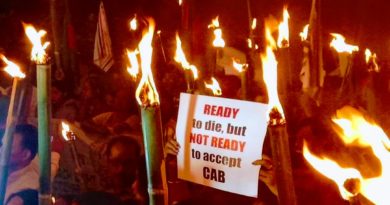