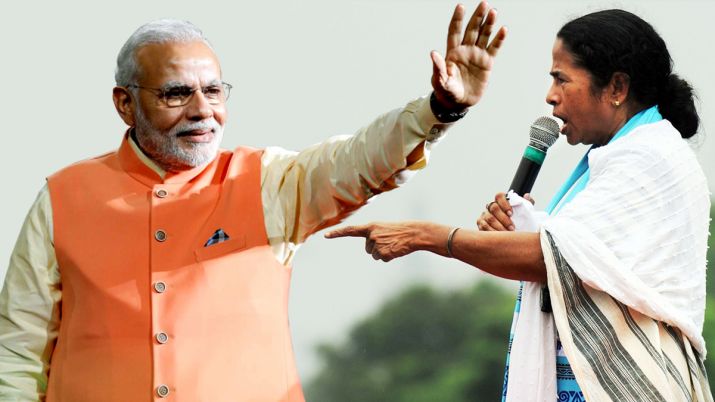 By Arup Chanda, Copy Edited By Adam Rizvi, USA, TIO: Indian Prime Minister Narendra Modi’s popularity graph not only within the country but also in the international arena is at its lowest ebb.

Not only for mishandling the Covid19 crisis with the second wave recording hundreds of thousands of deaths within the country by being complacent and claiming to have won over the “Coronavirus battle” and criminally negligent but also losing politically.

During the Assembly elections in five states, Modi was the mascot of India’s ruling Hindu nationalist Bharatiya Janata Party but in three states his nose was badly rubbed by the electorate. Modi and Indian’s home minister had targeted West Bengal, a state in Indian’s eastern part and predominantly inhabited by Bengalis both Hindus and Muslims.

Before the elections, BJP leaders had claimed that they would form governments in Tamil Nadu and do far better than having a lone legislator in Left Front ruled another southern Indian state of Kerala. As the eight-phase polls continued for more than a month in West Bengal, Modi and Shah had thundered that they would win 200 out of 294 Assembly seats in Bengal to capture the state.

What happened, in reality, was different.

The poll was Tamil Nadu’s first assembly election after the demises of the two most prominent Chief Ministers in the state’s modern history, J. Jayalalithaa—general secretary of the AIADMK, and M. Karunanidhi—president of the DMK, who died in 2016 and 2018 respectively.

The SPA amassed 159 seats, with the DMK alone winning in 133 constituencies, securing an absolute majority. The NDA won 75 seats, out of which 66 were of the AIADMK. Its alliance partner the BJP could win only four seats.

The situation in Kerala was worse as the Left Democratic Front led by the Communist Party of India retained power winning 99 out of the total of 140 seats, eight more than the previous election. The United Democratic Front led by Congress won 41 seats, six less than the last time. The BJP scored a duck as the Malayalee electorate made it bite the dust.

The Modi-Shah duo despite claims was badly rejected by the West Bengal electorate though it was very upbeat and wanted to teach a lesson to the Bengalis who had always rejected Hindu chauvinist parties though the founder of the Jan Sangh Shayama Prasad Mukherjee was a Bengali. Jan Sangh later in 1980 became the BJP.

Why were the rabid Hindutva forces upbeat about winning West Bengal and dominating the Bengalis?

In India’s 2019 general parliamentary elections, the BJP won 18 out of 42 seats in Bengal getting around 40 percent of the votes. It was 16 seats more than the only two seats it had won in the 2014 general polls and the swing in its favor was 22.76 percent.

During the 2016 Assembly polls, the BJP could win only three seats but in 2019, the Hindu party managed to take a lead in 121 Assembly segments. As such, it was in an aggressive and in particular wanted to crush the Bengali nation as more than 30 percent of the electorate in Bengal are Muslims.

But their hopes were dashed because of Modi’s vulgar screams of  “Didi O Didi” during the poll campaign, Shah’s bombastic claims and threats to the Bengali nation as a whole, and all speeches being delivered in Hindi! The entire Muslim electorate as well as women who constitute 49 percent backed Mamata.

The Hindu party managed to win only 77 Assembly seats while West Bengal chief minister and Trinamool Congress supremo Mamata Banerjee won a whopping number of 213 seats out of a total of 294. While the TMC got around 48 percent votes the BJP’s vote share reduced by two percent.

The results of the Assembly elections in India empowered several chief ministers who started defying Modi the prime minister. Chief Minister of Delhi state Arvind Kejriwal telecasted his speech during a meeting with the Prime Minister for which Modi took umbrage while the chief minister of an eastern Indian state Jharkhand Hemant Soren called him a “Mann ki Baat” prime minister who lectured but never listened to the people!

But the worse was to come from Bengal chief minister Mamata Banerjee who put him in his shoes and reminded him that all chief ministers in India were elected by the people and he cannot take them for granted.

For the first time during seven years of his rule, Indian Prime Minister Narendra Modi was snubbed. And snubbed so badly by none other than his bête noire West Bengal chief minister Mamata Banerjee that he and his partner and home minister Amit Shah could never digest it as being Fascists they had never faced real opposition in India as they carried out their pogrom against minorities, destroying all autonomous institutions, favoring their crony capitalist friends and jailing anyone who would raise a voice of dissent with false criminal charges of sedition.

On May 28 Modi reached Kalaikunda, an Indian Air Force base station in West Bengal and 140 km from the state capital of Kolkata, after conducting an aerial survey of the cyclone “Yaash” affected areas in India’s eastern states of Odisha and West Bengal.

The Prime Minister had convened a meeting at Kalaikunda to discuss the damages due to the cyclone. Though Leader of the Opposition in Odisha was not called at such a meeting a few hours before on the same day, here West Bengal Governor Jagdish Dhankar and BJP Leader of the Opposition in West Bengal Assembly Suvendu Adhikary, a turncoat who joined the BJP just before the Assembly polls in the state were called.

Mamata was on a tour with the chief secretary of West Bengal Alapan Bandyopadhyay and after waiting for some time barged into the meeting room, handed him a file of papers about the damage done due to cyclone Yaas and left saying she had serious business to attend for relief to the people. The bureaucrat too left and Modi was humiliated!

This was unprecedented because the Indian Prime Minister always thought he was supreme and none can ever defy him. The Hindutva brigade was humbled too as they claimed Modi was the supreme not only in India and commanded respect all over the world particularly with his meetings with former US President Donald Trump!

During the second wave of Covid19 hundreds of thousands of bodies were dumped in the holy Hindu river of the Ganges in the north Indian states of Uttar Pradesh and Bihar, both ruled by the BJP, and the BJP had no explanations.

With the third wave expected within a month or two, the ruling BJP is confused, and Modi’s speeches over television and radio are being ridiculed as he has started blaming the state governments.

There are millions of posts “#ModiResign” on social media while a counter of posts “#MamataPrimeMinister”! The Opposition parties in India are getting united and with chief ministers snubbing Modi, the Hindu BJP party has a tough time ahead. 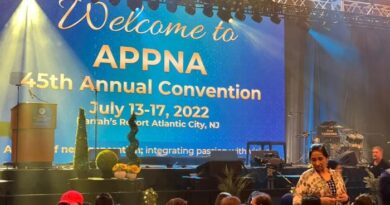 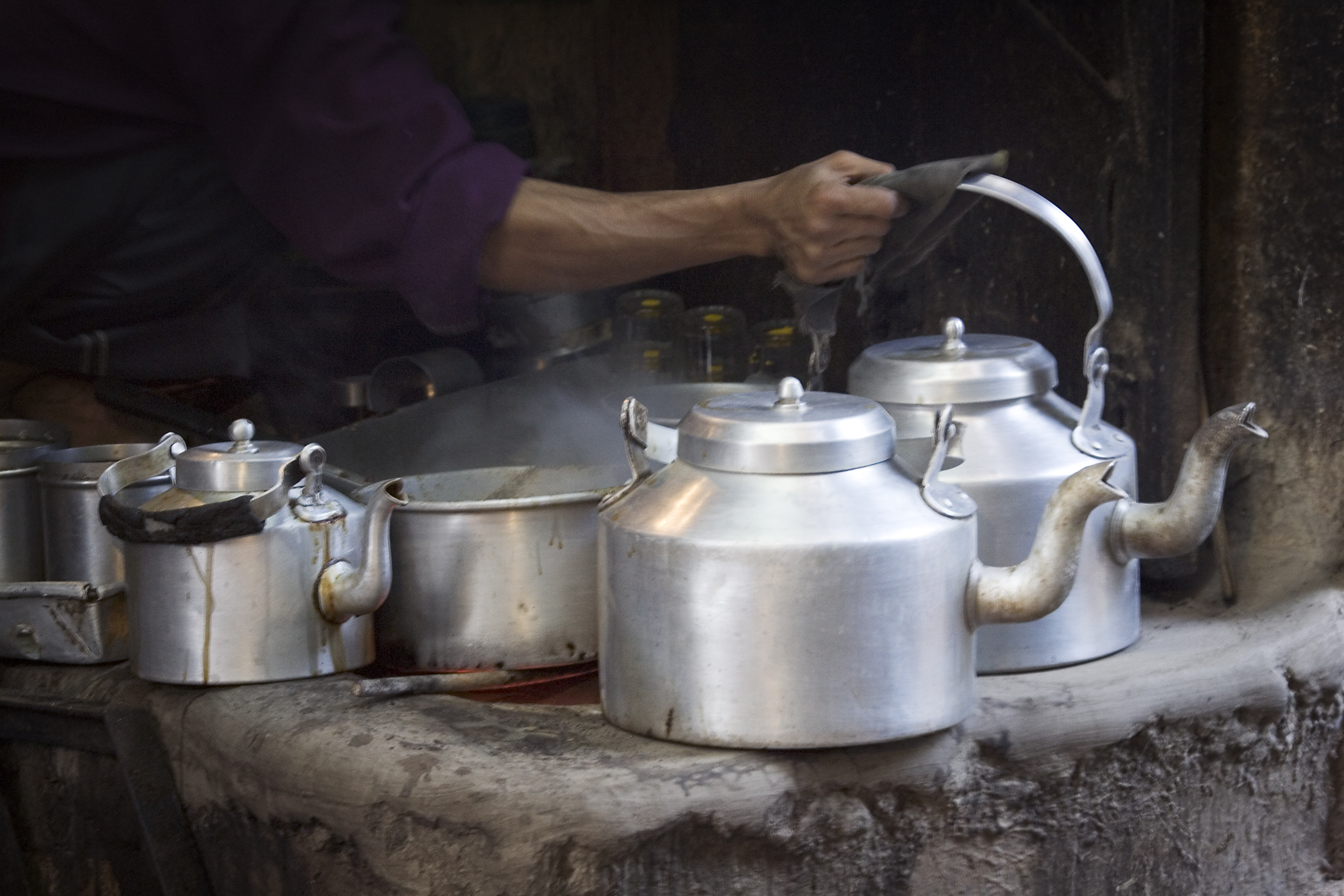 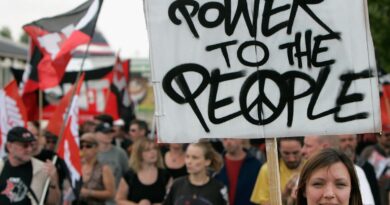 WE LOST FAITH…IN THE MEDIA!