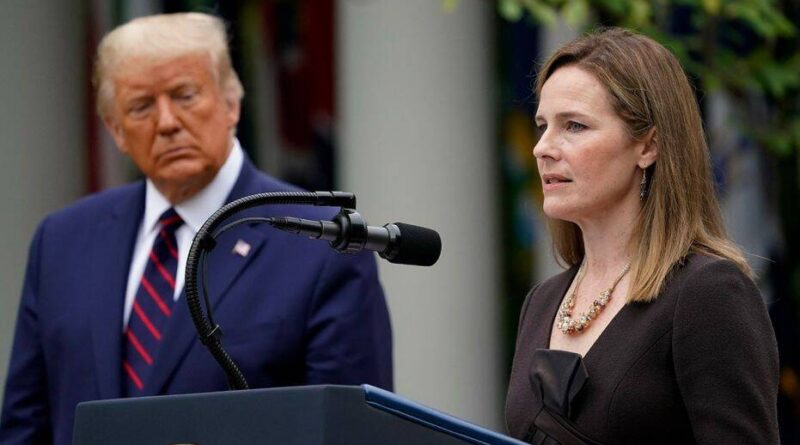 President Trump’s nomination of Judge Amy Coney Barrett, a favorite of conservatives, leave no doubts that the high court will move in a far more aggressively conservative direction for years to come.

A dream for the right, a nightmare for the left, Judge Amy Coney Barrett replacing Justice Ruth Bader Ginsburg will hurt for a very long time.

Judge Barrett, 48, who has long been atop President Trump’s Supreme Court shortlist is a devoted Catholic, she is the mother of seven, including a child with Down syndrome. She is loved in her community and is very popular among her students at Notre Dame Law School, where she taught for 15 years and was voted the best professor three times. The students of the school love how she makes an effort to get to know them, understand them, and help them. If you have followed her, you know it is more than that. Barrett willingly goes through those extra miles to help if need be. For instance, when she turned the tables for Laura Wolk, a blind student who in the law school, found that the school computer software didn’t allow her to access law books and other legal material in a format suitable for her classes. As Wolk recounts, when she told Barrett about it, Barrett replied, “This is one I absolutely can take off your plate.” She did so by getting the law school to immediately purchase the needed software, Wolk graduated second in her class and served as a law clerk for Justice Clarence Thomas.

Barrett’s sparkling intellect, her many roles, and qualifications to serve on the Supreme Court cannot be doubted by a soul. Rather, it is her scholarly writing, commentary, and work on the 7th Circuit Court of Appeals that have expressed such intense opposition from the left and support from the right.In 1998, while serving as an appeals court law clerk, she and a Notre Dame professor wrote that “Catholic judges (if they are faithful to the teaching of their church) are morally precluded from enforcing the death penalty” and they argued that the church’s prohibition against abortion is absolute. As a judge, she has also been a strong supporter of gun rights.

It is for those positions that she has taken over the years, to the judicial decisions that have led Democratic senators and liberal advocates to oppose her, warning to the fact that she could roll back abortion rights and invalidate the Affordable Care Act.

Judge Barrett, a conservative and a hero to the anti-abortion movement, is the polar opposite to Justice Ginsburg, a pathfinder champion of women’s rights and leader of the liberal wing of the court. The appointment would move the bench considerably to the right, giving conservatives six of the nine seats and potentially protecting them even against defections by Chief Justice John G. Roberts Jr., who has sometimes sided with liberal justices.

Now, in 2020, if she is confirmed, Barrett would likely be a sixth conservative vote on the court, making it plausible that there will be a majority to overturn Roe v. Wade abortion decision.

University of Texas law professor Stephen Vladeck says he expects that with Barrett’s confirmation, the court would be transformed into the most conservative court since the 1930s, a court that is much more aggressive in its conservative agenda. He said,“When it comes to big picture cases, running the spectrum from abortion to religion to campaign finance to everything, there is no longer going to be … any concern about a squishy median when you have six solid conservatives from which to find five” justices to form a majority.

Barrett’s mysterious religion has been claimed by many to have inspired author Margaret Atwood’s award-winning novel “The Handmaid’s Tale”. The Handmaid’s Tale depicts a dystopian, totalitarian society where women are treated as properties of the state, essentially as sex slaves and literally baby-producing machines. Since Barrett’s name was announced as a potential SC judge, rumors about her religion started doing the rounds. Barrett, who is known as the “intellectual heir” of hardline conservative SC judge Antonin Scalia, is a part of a small Cristian group called “People of Praise” founded by Kevin Ranaghan in 1972. Barrett called Scalia her mentor and said he had an “incalculable influence” on her.

The People of Praise lays down certain rules and regulations for its nearly 1,700 members. Similar to Catholic Charismatic Revivalism and Pentecostalism, the conservative community, does not permit women to hold top positions, despite allowing them the right to higher education. It also teaches that husbands are the heads of a family and that wives are controlled by and submissive to the head of the family.

Critics of Trump’s decision claim that Barrett’s religious connections may affect her judgments, especially when it comes to women’s reproductive rights and queer rights.
The reason those familiar with Atwood’s “The Handmaid’s Tale” is because “women leaders” in the People of Praise, the highest position women could hold within the sect, was formerly called “handmaids”. These handmaids were in charge of teaching traditional and feminine values to women about the “family life” and act as enforcers of gender norms which advocated for the private sphere, household chores , child- rearing and family care as a woman’s tasks while the public space, procuring food and money was a man’s.

If confirmed, Judge Amy Coney Barrett would keep the number of women serving on the Supreme Court at three, joining Justices Sonia Sotomayor and Elena Kagan. She would also become the youngest member of the Supreme Court, able to serve for decades to come!

Also, Read : As Joe Rogan’s Platform Grows, So Does the Media and Liberal Backlash. Why 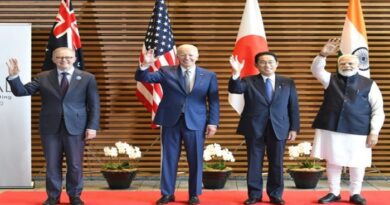 How India And US, QUAD Members Approach Lanka Crisis? 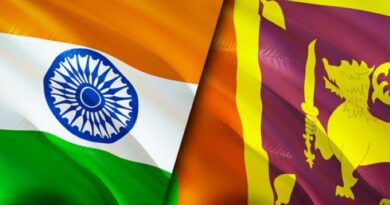 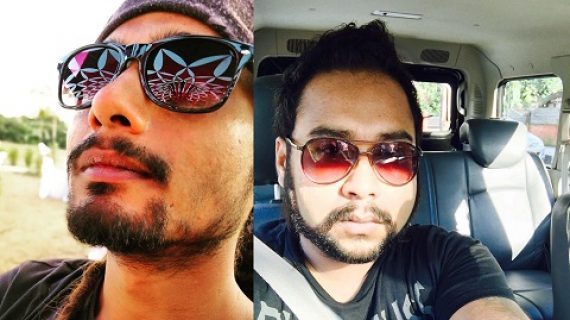 Assam Lynching: Nell, ask me for Cha & Chakhna once more…