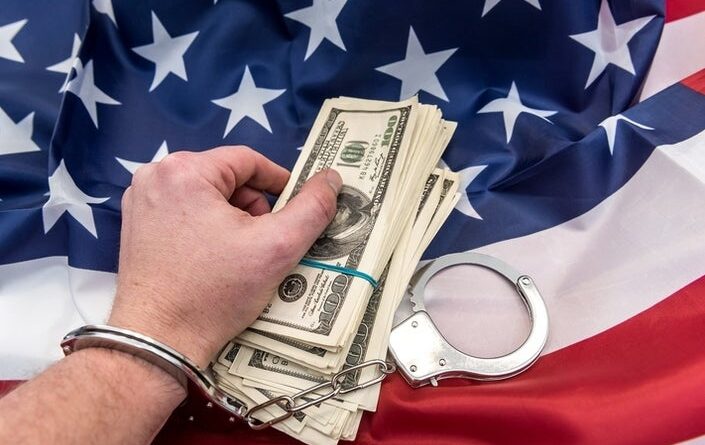 News NRI US
August 14, 2020August 14, 2020 Adam Rizvi 0 Comments #AbuseOfPower, #AdamRizvi, #AGGrewal, #AssistantAttorneyGeneralAnthonyPicione, #BestInNewJerseyNews, #Bestinnews, #CampaignBureau, #CorruptionBureau, #DeputyAttyGeneralPeterLee, #DiMura, #DiMuraStole, #ELEC, #ElectionLawEnforcement, #EthicsLaw, #GovernorPhilMurphy, #GrewalJoinsLawsuit, #GuiltyPlea, #JudgeBenjaminsSBucca, #MayorRonaldJDiMura, #MiddlesexCounty, #OPIA, #OPIADIRECTOR, #PrisonSentence, #Shanahan, #SuperriorCourt, #TheIndiaObserver, #TIO, #TIO, #BreakingNews
Share with your network
Like, Share, Support…be the Voice of Free Press
Former Mayor Of Middlesex Borough pleads guilty to the charge, that he stole more than $75,000 from local campaigns. The plea agreement includes a recommendation from the state for seven years prison term and a permanent bar from public office
By Adam Rizvi, Trenton, NJ TIO: – Attorney General Gurbir S. Grewal announced that former Middlesex Borough Mayor Ronald J. DiMura pleaded guilty today to a charge that he stole more than $75,000 from various local political campaigns.
DiMura, 64, whose term as mayor ended in December 2019, pleaded guilty today to a charge of second-degree theft by deception before Superior Court Judge Benjamin S. Bucca in Middlesex County.  Under the plea agreement, the state will recommend that DiMura be sentenced to seven years in state prison.  He will permanently be barred from public office and employment in New Jersey must pay restitution for $83,372, and must forfeit the remainder of the funds he stole.  Sentencing for DiMura is scheduled for Jan. 15, 2021.
Also, Read: Attorney General Grewal, DCR Issues Findings of Probable Cause in Case of Employment Discrimination
Deputy Attorneys General Mallory Shanahan and Adam Gerken prosecuted DiMura and represented the Attorney General’s Office of Public Integrity and Accountability (OPIA) for the plea proceedings.  DiMura was indicted in December 2019 in an investigation by OPIA that began with a referral from the Election Law Enforcement Commission (ELEC).
Also, Read: Attorney General Grewal Joins Lawsuit Challenging Federal Rule that Would Strip Workers of Key Labor Protections
“DiMura exploited his position as mayor and his role as a local party leader for his gain, betraying borough residents and party members who placed their trust in him,” said Attorney General Grewal. “I formed the Office of Public Integrity and Accountability to ensure, among other things, that public officials are held accountable if they abuse their power.  This guilty plea reflects our commitment to that mission.”
Also, Read: AG Grewal Files Lawsuit Challenging Federal Rollback of Food Stamps Assistance
“DiMura’s thefts were all the more egregious because he used a local charity to hide his actions,” said OPIA Director Thomas Eicher.  “With this guilty plea, calling for a substantial prison sentence, we send a strong message that we expect honesty and integrity from our public officials in New Jersey, and those who act corruptly will face serious consequences.”
Also, Read:‘Sikhs are part of America’s fabric’, says New Jersey Attorney-General Gurbir Grewal
Over the past seven years, DiMura served as treasurer for the Middlesex Borough Democratic Campaign Committee as well as several campaigns for candidates seeking local office in Middlesex Borough.  The OPIA investigation revealed that between January 2013 and June 2019, he used his position as treasurer for the campaigns and the party campaign committee to steal approximately $190,000 by making purported donations to a local charitable organization that he ran.  During the period in question, the nonprofit charity paid out only a small fraction of the funds for charitable purposes.  It was determined that the remainder of the funds were funneled from the bank account of the charity to DiMura’s bank account or a business account that DiMura controlled.
Also, Read: ‘I told my kids to turn off the radio’ NJ Attorney General Grewal on RJ’s Turbanator slur
Also, the investigation revealed that DiMura stole over $75,000 from various individual investors by creating the false impression that they were loaning him funds that he would invest on their behalf and that would generate large interest payments for them.  In reality, DiMura did not make any investments with the money.  Instead, he deposited the funds into his bank account or the business account he controlled.  He used some funds to pay back the investors, but most of them did not receive any of the promised interest and are owed substantial amounts of their principal.
Finally, DiMura used his position as mayor to solicit $10,000 in donations to the local charity from a developer doing business with the borough, without disclosing that he intended to use the money for his benefit.  He filed false or incomplete Local Government Ethics Law Financial Disclosure Statements that failed to disclose the funds he received from the charity.
Also, Read: Governor Murphy, Expand Access to COVID19 Testing at N.J. Community Based Testing Sites
Deputy Attorneys General Shanahan and Gerken prosecuted the case under the supervision of Deputy Attorney General Peter Lee, who is  Chief of the OPIA Corruption Bureau, and Assistant Attorney General Anthony Picione, Counsel to the OPIA Director.
Also, Read: Democratic Candidates, It’s Time for you to Talk About the Muslim Ban.
Attorney General Grewal created the Office of Public Integrity and Accountability in September 2018 to combat corruption and strengthen public confidence in government institutions.  In December 2019, the Attorney General issued a directive codifying OPIA and making it a permanent part of the Attorney General’s Office.  That directive established the OPIA Corruption Bureau as the lead office within the Department of Law & Public Safety for the investigation and prosecution of state criminal violations involving corruption and abuse of public trust. This article is as per the press release from the office of Atty General, NJ, USA
Also, Read: A Turkey-Egypt Catastrophe In Libya, West Asia Building Up
Also, Read: New York’s Times Square says NO to Modi’s intended display of Bigotry and Fascism
Also, Read: Bangladesh: Did Sheikh Mujibur Rahman deserve this tragic end?
Also, Read: ‘Babri Masjid’ – An Eternal Name for Indian Muslims 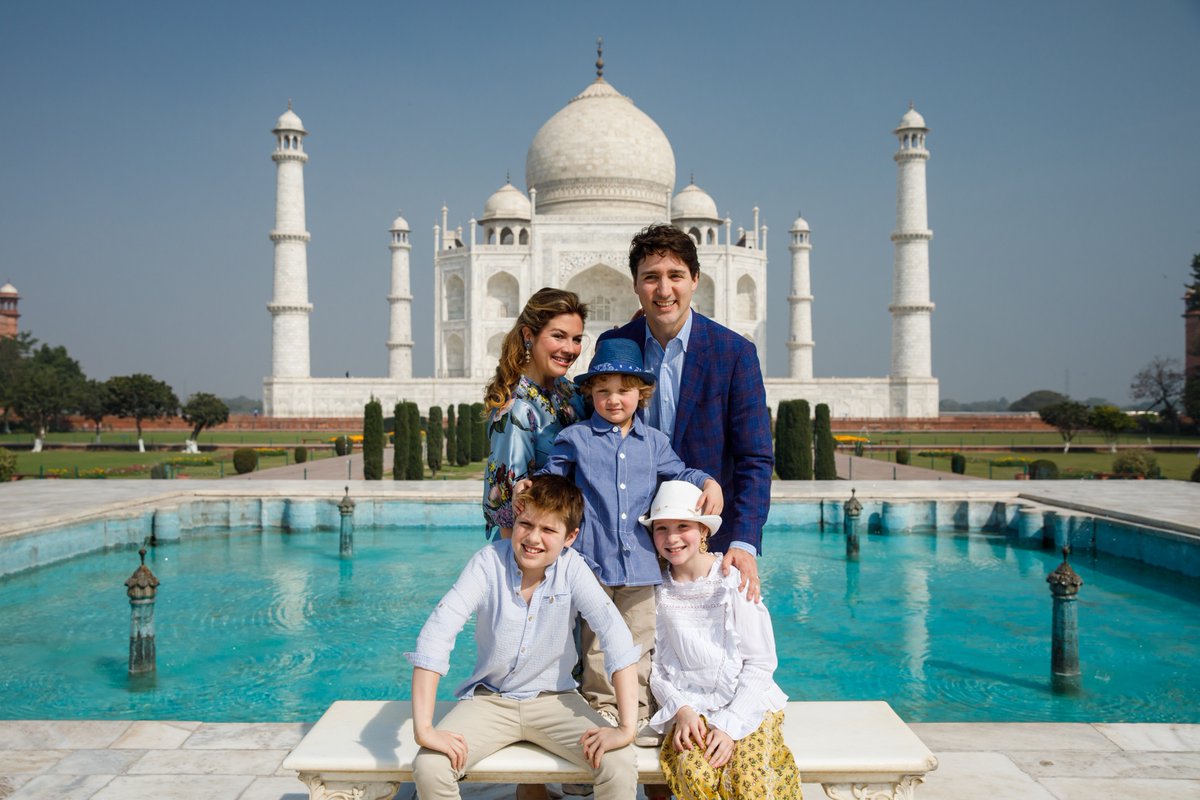 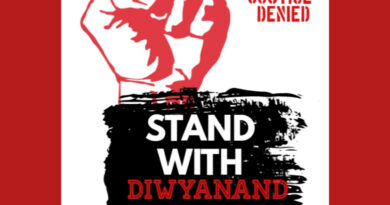