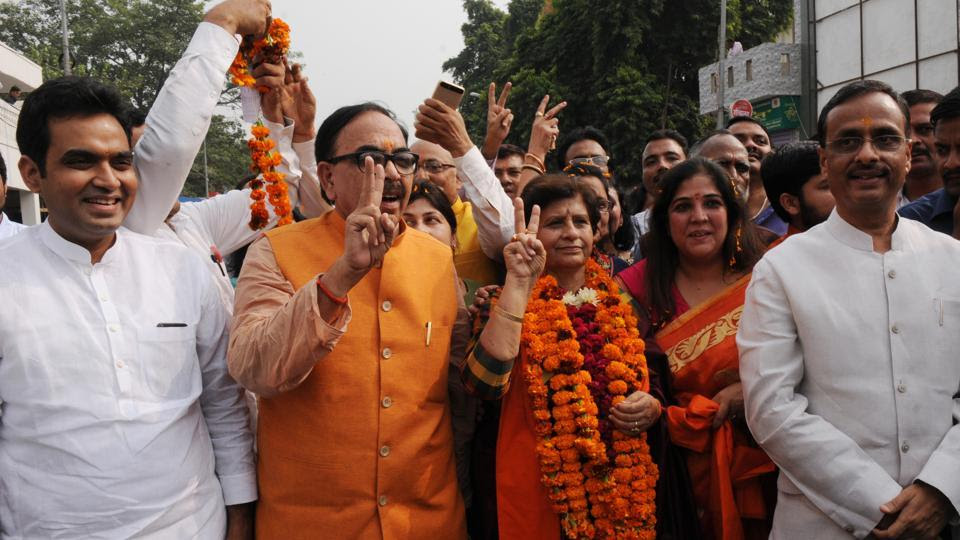 News
December 4, 2017December 6, 2017 The India Observer 0 Comments
Share with your network
On 2nd December 2017, most newspapers flashed a front-page story that Bhartiya Janata Party has swept the urban local bodies’ elections. Pictures of  Chief Minister Yogi Adityanath offering sweets to one of his deputy CMs or the state BJP President and all of them displaying victory signs also accompany.
Nothing could be farther from the truth. BJP has actually been routed in these elections having managed to win mere 18.7% of all seats whereas the opposition, especially independent candidates, have walked away with flying colors. In fact, if independents were a party they have got a thumping majority in these elections.
The only category in which BJP has done better is the Mayors’ positions. Out of 16 Mayoral positions, they have captured 14. But that is the end of their success story. And there is nothing unusual about it. Big cities are BJP strongholds for a long time now. It would have been surprising if they would not have won so many seats. In every other category of elected positions, other than Mayors’, the combined opposition has decimated the BJP. The details are revealing.
For the position of Corporators in 16 Municipal Corporations, BJP has won 596 seats with the opposition taking away 703. Samajwadi Party has got 202 seats whereas Bahujan Samaj Party has 147 positions.
For the post of Chairperson of Nagar Palika Parishad, while BJP has managed 70 positions, the combined opposition has got 128 positions. SP has 45 and BSP 29 chairpersons of NPP. When it comes to members of Nagar Palika Parishad BJP with merely 922 seats stands nowhere close to 3380 independents. Combined opposition has got 4338 members. SP has 477 members and BSP 262. Aam Admi Party has managed 17 seats in this category.
There are more independent Chairpersons of Nagar Panchayats than belonging to any single Party. Their number is 182. Whereas BJP has managed 100 positions, more than three times, 338 positions are occupied by the opposition. SP is not very far behind BJP with 83 positions and BSP has about half that of BJP at 45. Even AAP will have 2 persons chairing the Nagar Panchayats. If we look at members of Nagar Panchayats again 3875 independents clearly represent the people’s mood. BJP could manage merely 664 seats. SP with 453 seats closely followed.
Thus out of a total of 12,644 positions, non-BJP representatives hold 10,278!
If anybody can claim to have swept the elections it is the Independents who have a whopping share of 61% of all seats.
So, the question is why is media gung-ho about an imagined BJP victory? What are its compulsions? Has it been managed so that UP urban local bodies election results don’t have an adverse impact on the forthcoming Gujarat elections? Except for the Mayors’ post in big cities, people have very decisively rejected the BJP as a party in spite of it spending many times more money than other parties and fielding the CM to address election meetings. While Akhilesh Yadav and Mayawati chose to keep out of campaigning leaving it to local leaders and workers, the BJP did not leave a stone unturned.
Quite clearly the charisma of Narendra Modi or Yogi Adityanath failed to fetch votes contrary to what is being claimed. Common people are quite badly hurt by the decision of BJP government to implement demonetization and Goods and Services Tax. Businesses have suffered greatly. People have lost jobs and income levels have dropped. Whether it is the Swachch Bharat Abhiyan for which everybody has to pay extra cess or the Ujjawala scheme where the connection is free but there is no subsidy for poor on gas cylinders for cooking, people are feeling the pinch. With no demonstrable benefits, people have a feeling of having been taken for a ride or being treated like culprits with authorities breathing down the neck. The economy has been badly hit and the mood among people is that of despair. In such a situation it would have been really surprising had the people handed over a convincing victory to BJP.
BJP rode to power on the basis of high profile media and advertisement campaign in the first place and it continues to use the tool to hoodwink people. The media has been made to fall in line. This is dangerous for democracy. When media gives up its role of being an independent agency in democracy serving its role of holding the government accountable and starts toeing the government or worse ruling party’s line something must be done about it.
The media is part of the conspiracy to keep an unpopular anti-people party in power by swaying the public opinion. It is a great disservice to the people. All the people cannot be fooled all the time. The sheen of the government created by media is now beginning to fade. Government is finding hard to maintain its credibility, nationally and internationally. Contrary to media stories, international standing of India has gone down under the Modi regime in spite of him having made numerous foreign forays. Relationship with bigger countries like United States, China, and Pakistan has worsened, smaller neighbors like Nepal and Maldives don’t trust India.
Without having taken any concrete steps to control deaths of children in Gorakhpur Medical College hospital, the CM Yogi Adityanath is seen to be giving more time and importance to religious issues. Ayodhya is back in focus although it is not clear how a grand temple in Ayodhya is going to help common people overcome their suffering. Politics of symbolism is at the center and when the government doesn’t have anything concrete to offer to people, it does rely on media blitzkrieg.
By Sandeep Pandey  Edited by Adam Rizvi 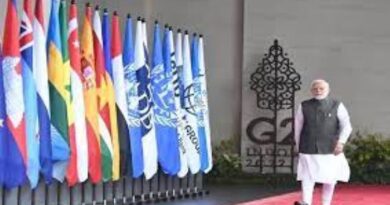 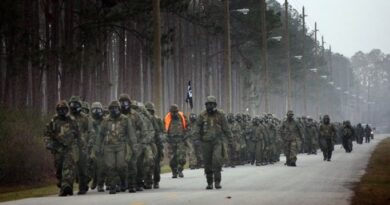 An Eerie Silence Over Afghanistan Could End With A Bang