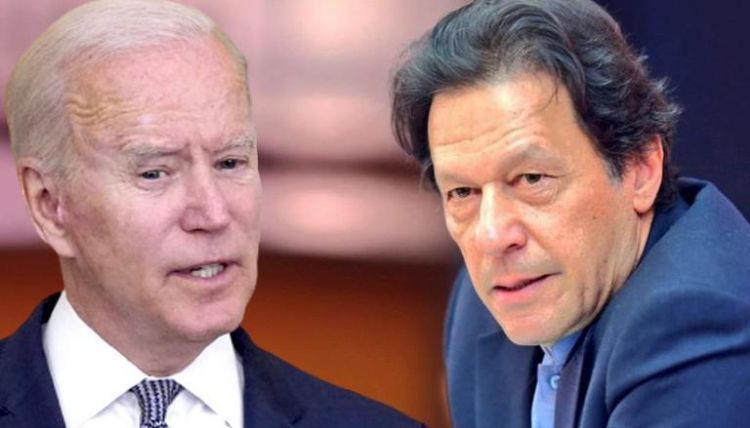 By Syed Ali Mujtaba, Edited By Adam Rizvi, TIO: They say Pakistan is run on three AAAs- Allah – Army – America. It is also an accepted fact that all three have a decisive role in shaping the future of Pakistan. The task at hand is to find out which ‘A’ had played a decisive role in removing Imran Khan as the Prime Minister of Pakistan on April 10.

As far as Allah’s role is concerned, it’s apparent that its Almighty has showered HIS blessings on Imran Khan and brought him to the helm of affairs came to guide the destiny of Pakistan. It is only Allah who knows why HE consented to the Army & America’s design to remove Imran Khan.  Maybe HE may have different plans, for Khan. It is Allah who alone knows the future in-store and the answer to Allah’s role in removing Khan could be hidden in his pet phrase- “Iyyaka Na`budu wa Iyyaka Nasta`een- You we worship and You we take refuge in.” (Quran 1:5).

As far as Army’s role in removing Imran Khan, it can be said this institution did play a dubious role in removing him. It is well known that it was at the behest of the Army that Imran Khan became the Prime Minister of Pakistan. Then, the opposition in Pakistan accused the Army of playing a partisan role.  Then what went wrong now that Army consented to remove Khan. The popular reason is, that Khan, appointed someone to a key position in the Army without the consent of the Army Chief and this became the reason for his ouster. However, this is a too trivial reason believe that could become a factor in ousting Khan.

The actual reason is Pakistan Army has a special connection with America which is above everything.  Remember, when the US decided to invade Pakistan and asked General Parvez Musharaf to give consent to become its front-line state and that was obliged by the Army without much fuss. Now it seems the US has put similar pressure on the Army that it could not refuse. So Army’s dubious role in choosing America over Khan becomes obvious. May be Army was given a choice of peace vs Khan and it purchased peace and sacrificed Khan.

It is obvious that the people of Pakistan had no role in removing Imran Khan. There is little to suggest that the internal forces were responsible for his ouster.    The regime change was orchestrated by the U.S. Since Imran Khan did not toe the US line on the war in Ukraine it got the Prime Minister of Pakistan removed. That shows how much America wields influence over Pakistan.

This is because of Imran Khan’s growing proximity with Russia and China at the expense of the US, the two enemies of America. Khan’s crime was his visit to Russia on the eve of its invasion of Ukraine. Khan did not take permission from the US and went to sign a huge trade deal with Russia. Khan signed the deal to import 2 million tons of wheat as well as natural gas from Russia, worth several billion rubles to reduce its dependence on the US. This was disliked by the US and its Western Allies.

Pakistan’s growing dependence on China to has been an eyesore for the US. The China Pakistan Economic Corridor project worth $62 billion that has come under Khan’s tenure was criticized by America. The US disliked Pakistan making China an all-weather friend. China being an enemy of the US, and Khan being a friend of China made him an enemy of the US.

In past, Imran Khan’s open opposition to America is no secret. He has been openly saying that Pakistan is a client state of America that arm twists Islamabad whenever it has its vested interests. Khan gave the example of how the US arm-twisted Pakistan to first support its project called Afghan Jihad and help in creating Mujahedeen and Taliban. Then US arm-twisted Pakistan to dismantle the Taliban by arm-twisting it to support its war on terror. Khan has been criticizing the US’s dubious role that taking 70,000 lives of Pakistan’s armed forces to fight America’s war.

With regard to the Ukraine war, the heads of 22 diplomatic missions, including those of EU member states, on March 1, 2022 released a joint letter urging Pakistan to support a resolution in the United Nations General Assembly condemning Russia’s intervention in Ukraine but Khan did not oblige. Imran Khan countered saying; “What do you think of us? Are we your slaves?” This was his response to Pakistan not condemning Russia’s invasion of Ukraine.

Imran Khan at a rally on March 27, 2022, spoke of an official communiqué sent by the U.S. that threatened to remove him from his position. He dissolved the National Assembly in the face of an impending no-confidence motion against him citing foreign interference in Pakistan’s internal politics. However, the Supreme Court of Pakistan overruled the dissolution of the house and asked the opposition to proceed with the no-confidence motion that led to the ouster of Khan.

In the no-confidence move, Pakistan Muslim League Nawaz (PMLN), Pakistan People’s Party (PPP), MQM, Maulana Fazul Rahman group, and other opposition parties ganged up against Khan but could muster only 174 votes in its favor just two more than Khan that’s 172 votes. This suggests how intense the popularity Khan enjoyed in the Parliament.  What price America offered to the opposition in Pakistan to vote out Imran Khan from office only they know.  So it’s certain it was a regime change in Pakistan at the behest of the U.S. where the Army and the opposition were at its beck and call.

Now when Imran Khan is gone, as an academic exercise it would be prudent to look into the four years of Imran Khan’s rule and make a report about his vision and mission, success, and failures.

Promises made by Imran Khan

However, there are many failures in Imran Khan’s rule that cannot be brushed aside.   First is accountability and corruption did not take off. During the election campaign, Khan made a lot of noise about ending corruption and bringing accountability. But in reality, he did nothing to address this issue and people felt duped by his promises made.

The second failure of Imran Khan was his economic management. Before becoming the Prime Minister; Imran Khan made promises that he will turn around the economy but he never did. He even told that Pakistan will not go to the IMF for loans and will end inflation and price rise etc. However, he went to IMF for loans, inflation increased and so did the price rise. The economy hardly improved from where it started. Imran Khan failed to deliver his one-crore job promise. He found that all the promises that he made were difficult to realize.

Imran Khan’s third failure was to build political coordination within the country.  While he was heading a coalition government but he failed to get the coaction partners together with him on board. His relations with the opposition were also not good and this resulted that when the time came they all united in the fall of Imran Khan’s government.

Imran Khan failed to remove Pakistan from the “increased monitoring list” of the Financial Action Task Force (FATF).  FATF is a global body against money laundering and terror financing.  The FATF asked Pakistan to continue to work to address the important deficiencies and to take action against UN-designated terrorists.

The success of Imran Khan

There is some success that Imran Khan achieved as the Prime Minister of Pakistan that needs to be recorded for record sake.  The biggest achievement of Imran Khan was to control terrorism in his country and the culture of bomb blasts in his country. The wanton killings in the name of terror by non-state actors drastically came down under Imran Khan’s Regime.

His second biggest achievement was to be a catalyst in bringing peace to Afghanistan.  Pakistan played a crucial role in bringing the Taliban to the negotiating table and in the Doha rounds of talk and eventually convincing the US to hand over power to the Taliban.

Imran Khan achieved a degree of success in controlling the Corona epidemic.  It is widely believed that Imran Khan managed to control Corona despite his low resources. His policy of lockdown was more practical than in India and there were fewer corona deaths than in India.

Imran Khan’s government-issued health card to the people where free treatment was given up to 20 thousand rupees to the cardholder. This health care measure was widely appreciated by the people.

The housing scheme launched by the Imran Khan government for the low-income people was a huge success as  Imran Khan’s government fulfilled the electoral promises made.

Imran Khan’s government started the Ehsaas program to reduce poverty in Pakistan. Under this scheme, there were many types of government assistance given to the poor people that reduced poverty in the country.

The most important success of Imran Khan was the China-Pakistan Economic Corridor project. It marked a definite change in Pakistan. It was seen as an attempt to liberate Pakistan from the IMF-led debt entrapment that devastated the country’s economic landscape.

Imran Khan’s close ties with China and Russia at the expense of the US became his nemesis. He could not maintain a cordial relationship with the Western countries especially the United States while forging ties with the enemies of the US.

This is not the first time that regime change has taken place in Pakistan. The role of the US in the air crash of General Zia ul Huq is well documented. He too resisted US involvement in the internal politics of Pakistan. Imran Khan should have avoided barging about Pakistan’s independent foreign policy and sovereignty.

The Army supported the US move to oust Khan because of Pakistan’s dependence on the US for its Arms and also for its exports to both US and the European Union and its dependence on the IMF and World Bank. Imran Khan by opposing the US shot in his foot.  He was lucky to survive the fate of Sadam Hussein and Al Mo mar Gadhafi who openly opposed the US.

Well, it was the hidden hand of Allah that saved Imran Khan from unsavory ignominy that other anti–US leaders of the world had met before.  Here the role of Allah comes out vividly who gave Khan a chance to rise from the ashes when it’s time for the next election in Pakistan. 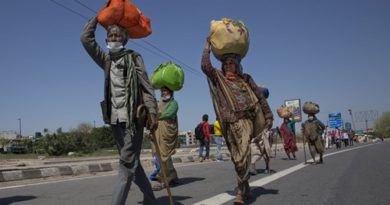 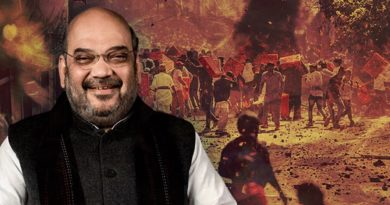