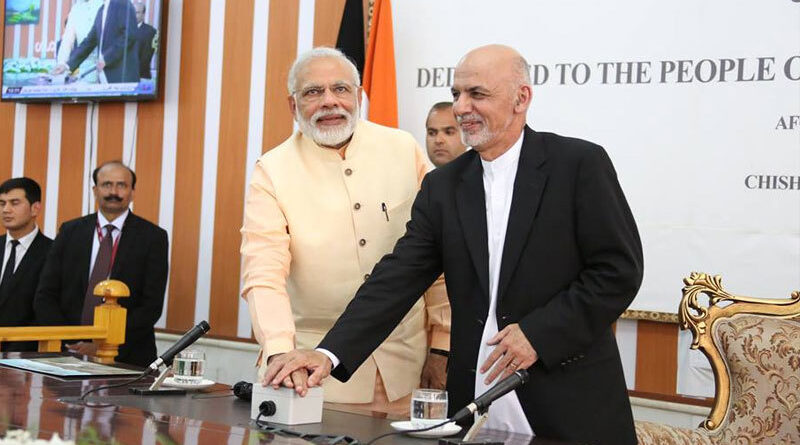 By Syed Ali Mujtaba, Edited By Adam Rizvi, TIO: In India, it’s being fiercely debated that why the BJP government did not reach out to the Taliban when every other stakeholder was talking to them for quite some time?  US, Russia, China, and Iran is in a much better position to deal with the Taliban and address their concerns, whereas the Modi government’s domestic agenda has tied India’s hand to reach out to the Taliban.

Sometimes after 2014, the US and other prominent countries changed their perception towards the Taliban. They realized that the center of gravity rests on these Pashtun guerrillas and so they started talking with the Taliban so that they can exit from Afghanistan.  However, the BJP government’s myopic view of the situation in Afghanistan kept them opposing the Taliban. India continued supporting the puppet government in Afghanistan without having plan ‘B’ in place, in case, if the current government falls down.

Afghanistan has exposed the chinks in the Modi government’s foreign policy. His arrogance in statecraft is singularly responsible for putting India into the most disadvantaged situation in Afghanistan.

What does the BJP government’s opposition to the Taliban has done to India?  The first and foremost is the threat to India’s investments made in Afghanistan. India has invested over 3 billion USD in Afghanistan. It’s close to two decades now that India has been a partner in the reconstruction of Afghanistan. It has built infrastructures in education, medical, agriculture, power generation fields. India has constructed a new Parliament building in Kabul. It engaged in constructing the Shahtoot Dam on the Kabul River. India has also built roads, schools, universities, hospitals, and sports stadiums in different parts of Afghanistan. All these were with good intention to develop Afghanistan.

However, the question remains, why India did not make any plan to protect its interests if the US and the planted government leave the scene. India was relying on these two fragile sources of strength, hoping US cover will remain forever and the puppet government will serve its interests. Both, these pillars that India thought were its strength have been blown away by the winds of change sweeping across Afghanistan, leaving India in no man’s land.

The Modi government’s ill-conceived foreign policy towards Afghanistan has numerous impacts on India. The first price for not negotiating with the Taliban is likely to make India forfeit all its investments made in Afghanistan.

The second harm the BJP government did by stonewalling the Taliban is it has put the lives of many Indians at risk in Afghanistan. Recently, the Taliban had displayed its anti-Indian intentions clear, killing an Indian photojournalist in a cold blood manner. India has little option than to pull out its national from Afghanistan. It has been organizing operation ‘Airlift’ to take out its citizen from Afghanistan.

The most interesting question that arises here is; whether the BJP government gives shelter/ asylum/citizenship to people who were in the Afghan government, with whom India had been engaging for 20 years or so while doing the reconstruction work in Afghanistan. If India does not protect them then it will bring a bad name to the country and in case if India welcomes such persecuted Muslims how will they bypass the Citizen Amendment Act (CAA). If that happens, will the BJP lose the sheen of its religious nationalism project?

The third fall out of the Taliban’s hold on Afghanistan will be on India’s internal security. India cannot stop the mushrooming of the terror groups in Afghanistan who are furious at the anti-Islam- anti-Muslim agenda being pursued in India. In such a case, new factions of terror groups will emerge in Afghanistan on which India will have no control. Many may be infiltrating inside India and it’s likely that terror activities in Kashmir may increase.

The fourth fall out of   Taliban control of Afghanistan will be that they will make India a transit route to smuggle their drugs to foreign destinations. Taliban are bound to increase the production of drugs to generate more revenue to run the government and with the golden triangle being heavily guarded, it’s Indian waters that may become a conduit route for the Afghan drugs to move to the foreign countries. A treaty with the Taliban could have addressed such issues, but the BJP government’s arrogance has doomed all such national concerns.

The fifth fall out of India’s ill-conceived foreign policy towards the Taliban is losing all the partners that may have facilitated India to play a role in the Afghan peace process. Now India cannot cut much ice, vis-à-vis Pakistan or China, because of the given relationship with the BJP government with these two countries. A troika has been made with Russia, China Iran, and Pakistan leaving out India. India going into the American camp has lost both Russia and China. Even the US has sidestepped India and has made a deal with Central Asian republics, Afghanistan and Pakistan to keep its interest afloat in that region, where India has no role to play.

Now, when the US-backed Afghan government has fallen, India is scrambling for reconciliation with the Taliban but all such overtures have been so far unanswered. It needs to be remembered that the Taliban had reached out to the Indian diplomats in 2018 in Russia to make friends but India did not give any weightage.

The former chief of the Taliban’s Doha office; Syed Akbar Agha has publicly stated that the Taliban are not keen to reconcile with India. The Taliban leader said; “In fact, we had earlier sent messages of peace and friendship but India had rebuffed them and now it’s late.”

Another spokesperson for the Taliban in Doha Suhail Shaheen has commented that after their spectacular victories on the battlefield, India is changing its colors. Shaheen alleged that India was arming the Afghan government all along so, “how it’s possible to talk with them when they were arming the puppet regime? This is contradictory as they with our enemies and not with us. If they stick to their policy of supporting a government-imposed on Afghans, then maybe they should be worried about us and not the Taliban.”

Also Read: No Intra Afghan Talks Unless Ghani Steps Aside

It’s no secret that India has provided military equipment like helicopters, artillery field pieces, small arms, radar, ammunition, amongst others, to the Afghan government to fight the Taliban. In such a case, how India can prove its neutrality to the Taliban.

Taliban’s recent statement reaffirms that they are not happy with India.  They have blamed India for not having an impartial attitude towards them and with the Indian government taking sides supporting Afghanistan, they have doomed their prospects in dealing with the Taliban.

As the drama is unfolding drama in Afghanistan and of Taliban’s victory is keenly watched all over the world, the debate is raging in India as to who has shot our motherland on its foot.

The responsibility for creating a threat to India squarely rests on the current government which has put the country in such a situation that cannot be reversed. After Pakistan and China, the Modi government has made Afghanistan is a new headache for India. The narrative of post-truth India making of the brand new republic is solely responsible for creating the threats from Afghanistan. The Modi government’s squinted foreign policy towards Afghanistan has shot India on its foot. It has made the country limp to search for a vantage position from where it can deal with a country that has otherwise been friends with India for long.

Also Read more from this Author: Indian Agriculture problems are much deeper 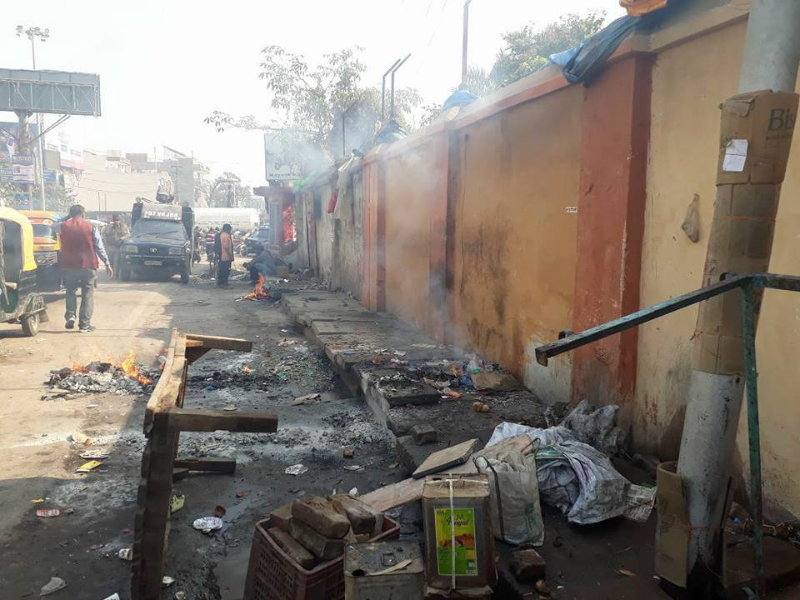 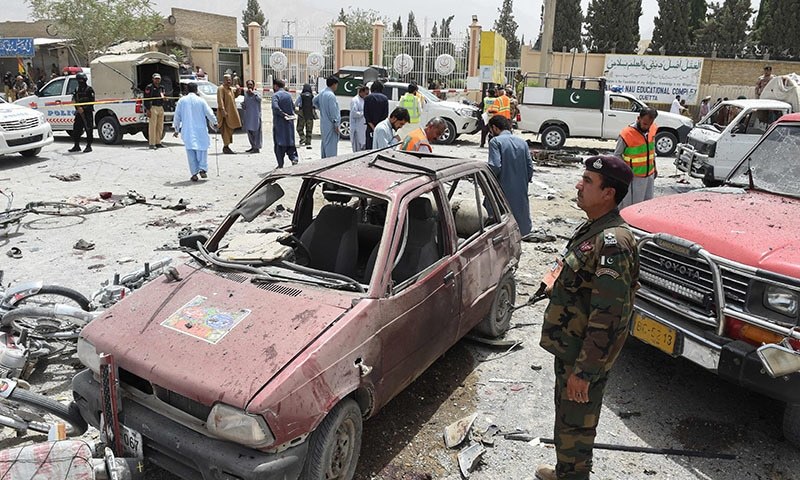 34 killed, 36 injured in violence across Pakistan on Election Day