Expecting BJP to fix Sabarimala is like hoping an arsonist will develop a better fire-extinguisher.

Ihave been wrestling with the moral, religious and constitutional dilemmas of the Sabarimala issue for weeks. But the ongoing uproar has eclipsed all these with the political.

There are four principles at stake on Sabarimala, all of which I normally have no difficulty adhering to at the same time:

What is unusual about Sabarimala is that it offers the first example, in my experience, of these invaluable and seemingly unchallengeable principles clashing with each other.

As a constitutionalist and a liberal, I can easily uphold the first two principles. As a democrat and an elected representative responsive to his voters, I am happy to uphold the last two. The problem is that the two pairs of admirable values are diametrically opposed to each other on Sabarimala.

The zeal of the state government to implement the Supreme Court verdict has given opportunist politicians the chance to fish in troubled waters. The BJP has leapt on the opportunity to reassert anew its role as the self-appointed custodian of Hindu sensitivities, creating a paroxysm of outrage and violence in the hills around the shrine by leading an agitation to prevent women from accessing the temple. Meanwhile, the ruling party CPI-M blows hot and cold, saying one day that it will implement the Court order by escorting women to the shrine, then ordering its police not to do so and indeed to escort them back if they attempt it. Both have converted a sacred spot into an unseemly stage of political theatre.

Also read: How a photograph led to Kerala HC order banning entry of women into Sabarimala

Initially, I had taken the view that when there is a clash between two Constitutional principles — in this case, Article 14, promoting equality, and Article 25, promoting religious freedom — it is the duty of the Supreme Court to reconcile the two or decide which one should prevail. The Supreme Court did this, by a 4-1 majority, in favour of Article 14. And I reacted by expressing my respect for their verdict.

But as subsequent reactions in Kerala have demonstrated, abstract notions of constitutional principle also have to pass the test of societal acceptance — all the more so when they are applied to matters of faith.

Judges are, of course, rational beings applying legal principles and precedents. Worshippers have no such constraints. They can believe in Immaculate Conception and virgin birth, in miracles and messages from God, in deities with both human and supernatural qualities. The legend of the deity at Sabarimala is that Ayyappa did not want to see any female in the reproductive stage of life, and deliberately removed himself to His jungle abode for that purpose. Therefore, women are barred out of respect for His wishes. These are questions of faith, not rationality, and susceptible to emotion, not reason.

For a secular institution like the Court to engage in a theological exercise as to what aspect of faith or belief is an “essential religious practice” is therefore problematic; when such a ruling is done by those who do not share the belief or practice impugned in the legal process, the problem is compounded. (In the interests of full disclosure, I myself have undertaken a pilgrimage to Sabarimala as a devotee and ascended the famous final eighteen steps bearing the “irumudi” on my head.)

The overwhelming majority of Kerala Hindus, including a significant majority of women, have now demonstrated that their faith is offended by the Supreme Court verdict. Informal surveys suggest that opposition to the court judgment among Kerala Hindus is above 75 per cent and perhaps as high as 90 per cent. The intensity of emotions on display have surprised many liberals, not least because so many women seem outraged that other women might be allowed to go into the Sabarimala temple and disturb its sanctity.

It is all very well for some liberals to suggest that “false consciousness” makes even victims adhere to or defend the conditions of their discrimination; but in matters of religion, it would be preposterous to tell women that their faith is really a form of Stockholm syndrome. When you disturb the beliefs of worshippers, you violate a space beyond reasoning.

It is all very well to say that religions must adhere to the normal rules of liberal democracy, but the truth is they don’t. Gender equality is a vital principle in civic society and in political democracy, but it is by no means universally observed in the religious world. Muslim mosques don’t allow men and women to pray together in the same space. The Catholic Church does not permit female priests. Some Shinto monasteries are off-limits to women altogether. Eight Hindu temples in India do not allow men to enter during specified periods, and the Kumari Amman temple situated in Kanyakumari does not permit them at all. The law does not interfere in such matters. But in Sabarimala, it has chosen to.

In implementing the Supreme Court verdict, politicians should have sought to reconcile the principles upheld by the Court with the believers’ sense of the sanctity of their faith. There is a need for mutual engagement between the liberals and the traditionalists on what their convictions and doctrines mean in a changing world. The Court judgment might have been the occasion for such an engagement; unfortunately, both the Communist state government and the BJP/RSS have chosen the path of polarisation instead.

Their hypocrisy is mutual. The CPI-M could have prevented the crisis if it had chosen to take measured steps to discuss the implementation of the Court order with stakeholders, including respected and representative civil society organisations, like the NSS and the SNDP. The drama of sending hundreds of policemen in riot gear ostensibly to protect women worshippers, and even outfitting some women in police helmets and flak jackets, could then have easily been avoided. The BJP’s hypocrisy is of a different order: they actively do not want a solution, because a prolonged crisis on the streets helps them whip up communal sentiments that they expect in turn to transform into political and electoral support. Their state president boasted as much in a closed-door meeting of his party’s youth wing, which promptly leaked. He spoke not of faith but of a “golden opportunity” to pursue “the agenda”, revealing his cynicism to all.

If the BJP genuinely cared about the believers and wished to end the crisis they claim has been caused by the Court order (and by the state government’s heedless rush to implement it), all they needed to do was to have their own central government issue an ordinance to nullify the Court’s verdict. That ordinance may also be struck down one day; but the reason BJP leaders have not sought such a remedy (or introduced a legislative corrective) is that they do not want to solve the crisis in a hurry. A fever-pitch of emotion on the streets and repeated television images of protesting believers is far more useful to them than actually solving the problem.

The central government could also have dampened the disquiet by announcing its intent to introduce legislation to clarify the issues of cultural autonomy and religious practices, to define what lies beyond judicial purview. A broader conversation with all stakeholders on a framework that would allow both the Constitution and each shrine and its traditions to co-exist without prejudice to each other is vital in our society. But expecting any such initiative from this government is like hoping the arsonist will develop a better fire-extinguisher.

This leaves instinctive liberals like me torn between our basic respect for gender equality and our democratic duty to respect the beliefs and wishes of our constituents. In religious matters, beliefs must prevail; in a pluralistic democracy, legal principles and cultural autonomy must both be respected. The Supreme Court has a chance to consider all these issues when it hears the review petitions on 13 November. Once it rules, we must all work co-operatively, in consultation with all stakeholders and with respect for the Constitution and the believers, to decide how to take this complex issue forward.

The author is a Member of Parliament for Thiruvananthapuram and former MoS for External Affairs and HRD. He served the UN as an administrator and peacekeeper for three decades. He studied history at St. Stephen’s College, Delhi University, and International Relations at Tufts University. Tharoor has authored 17 books, both fiction and non-fiction; his most recent book is ‘Why I am a Hindu’. Follow him on Twitter @ShashiTharoor.

The article first appeared in ThePrint.in

Shashi Tharoor, a former UN under-secretary-general and former Indian Minister of State for Human Resource Development and Minister of State for External Affairs, is currently a Member of Lok Sabha, lower house of Indian Parliament, from Thiruvananthapuram, Kerala since 2009. He also the Chairman of the Parliamentary Standing Committee on External Affairs. Shashi Tharoor is also an acclaimed writer, having authored 16 bestselling works of fiction and non-fiction since 1981, all of which are centred on India and its history, culture, film, politics, society, foreign policy, and more.

Haj subsidy withdrawal should have been gradual: Muslim clerics 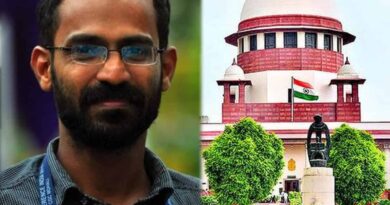