New Delhi: An RTI plea has revealed that Uttarakhand CM Trivendra Singh Rawat’s wife, a government school teacher, has not been transferred for the past 22 years.

Sunita Rawat is currently posted in school in Dehradun’s Ajabpur Kalan since 1996 despite receiving a promotion in 2008, the RTI inquiry revealed.

The information comes in the wake of the suspension of a school principal, Uttara Bahuguna, on the CM’s order for seeking a transfer.

Bahuguna, who is the principal of Government Primary School in Uttarkashi, had demanded transfer to Dehradun on personal grounds. Her husband had expired some time back and she wanted to take care of her family, but was refused.

Bahuguna (57) said she had been contacted by school education minister Arvind Pandey on Saturday morning. “The minister has promised me to meet on July 3 after he will return on July 2. He assured me of justice and also of transfer,” she said.

BJP state spokesperson Munna Singh Chauhan reacted to the row, saying, “The CM has already instructed the department to look into the matter (transfer) the same day. She could be transferred in the district cadre (Uttarkashi) as per norms.” 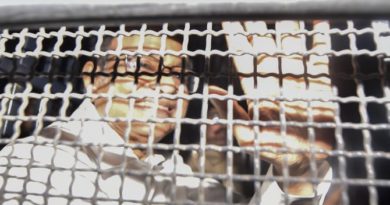