EDITORIAL: By Saeed Naqvi, The India observer, TIO, NJ: The spate of terrorist acts in the Taleban controlled Afghanistan, the latest one on the Russian embassy, begin to make sense in terms of the image that has stayed with me eversince I visited the most Anglaise of hill stations in the South-Ootacamund.

Part of the copycat culture colonialism left behind in Ooty was the annual “Hunt” except that horsemen and hundreds of hounds chased not a fox but a jackal. When the “Royal” society for the Prevention of Cruelty to animals banned the sport, the Brown Sahibs had no option. They too had to bring down the curtain on the sport.

A pity, I could not watch the hunt but, I said, I would like to see the pedigree hounds which dog lovers would exchange the world for. Without much fuss we were escorted to some well appointed kennels where the canines appeared to be most content.

This is when an idea began to gestate in my mind. Hounds trained for the annual hunt can be parked in Kennel once their utility as hunters is over.

What do states do with redundant human material trained to slaughter, dismember, decapitate, plant bombs in mosques and blow themselves up for advance booking with the Houris in paradise?

Once the annual hunt was outlawed, hounds could be kept in kennels, sterilized or given away to bonafide dog lovers. What does one do with redundant, thoroughbred terrorists? You can’t shoot them, because the ones who escape the firing squad will sing like canaries. If this spare Jihadi talent is left to its own devices, it will find employment in places which are not on the list of locations to be destabilized.

Once the Mujahideen had helped push the Soviets out of Afghanistan, the Americans packed up their bags and left. Like water finds outlets through crevices in the ground, the Mujahideen, found their way to Kashmir, Egypt, Algeria and heaven knows where else en route. When the matter of expanding Muslim terrorism spilling out of the Afghan Jihad was reported to Zbigniew Brezezinski, he shrugged his shoulder: “We wanted to defeat the Soviet Union and not worry about come stirred up Muslims.”

Quite imperceptibly, the “stirred up Muslims” mutated into “assets”, to be transferred from place to place, remote controlled. The transferability of terrorists as an asset became most transparent after they had done useful destructive service in Syria.

American authorship of the Syrian operation was available in the US newspapers as well as Congressional hearings. There were early reports of the Obama administration preparing for something akin to the colour revolution in Syria. This entailed a deployment of technology which would neutralize official methods of suppressing news.

The West does nothing without wearing the garb of high morality. So, promote “shadow” internet and mobile phone systems which “dissidents can use to undermine repressive governments that seek to silence them by shutting down communications network.” We have all of this on the authority of the New York Times.

James Glanz and John Markoff of the NYT describe an operation on the fifth floor of L street, Washington DC, where “a group of young entrepreneurs, looking like a garage band, are assembling deceptively innocent looking hardware into a prototype “internet-in-a-suitcase”, to be applied against the Syrian regime.”

The ground has to be prepared for “Liberation Technology”. Just when the US ambassador to Damascus, Stephen Ford and his French counterpart, Eric Chevalier, were visiting Homs, Huma and Darra to meet clusters of anti-regime protesters, I was in President Assad palace with a former Indian Ambassador to Syria.

We were meeting Buthaina Shabaan, Assad’s most elegant adviser known to my ambassador friend from the years of his posting.

I asked Shabaan something that puzzled me. “Is it common in your country to have Ambassador’s mingle with insurgents?” She straightened herself, and looked me in the eye. “It just shows how penetrated we are.”

Ed Peck, a former US ambassador to some Middle Eastern countries who happened to be independently in Syria, wrote us a letter”

“I have been dismayed by the accolades and support given to Ambassador Ford, our man in – and now out of Syria, for stepping well out of the traditional and appropriate role of a diplomat and actively encouraging the revolt/insurrection/sectarian strife/outside meddling”.

A few years later Abu Bakr al Baghdadi puts out a video from Mosul’s main mosque on July 4, 2014, declaring the formation of an Islamic Caliphate. In August 2014, Obama gives a significant interview to Thomas Friedman of the New York Times. Asked why he did not order air strikes against ISIS just when it reared its head in June-July 2014, Obama makes an admission:

Airstrikes on Baghdadi in July, “Would have taken the pressure off Nouri al Maliki” Iraq’s stubbornly anti American Shia Prime Minister. In other words, the rapid march of the ISIS from Mosul to the outskirts of Baghdad was “facilitated” to keep the pressure on Maliki. In September 2014, Maliki was shown the door. Moral: terrorists can be assets in circumstances.

Friedman becomes more brazen once Trump is in the saddle: he writes that Trump must give up the pretense of fighting the IS – because that is neither the US’s nor Israel’s national interest. “Trump should let ISIS be Assad’s, Iran’s, Hezbollah’s and Russia’s headache.”

Russians, Iranians, Chinese have all been talking about militants from Syria having been flown to Afghanistan.

A new US friendly government has been brought into being in Pakistan which, by most accounts, facilitated a drone to fly through its air space to kill Al Qaeda’s Ayman al-Zawahiri in the centre of Kabul. Taleban say they do not know. Surely there is a body somewhere?

Meanwhile about 70 Afghan envoys are working for Afghanistan but not for the Taleban. Who is paying their salaries? The Times London reports that the US did not take even UK into confidence on the secret annexures to the Doha Accord with the Taleban. It is all very mysterious.

Also, Read more from this Author: Rushdie’s Assailant: “My Name Is Legion For We Are Many” 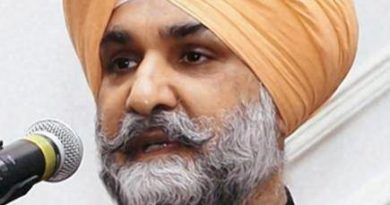 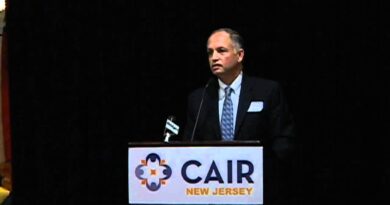 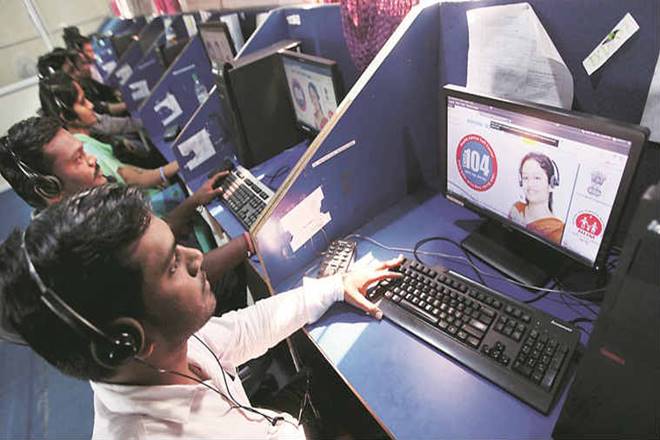