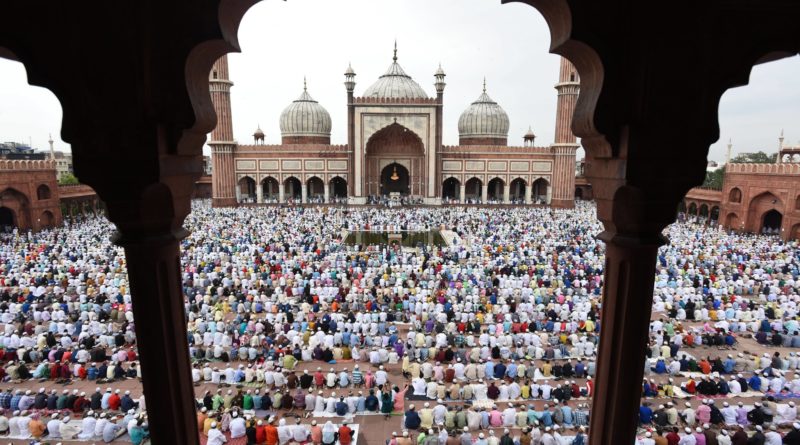 By Syed Ali Mujtaba, Edited by Adam Rizvi, New York. TIO: Eid al-Adha is one of the most important festivals in the Islamic calendar and obligatory upon the faithful Muslims to perform animal sacrifices. This ritual marks the end of the Haj, one of the obligatory pillars of Islam meant for resourceful Muslims.

This year the festival is to be celebrated on August 1, but so far no decision has been taken by the state or the central government. The rumor mill is agog with news that there will be no prayers held in the mosques for Eid al-Adha and the animal sacrifices will be banned under the pretext of Covid-19.

This kind anti- Muslim anti- Islam propaganda has unnerved the Muslim community and they such confusion to be dispelled at the earliest.

In May, the Muslim community had celebrated Eid ul-Fitr virtually remaining at home as the Covid-19 pandemic raged. But now Muslims want Eid-al-Adha celebrations to be held as usual with obligatory Animal Sacrifices.

This line of thought gained currency because the Odisha government had allowed Jagannath Puri Rath Yatra to be held with usual fanfare on June 23, 2020. Over 10 lakh devotees took part in the Rath Yatra in spite of the COVID 19 restrictions.

The Maharashtra government has also permitted the upcoming Ganeshotsav festival on 22 August 2020 through with stringent conditions.

It is in this context the Muslim community also likes to have a celerity on the celebration of Eid al-Adha. They want to go to the mosque to pray and then perform “Qurbani” or the customary sacrifice of the animal as it’s obligatory upon the faithful to do so.

However, there is a malicious campaign going on in the country that Muslims should not be allowed to make any animal sacrifices as the country is reeling under COVID 19 and the government can make such rules in this extraordinary situation.

Commenting on the issue of sacrificing the animal on Eid- al – Adha, Supreme Court Lawyer Syeda Hena Rizvi said, the Supreme Court in 2015 judgment had refused to interfere with religious practices and said the judiciary could not stop centuries-old traditions of sacrificing animals by different communities.

A bench of Chief Justice H L Dattu and Justice Amitava Roy said, “The Act itself carves out exceptions for animal sacrifices carried out for religious purposes. That is why the legislature while framing the Prevention of Cruelty to Animals Act has provided for the exception. We cannot shut our eyes to centuries-old traditions,” the lawyer said quoting the judgment.

The Muslim community is keeping its fingers crossed as so far no decision has yet been taken as how Eid al-Adha will be celebrated this year.

The community urges its leaders to take this matter to the government and get a decision on a priority basis to enable the community to celebrate Eid al-Adha with the same religious fervor as it has been doing before.

Syed Ali Mujtaba is a journalist based in Chennai. He can be contacted at syedalimujtaba2007@gmail.com TIO: can be reached at Mediaiss@gmail.com 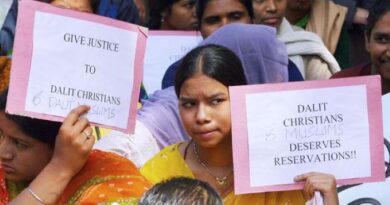 Book Ringside Seats For May 15 Post Poll Poker In Bengaluru