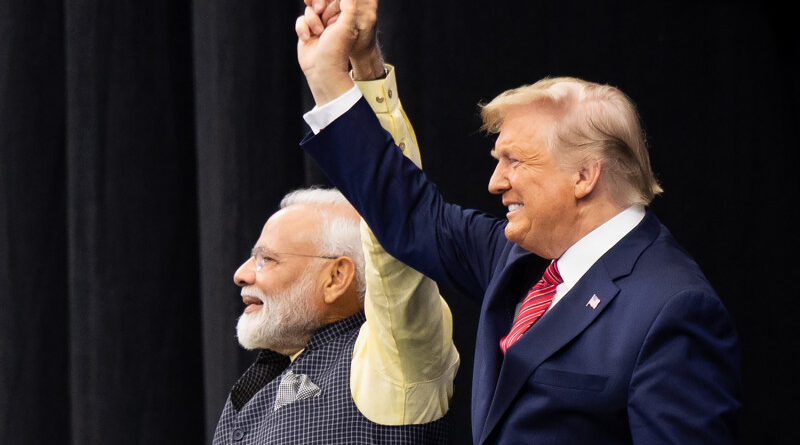 By Vijaylakshmi Nadar, Edited By Adam Rizvi, TIO: If there is anything that the Indian Prime Minister Narendra Modi fears, it is the international condemnation, against his authoritarian rule, which is threatening to dismantle the democratic, constitutional structure of the country. Though every effort has been made to subvert democratic institutions in the country, including the media, judiciary, bureaucracy, and the law enforcing agencies in the country, efforts are also being made to ensure that news of this downgrading from a “fully free country” to a “partially free country”, does not impact his reputation abroad.

To ensure this, the “Hindu” organizations in the US and other Western countries, which till 2014, were concerned with Hindu-centric religious activities and festivals, suddenly got co-opted into the more aggressive, hate-filled political entity Hindutva narrative. Instead of talking about “Hinduism”, the talks, activities, now center around protecting the interests of the extreme right-wing Hindu leader in power in India.

This is the third part of a five-part series, which looks at this curious but dangerous phenomenon, which seeks to brainwash the Indian diaspora, under cover of religion, risking their own existence in the process.

Despite Modi rooting for Donald Trump for the second term, 80% of the Indian Americans went with Joe Biden albeit reluctantly. In a virtual discussion, Dr. Shukla and his wife Suhag insisted that Bernie Sanders ceased to be an option for them the day he voiced his concern against the government action in Kashmir. And Trump did not quite appeal to them, because of the evangelical right-wing presence in his ranks, and with their favorite “Hindu” candidate Tulsi Gabbard falling out of the campaign, they were forced to opt for Biden. After praying that he doesn’t shoot himself by uttering something controversial against the Indian government.

This lot of second-generation Indian Americans, educated and groomed here, are therefore ambitious enough to want a share of the American pie here. They do not want to be just content like their fathers, who came from India, with some education, and ended up mostly with businesses of their own.

With the arrival of a `Hindu’ leader in India, the Indian Americans here felt a need to stress their Hindu-ness more than the Indian-ness. They showed examples of their Sikh and Muslim friends, stressing their obvious religious identity, as an example. These sentiments were echoed by Hindus in India as well, who after a lifetime of being asked not to be overt with their Hindu identity, suddenly felt a need to break free. Notwithstanding the fact that Hindus make up 84 % of the population, the Muslims make up only 14 % of the population and the rest is divided between the other religious minorities in the country, like Christians, Sikhs, Buddhists, and Jains.

This sudden explosion of Hindu-ness had its consequences. The uneducated, jobless youth in India, was brainwashed into believing that not just his Indianess, but his religious identity is everything. None would have however believed before the Trump and Modi era, that very large sections of the rich, educated, privileged lot can be brainwashed with the opium of the masses, religion, and patriotism too. Especially when neither one of these leaders was capable of doing anything constructive and worthy to uplift the people and thereby the country.

Though Trump fell short of brainwashing those watching other channels besides Fox news, Modi thought he would remain unchallenged and unquestioned, after he managed to get the national media to echo his Hindu extremism. He and his supporters were disappointed when several righteous media thronged the social media to voice their concerns and share their reports.

Much to the chagrin of the members of HAF, who experienced a sudden upheaval in their `Hindu’ existence too. They were now being accused of partisanship by several Hindus, who identify with the religion, but not the extremism that comes with embracing Hindutva, which in today’s context is an extreme political ideology.

HAF  on several occasions quoted from the BJP manifesto, naively assuming that Modi had actually delivered on all promises made. It is common knowledge that the political parties in India are not expected to deliver on the promises made in the manifesto. The millions of voters, both the poor and the educated and the privileged lot would not be any wiser if the party keeps recycling the same manifesto, after every five years and in state after state. Congress did it and now BJP is doing it too.

HAF members assume that socialism in India failed only because of the congress and that the Modi version of socialism is working great. This after six years of Modi’s term, which has exposed several of his failures, revealed by credible data sources. This despite the fact that the US had pretty much witnessed the same phenomenon of the leader promising everything, delivering nothing.

Though HAF members are careful enough not to issue official statements in support of the Indian government, they are candid in expressing their unflinching support to Modi and his tyranny on several platforms in their personal capacity.

It is hard to fathom why Indian Americans who have grown up here, never experienced its dirty Indian politics, are now willing to risk their careers and reputations to support a  tyrannical Indian leader, who in his past has done nothing but be a lifelong member of the RSS and used it to leverage himself to be the chief minister of Gujarat and now is the prime minister of the country.

Also, Read: United States are divided over the direction India is headed, a new survey showed

To assume like the less privileged in India, that criticizing Modi, is equivalent to nurturing anti-India sentiments or pointing out to crimes in the name of religion is akin to be suffering from Hinduphobia, is a cause for serious concern.

The fact that they defend the tyranny that Modi displayed in locking up the entire  Kashmir, after the abrogation of Article 370 in parliament, splitting the state of Jammu and Kashmir, into three union territories is very shocking. The lockdown in Kashmir was followed by a complete blackout of communication, starting August 5, 2019, bringing the life of over four million Kashmiri’s to a standstill.

Kashmir incidentally is the only Muslim majority state in the country. Terrorism was one of the reasons stated for the lockdown, which continues unabated despite the presence of over 85,000 defense personnel in the valley.

Also, Read: Orchestrated violence At the Tractor March To Taint The Farmers Protest

HAF however clings to the narrative of the 1989 exodus of Kashmiri Pandits from the valley, to again portray the Hindus as the victims, rather than comment on the situation in Kashmir today. Ironically the prime minister then was VP Singh of the Janata Party, who was in coalition with the BJP at the center. The Hindus were not able to return to the valley when Atal Bihari Vajpayee of the BJP was the prime minister between 1998 and 2004. By then it had become a highly political issue, with all prime ministers making promises and none keeping them.

Though BJP under Modi made it an election promise in 2014 to ensure the safe return of the Pandits to the valley, six years later, nothing of the sort has happened. BJP continues to keep Kashmir in a state of high alert, while the Pandits are becoming increasingly disappointed in the government.

These Hindu organizations whether HAF or the OFBJP seem to have a blind spot to what is really happening in the country under Modi. Whether it is India’s economy which is in the doldrums, because of the ill-advised demonetization, never seen in any developing and developed economy, the terrible implementation of the Goods and Services Tax,  in its terrible mishandling of the Coronavirus pandemic, causing the harshest lockdown in the world and further destroying the economy.  Its foreign policy at its weakest today, its inability to keep China away from the borders, and the complete collapse of democratic institutions, all are in varying degrees of crisis today, threatening the country’s steady rise as a credible and stable global player.

The hateful communal lynchings, the horrendous rapes almost on a  daily basis in states like Uttar Pradesh, and the orchestrated riots in the country’s capital in Delhi, are not made a matter of discussion or concern.

Also, Read: Fears Over The Rising Militant Hindutva Influence In US Politics

HAF has never shown concern for the situation of Indian minorities, has worked against social justice in India and still calls itself a human rights organization advocating for minorities in the US and elsewhere. The only concerns that the Hindu American Foundation raises revolves around the dwindling numbers of Hindus in Bangladesh, Hindus, and Sikhs being targeted in Afghanistan, and Kashmiri Hindus who left the valley, to show the US and the world how Hindus, around the world, are being targeted.

And with the millions of farmers in India protesting on the streets for months against the new farm laws which threaten their very existence, several countries like Canada, and the UK, and even the US have spoken up in support of the farmers. And yet there is absolutely nothing on the HAF website about the plight of farmers in India, who cut across all religious lines, whether Hindus, Sikhs, or Muslims. It is as if the Indian government does not support the cause, then it is not worth taking it up for HAF. Since the farmers were labeled Khalistanis and terrorists by Modi himself, these so-called advocates of minority rights have instead started having meetings to ‘educate’ all those who would take the trouble to listen to them about the ‘importance’ of the farm laws!

Read More from this Author: Tears of Helplessness, Power Boost to Farmers Protest

Our Articles can be reproduced, with the following conditions, (1) No alteration to the content, (2) Visible, full credit is given to the Author & Editor. (3) Citing, TheIndiaObserver, TIO. In the case of online or electronic media, a link to the original article must be given. Rules are strictly enforced. For any further question, TIO can be reached via email: Mediaiss@gmail.com 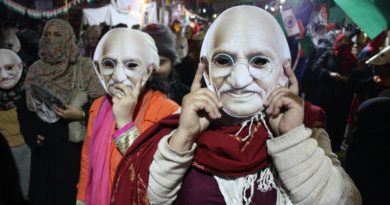 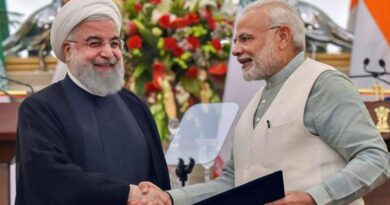