AHMEDABAD / BANASKANTHA. The “India-Pakistan Friendship and Peace March” which started from Ahmedabad’s Gandhi Ashram  has completed nearly 200 kms  and marching onwards as a peace effort between the two countries.

The marchers reached Dev Darbar Jageer Mutth Ashram where they were given a warm welcome by the ashram. After the completion of welcome ceremony, all travelers including Sandeep Pandey met Shri Baldevnathji Maharaj head of the mutth. The Dev Darbar Mutth is located in Banaskantha district just 80 kilometers from the Pakistan border. 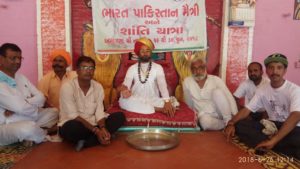 Just outside the border is the Salemkar Remiti district of Hyderabad region the district closest to the border. Most of the residents of the area are Hindus. Nearly 500 Madhavani Hindu family live here, all of which are disciple of the Mutth. (followers). Last year, they organized a 5-day Satsanga in Pakistan, which boasted of the participation of people from both Hindu and Muslim communities. Earlier, many followers had visited their ashram in India, but due the escalation of tensions between the two countries, now the arrival of people from Pakistan is next to impossible.  During last year’s visit to Pakistan a magnificent temple for the followers of the seer was constructed along with a grand hospital named ‘Hey Nath’ which is nearing completion and ready to serve the people of Salempur in Pakistan.

Speaking on the occasion, Shri Baldevnathji said that generally people of both the countries welcomed each other and had love and respect for their counterparts across the border. Efforts should continue to dispel tensions and foster brotherhood between the two countries, which is necessary for progress and prosperity.

Speaking on the occasion, Magsaysay Award winner Sandeep Pandey said, “When we met Sadaram Bapu in Lotana village, he expressed pleasure that this kind of march had been taken out to connect the two countries. A demand was also raised to start a bus service between Suigaam and Nagar Parker.” ”

The marchers are expected to reach Nadabet border on June 30, which is the last stop for the journey. 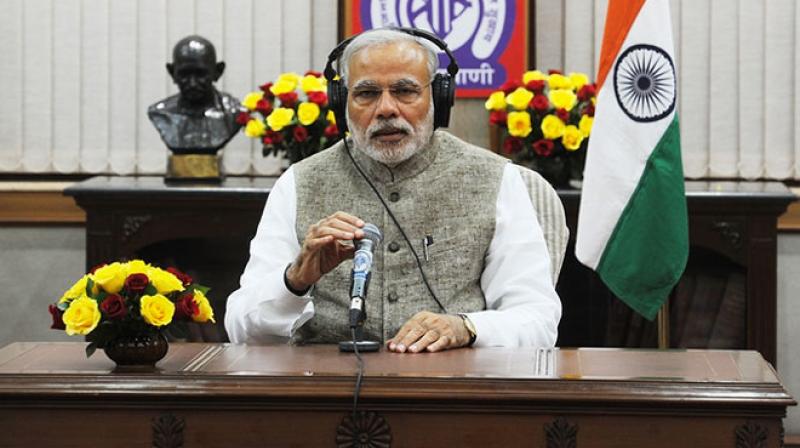 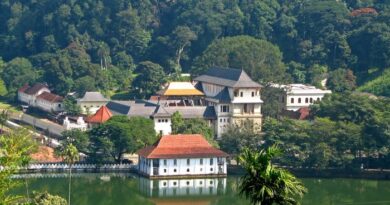