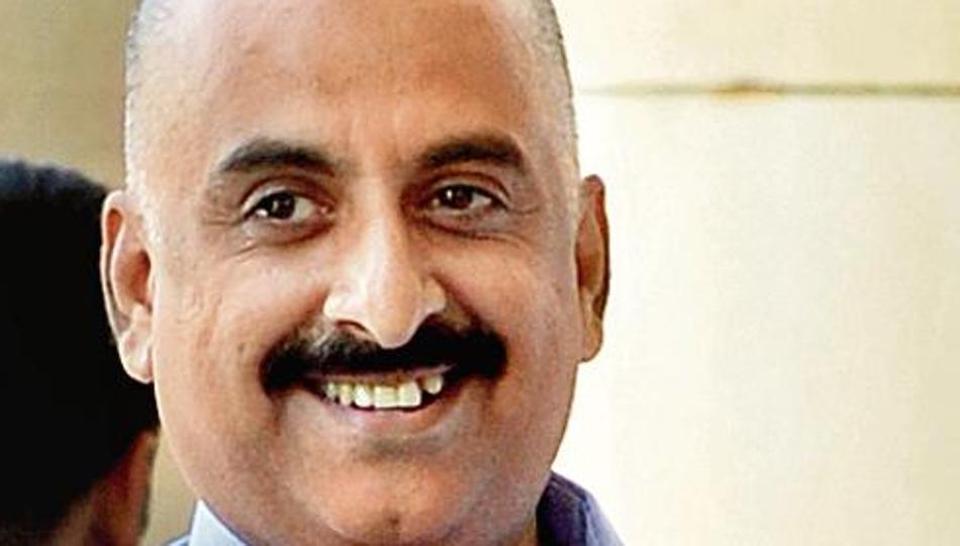 A week before the 17th Lok Sabha began, first-time parliamentarian Imtiaz Jaleel’s home was overrun with bouquets, and he was running on four hours of sleep.

The week before the 17th Lok Sabha began, first-time parliamentarian Imtiaz Jaleel’s home was overrun with bouquets, and he was running on four hours of sleep. This isn’t unusual. Winning members of Parliament (MPs) tend to be local heroes, and Jaleel has been popular since he wrested the Aurangabad Central seat from the Shiv Sena during the Assembly elections of 2014. Five years later, however, Jaleel has noticed a difference in the people congratulating him. “In 2014, if 100 people came to visit me, then all 100 would be Muslims. Today, it’s across the caste and religious spectrum,” he said.

Twenty-eight days before the general elections were scheduled for Aurangabad, journalist-turned-politician Jaleel was nominated as a parliamentary candidate for the seat, representing an alliance between the Vanchit Bahujan Aghadi (VBA) and the All-India Majlis-e-Ittehadul Muslimeen (AIMIM). Founded in March 2018 by the grandson of BR Ambedkar, Prakash, the VBA emerged as a serious contender because of its sway over Dalit, Adivasi and other backward classes (OBC) communities. Accused by the Congress of being the Bharatiya Janata Party’s (BJP) “B-team” (because the VBA split the anti-BJP vote), the VBA quickly distinguished itself by its decision to field educated candidates and declaring their caste names. In the Lok Sabha polls, the VBA-AIMIM alliance secured 4.11 million votes, which was 7.63% of the total votes polled in Maharashtra.

Aurangabad has been a Shiv Sena stronghold and is known for its divisive politics. Jaleel, the first Muslim MP from Maharashtra in 15 years, has managed something remarkable with his win. “For the first time in at least 20 years, Muslims and Dalits came together. Jaleel showed that minority communities coming together can change the narrative,” said Dr HN Sonkamble from the department of political science at Dr. Babasaheb Ambedkar Marathwada University (BAMU). Fittingly, it was the state of Indian politics that drove Jaleel to quit journalism after 23 years. “I’ve seen divisive politics make its inroads,” he said. “I would cover Bal Thackeray’s rallies, where he would call Muslims names and I would see all these people cheering. They would be enjoying those terms. It used to hurt me.” Increasingly, Jaleel found himself getting frustrated by how advertising was impacting news and how limited his influence was as a journalist.

The final straw proved to be waiting for BJP’s Amit Shah and Pankaja Munde to show up at a rally in Beed in 2014. “The program was delayed by four hours,” Jaleel recalled.

“And I thought, ‘Yaar Mein kya kar raha hoon? [What am I doing?] There are guys sitting next to me who have joined journalism just a few years ago. I’ve been covering this for 23 years and I’m still doing the same thing’.” At the time, he was working for NDTV in Pune. He came home and submitted his resignation. “I didn’t even serve my notice period. I’d had enough,” Jaleel said. His original plan was to return to Aurangabad, spend some time with his family, and then teach at Pune’s Symbiosis Institute of Media and Communication. “Sharad Pawar at the time said he’d give tickets to Muslims,” Jaleel said, “and the Muslim candidates were all shady characters.”

One night, while ruing how badly Muslims are represented in politics, a friend of Jaleel’s turned to him. “‘Why don’t you stand from Aurangabad? It’s not like you have a job,’ he said to me and I thought, ‘it’s true’.” Jaleel said.

As surprising as the decision to join politics was, Jaleel opting for AIMIM was the bigger shock to those who know him. “When I said I was joining them, there was silence in the house,” Jaleel recalled with a grin. The Hyderabad-based party is known for being stridently Muslim and leaning towards conservatism, which felt these parties had done nothing to stop protect innocent Muslims who had been falsely accused of terrorism..

For instance, in his recent parliament speech, AIMIM’s Asaduddin Owaisi argued that criminalizing triple talaq is “anti-Muslim” and does “great injustice to Muslim women”.

For Jaleel, however, it mattered that he knew Owaisi personally and that there would be less competition from within than if he joined a bigger player like the Congress or the Nationalist Congress Party (NCP). As an AIMIM candidate, he knew he would be small fry, but he’d be able to run his campaign as he wanted. He also knew there were deep-rooted frustration and anger at the Congress and the NCP within the Muslim community.

Jaleel is proud of the way he steered his campaign and supporters clear of partisan politics. “Now when workers know it’s my program, they won’t raise that us-versus-them kind of slogans. The kind of support I get, particularly from the youth, because I won’t go that way is really what gives me hope,” he said. He keeps emphasizing that infrastructure benefits everyone.

Among Jaleel’s plans for Aurangabad are setting up a skill development university and increasing the city’s flight connectivity. At present, Aurangabad airport’s facilities include a carrom board and limited air conditioning, but Jaleel hopes to accommodate private airlines and even international players.

While campaigning in 2019, four-time sitting MP from Aurangabad, Shiv Sena’s Chandrakant Khaire raised the slogan “Baan pahije ki Khan pahije? [Do you want the bow and arrow — Shiv Sena’s party symbol — or the Khan?]” Jaleel, on the other hand, talked about local issues and development, and it resonated with many in the city.

When Jaleel emerged as a frontrunner against Khaire, it was a surprise to most people, but not to Jaleel. “If I hadn’t been sure of winning, I wouldn’t have stood for election,” he said.

His confidence came from knowing the electoral mathematics favored him since the Maratha vote was divided between independent candidate Harshvardhan Jadhav and the Shiv Sena. He also knew there was disgruntlement at Khaire, even among Sena loyalists.

“That Khaire and I got almost the same number of votes shows the mentality of the people,” said Jaleel, who won by a slim margin of 4,492 votes.

“Yes, the reality is that I happen to be a Muslim, but my work as an MLA has proved itself. In the 2019 general elections, Brahmins voted for me, Marathas voted for me, Dalits came out openly and voted for me,” he said.

Even among those who haven’t voted for Jaleel, there’s grudging admiration. Sunil Gaikwad, a driver who works for a taxi service and is a Sena supporter, said, “Jaleel is a Muslim leader so of course he’s done things for Muslim areas in the city, but he doesn’t only help Muslims.”

Jaleel is keenly aware that Muslims need better representation in India. According to the Pew Research Centre, the share of Muslims in the Lok Sabha was at a 50-year low after the general elections of 2014, when 23 out of 545 MPs were Muslim. The number has risen to 27 in the 17th Lok Sabha, marking a decade high. “There’s a desperate need to improve the quality of our political leaders, especially in the Muslim community. Rather than tokenism, we need leaders we can look up to and traditionally, we’ve got the opposite,” said Dr Hameed Khan, a professor at BAMU.

Also, Read:‘You voted Modi, now want me to get your work done?’

As a progressive Muslim who has despaired at the leaders claiming to represent his community, Jaleel understands his success is a beacon of hope for particularly the underprivileged who feel ghettoized and vilified.

“There is no harm in Muslims projecting a Muslim, dreaming of having a Muslim MP in the Parliament,” said Jaleel. “But the important thing is, push for candidates from within communities who are good, have a clean image and are educated. We’ve got to look beyond parties.” The label of ‘Muslim leader’ sits uncomfortably on Jaleel’s shoulders. “I would like to be seen as MP of Aurangabad, not as a Muslim MP. And that I will do with the work,” he said. 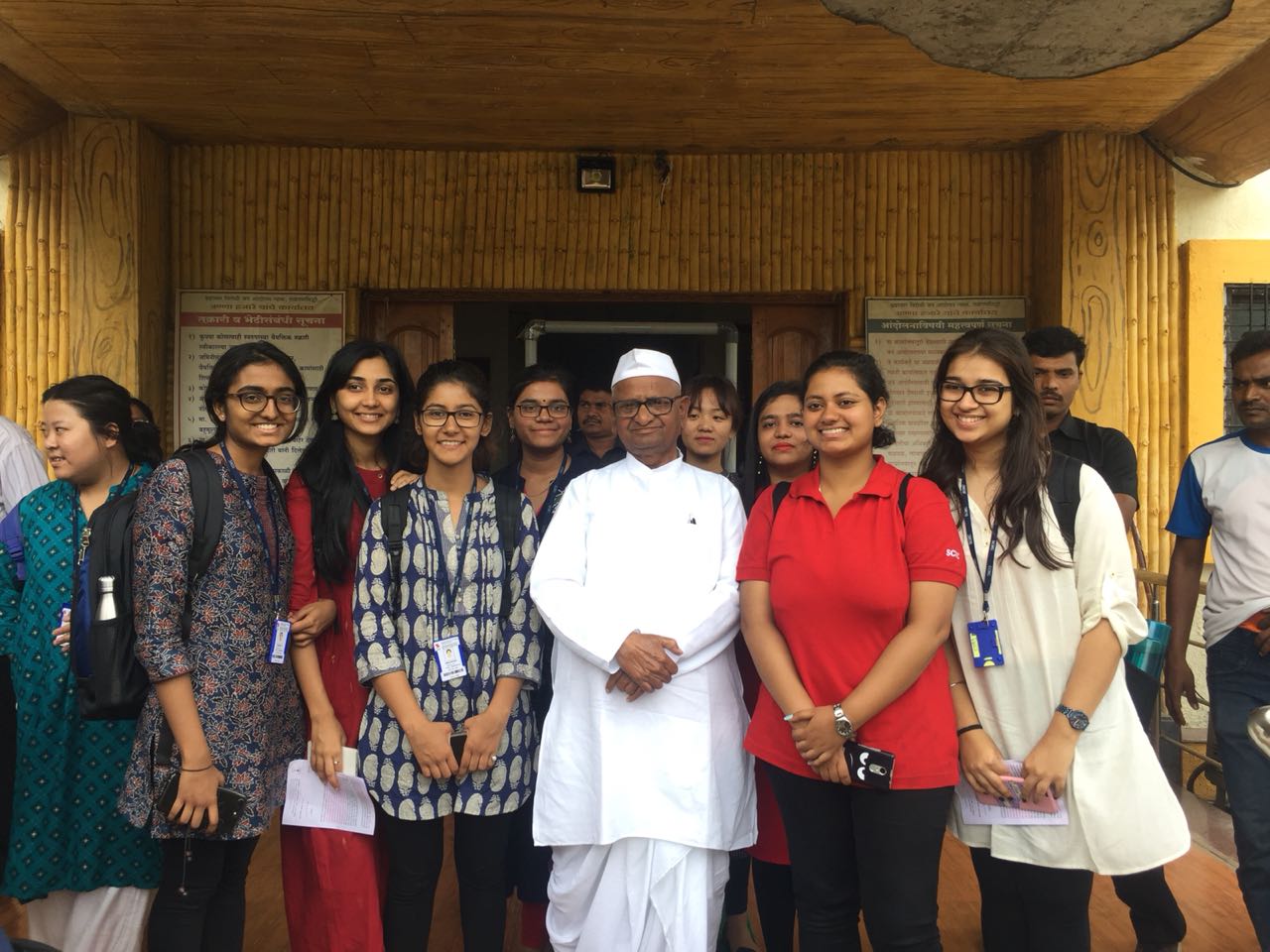 SCMC STUDENTS HAVE A TRYST WITH ANNA HAZARE 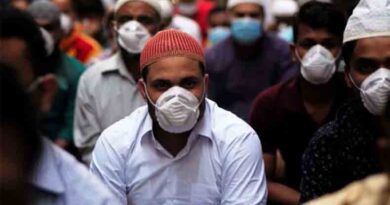 Snapshot of Muslims in Seemanchal Region