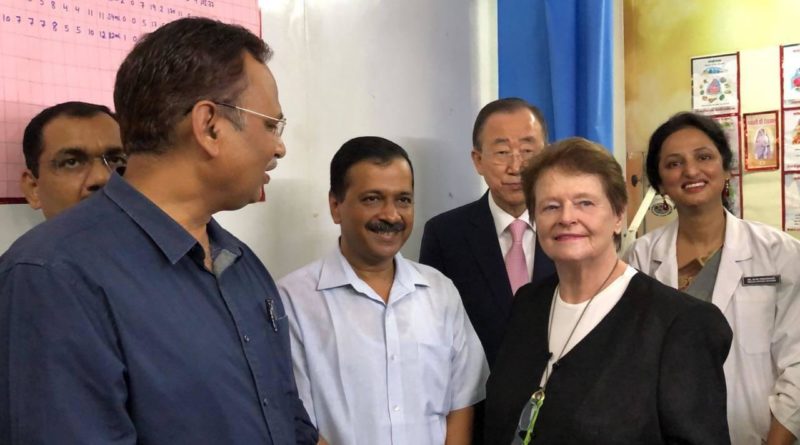 By Vijaylakshmi Nadar, Copy Edited By Adam Rizvi, TIO.  29 October 2019. When the Aam Aadmi Party (AAP), a party of first-time politicians, more professionals who turned into activists to clean up the system of corruption, inefficient and incompetent governance, formed the government in 2015, after a very short stint in 2013, they were men in a hurry. The Delhi health minister Satyendra Jain, an architect by profession was especially driven to find solutions to the burgeoning health crisis in the capital city. Realizing that existing health care practices, meant that he would be stymied more than be efficient, he actually hacked into the system, to come up with an incredibly low cost but highly efficient health care model, which has so far helped treat more than 1,25,000 patients already.

Realizing that people needed primary health care immediately and couldn’t wait years for him to build a handful of traditional public health care centers of hospitals, he rolled up his sleeves to roll out the first Mohalla Clinic in July 2015, within two months of coming to power. These clinics, so-called because they are easily accessible in individual localities (mohallas), fit into the existing definition of the primary healthcare system, but gave it a whole new outlook. Since the number of Mohalla Clinics have risen to 301, with 100 of them this month and another 100 more next month. 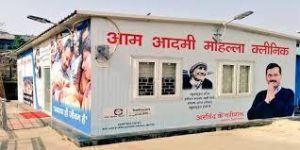 Housed in portacabins, which can be dismantled any time,  set up even in narrow, crowded, unauthorized slums, with no compromises of comfort including air conditioning, no compromises in quality health care, with minimum costs and where the entire process is mechanized except the doctors, with zero wait time for patients. In creating this infrastructure, the Delhi government reduced the costs of setting up a center by almost 75 %. A hospital providing all the facilities that these clinics do would cost a minimum of Rs 5 crores, while this cost only about Rs 20 lakh.

Earlier government facilities would offer only 2-3 free tests, while the mohalla clinics started with five tests to now do 212 free tests, at again a fraction of the price. The tests which used to cost the government Rs 100, now only costs 1/6 of it, at Rs 15. The clinics also give as many as 130 free medicines. Where earlier 68% of medical costs even in government hospitals was passed on to the patient, today none of it is. Expanded health care policies of the government mean that even expensive surgeries for the patients, which would earlier wipe out the savings of an entire family are now completely free.

Maintaining the Out Patient Department (OPD) consultation, investigation, medicines and maintenance costs only Rs 100 per patient in the clinic, whereas in a hospital it costs a minimum of Rs 600 to the government. A visit to a hospital also means traveling expenses, loss of time, and loss of wages, with a minimum of two visits to the hospital.

80% of patients using these mohalla clinics are women, children and the elderly, who earlier avoided visiting the crowded health care hospitals, for long-distance travel and the trouble it entailed until the health condition worsened and couldn’t be ignored anymore.

The vision propelling these mohalla clinics is to take health care to the doorstep of everyone who needs it, without distinction of poor or rich. As a result, the government plans to open these clinics, one each at 1 km apart. “Delhi is spread over 1500 km, 500 of which is forest area and in and around Yamuna river, so soon a 1000 mohalla clinics will cover the remaining 1000 km of a residential area”, said the chief minister Arvind Kejriwal recently. This will then be the largest network of primary health care centers not just in India, but across the world as well.

One of the defining features of the clinic is its automated medicine units which at the press of a button, doles out all the medicines prescribed to the patient. “I used the ATM model, to set up automated vending machines for medicines in mohalla clinics as well. I read an article which mentioned that a transaction in a bank costs Rs 100, while in an ATM, it costs only Rs 10, which is what set the ball rolling”, says Jain.

With this highly simple health care model in place, the clinics were witnessing hundreds of patients per day. “95% of the patients were satisfied with the health care provided here, only about 5% of them needed to be referred to bigger hospitals”, says Jain.

The very first clinic caught media attention around the world with the Washington Post even suggesting that this model may actually help rectify flaws in US health care as well. Several dignitaries from around the world, including the Elders of UN, have visited the mohalla clinics, with UN’s former secretary-general Kofi Annan complimenting Kejriwal, for setting up these clinics. The most recent visitors, king William-Alexander and maxima of Netherlands too were high praise for these clinics.

Among those who had raised doubts on the completely free health care provided by the Delhi government at all levels, as Amartya Sen, who had stated that he was nervous about the rise in budgets to accommodate free health care,  to which the health minister stated that money was never the issue, the intention was. Instead of building hospitals which would have taken a few years, for which land too was denied by Delhi Development Authority, following petty politics by the center, Satyendra Jain, who is also the Public Works Department  minister rolled up his sleeves and rolled out the mohalla clinics, which is now being hailed all around the world, for its simplicity, yet low cost-efficient option of medical care.

Jain worked on the simple principle of what is your budget, how will it be spent and what would be the output. Earlier systems simply worked on excess investment, excess staffing with little or no output. Simple logical, business-minded decisions, by a hands-on man, driving the economic advantage, with which he delivered 10 times the quality at 1/10th the cost.

Also, Read: AAREY GOES DOWN UNDER COVER OF DARKNESS

“All assets are utilized, government’s negotiation as a bulk buyer is utilized and yet our intention to serve is not diluted”, says Jain, who was constantly raided by the Central Bureau of Investigation (CBI) at the behest of the nervous central government, which was shaken by how much this one man has been able to completely turn around the public health care model, which neither the center or any of the state governments have been able to precede or replicate.

When Delhi’s primary health centers, the mohalla clinics took off, there was immediately an outcry, that Arvind Kejriwal and his merry band of ministers, will dole out everything free to the poor and mess up the budget and then tax the rest heavily. Well, nothing of the sort has happened till almost the end of their term now, with revenues doubling, while the rest of the states in the country’s revenues are declining.

The success of the mohalla clinics has now become a subject from research students and medical professionals around the world, who had been heading to see what is this health model all about?

Recently Dr. Ranjit Dhelaria, a practicing nephrologist from Dallas/Fortworth, too had a chance to visit the very first mohalla clinic set up in Delhi and has this to share.

“I think this concept of mohalla health clinics is done well. It does a good job of providing health care to the needy. Access to health care is very critical for a lot of people. There is a lot of health care disparity which is very common in underdeveloped countries like India. Therefore, what they have achieved through mohalla clinics, in terms of health care for the poor is tremendous”, he says.

“Each of these clinics is seeing at least 100 patients a day and that is excellent. I was under the impression that there were just a few mohalla clinics and got to know about a 100 of them were inaugurated on October 19th, with another 100 being inaugurated next month. That is a commendable effort,” he added.

In an hour’s discussion with Satyendra Jain, he got to know of his vision to reducing hospital visits by providing quality primary health care services, which is very well recognized in the western world.

“His idea of setting up government hospitals which are bigger and better than private, corporate-run hospitals, and already winging it, with three new hospitals coming up soon, is appreciable”, he says.

Primary health according to him is the most important care that is there, which a person needs. Whether it is providing preventive services, or providing ongoing chronic care management, which in the long run reduces health care costs, according to him.

The concept of primary health care centers is not new but isn’t well maintained in India. In this area, the Delhi government has done extremely well by providing a tertiary care center to reduce health care burdens and costs. Something which cannot be set up in the USA, because health care systems here are driven by insurance companies,” says Dr. Dhelaria.

“Primary health care is still the most important and convenient care and robust health care center helps improve morbidity and mortality which in turn helps improve quality of life. Unfortunately, corruption in India has existed for several decades which limits access to health care services, education services or basic needs like clean water, electricity, or other important services that every population deserves. A lot of development has happened, but the mentality has not changed”, he rued.

Dr. Dhelaria who left India 16 years ago, expressed his angst that nothing much had changed in one of the government hospitals, but sees a lot of potential for change. “Mohalla clinics are however are a success and having them in as many localities in Delhi as possible and continuing to provide quality accessible health care is the key to improve people’s health and that would be a big hallmark for the work they have done. They would be able to shine on this work that they have accomplished”, he added.

Expressing that this was the first time that he was dealing with an Indian politician, who did not behave like one, he stated that establishing a doctor’s panel, of national and international doctors which would be able to provide advice on various issues, was discussed.

Also, Read:India – a free fall from democracy to autocracy 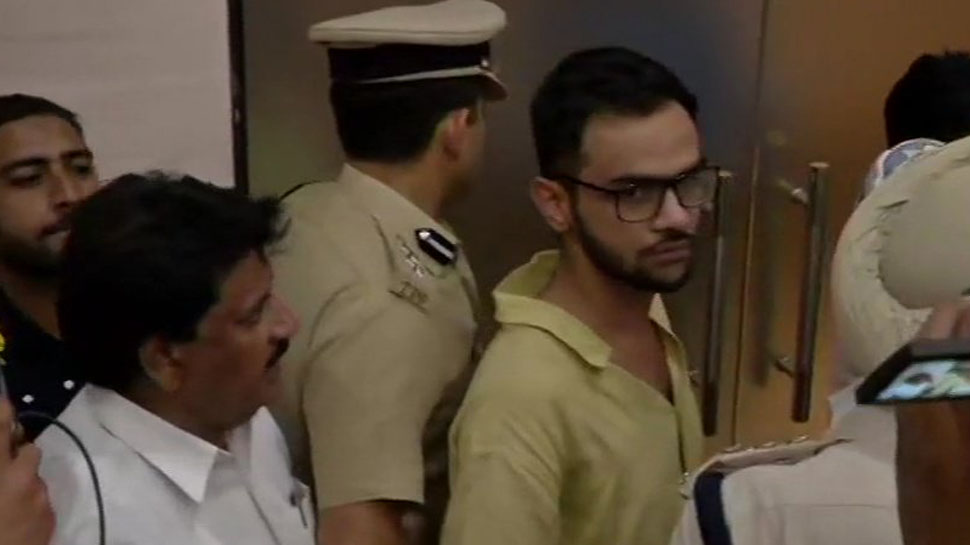