New Delhi, September 20: A media report has quoted a former HAL chief as saying HAL could have built Rafale fighter jets in India, contradicting the Defence Minister’s claim that HAL “did not have the required capability”

The Hindustan Times has reported on September 20 that T Suvarna Raju, who headed state-run Hindustan Aeronautics Limited till as recently as September 1, 2018, has said that the Rafale fighter jets could have been built by HAL in India, “had the government managed to close the original negotiations” with Dassault Aviation.

“When HAL can build a 25-tonne Sukhoi-30, a fourth-generation fighter jet that forms the mainstay of the air force, from raw material stage, then what are we talking about? We could have definitely done it (built the Rafale fighter jets),” HT quoted Raju as saying.

The report added that Raju “questioned why the Union government was not putting out the files in public”.

The report also said:Raju insisted that HAL has the ability to make advanced fighter jets and “would have been happy to give a guarantee” for the aircraft it produced.

Raju also admitted that HAL may not have been able to build the planes at the desired “cost-per-piece”, one of the reasons why that deal fell through.

The HT article, however, reported that a former chief of the Indian Air Force had said that making the Rafale jet would have been a challenge for HAL. “The fact is HAL has not performed to the level it could have. It promises more than it can deliver and quality of work has been substandard in many cases. It has also backtracked on its promises,” he is reported to have told Hindustan Times.

Earlier on September 13, Defence Minister Nirmala Sitharaman had claimed that HAL “did not have the required capability to produce” Rafale fighter jets. 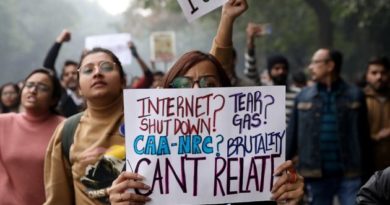