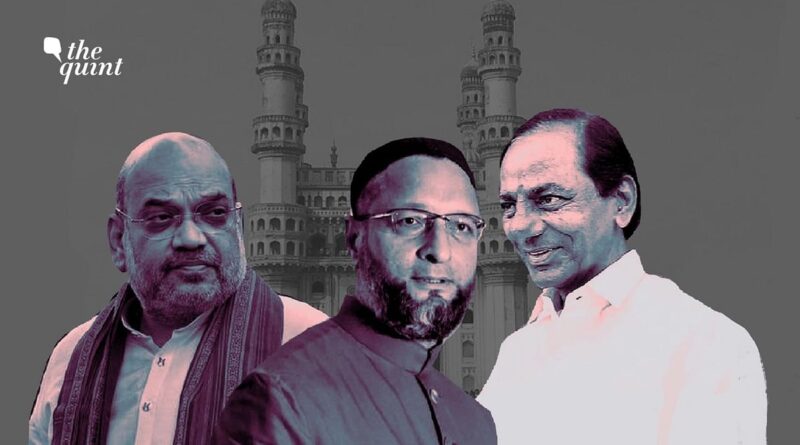 The GHMC elections are to be held on December 1 and results are to be announced on December 4 for the 150 wards. Telangana Rashtriya Samithi (TRS) has fielded 150 candidates, the Bharatiya Janata Party (BJP) 149, the Indian National Congress (INC) 146, and the All India Majlis-e-Ittehadul Muslimeen (AIMIM) 51. In the 2016 elections, TRS had won 99 seats, AIMIM 44, BJP, and the Congress 4 each.

It is for the first time, campaigning for a municipal election is held on the national agenda instead of focusing on local civic issues. The BJP  campaign topics are the anti-Muslim rule of Nizam of Hyderabad, Jinnah the spoiler of Akhand Bharat, Pakistan- the epic center of terrorism, surgical strike on Pakistan, and other such hate-filled issues to polarize the voters on communal lines.

In the election campaign, the BJP is promising to rechristen Hyderabad as Bhagyanagar after Bhagmati, a fictional character of the Qutub Shahi period. This is the third city on the BJP agenda to be renamed after Allahabad and Faizabad.

Some analysts feel that BJP is taking the Hyderabad municipal election very seriously because of the emergence of AIMIM in the national politics with making forays in Bihar and elsewhere that are disliked by the BJP.

At the GHMC polls, AIMIM has fielded five non-Muslim candidates to blunt the allegation that AIMIM is a communal party representing  Muslims only. Earlier too AIMIM had fielded non-Muslim candidates at Hyderabad Municipal election. Prakash Rao, Satya Narayana, and Alampalli Pochayya all became Hyderabad’s mayors on the AIMIM ticket. AIMIM also has an influence on the Dalit community and has support from other non-Muslim communities.

Telangana Rashtriya Samiti (TRS) is the major player in the Hyderabad Municipal polls. The ruling party has done some developmental activity and started welfare schemes for the poor, including the minorities, and has a stronghold over the electorates. TRS maintains a secular image and has made Mohammed Mahmood Ali, the Home Minister of the Telangana state.

The Congress which is another player in the Hyderabad municipal poll is a weakened party and even though it is contesting on 146 seats, it’s not much impactful in this civic poll. It’s nowhere a picture of its former self.

TRS and BJP are not getting along well and the recent example is that the PMO has left Telangana CM from the list of VIPs receiving the PM at the airport. The BJP government in Delhi has not provided any flood relief to Hyderabad despite the state’s requests. This is a poll issue for both TRS and AIAM at the GHMC polls.

Even though TRS and AIMIM, are rivals in the current Hyderabad municipal elections, speculation is rife that in the post-election phase both the parties may come together and the Mayor’s post may go to TRS and the deputy to the AIMIM.

The municipal election of Hyderabad assumes unprecedented importance because of the BJP star campaigners at a civic poll. BJP is hoping that its ideology of Hindutva will attract the non-Muslim youths and they may give the saffron party a foothold in Telangana. The BJP used the entire force of its national leadership with the aim to weaken the grip of both the TRS and the AIMIM on their home turf.

If the BJP has brought in its star campaigners for municipal-level election, the TRS has K Chandrasekhar Roa (KCR), his son K. Rama Rao (KTR), and daughter K. Kavitha to campaign for its party. The Owaisi brothers are waiving the AIMIM flag to attract the voters.

GHMC poll is perhaps the first municipal election in the country that is hitting the national headlines.

Read more By Syed Ali Mujtaba: Bilkis Dadi of Shaheen Bagh and Harsh Mandar to be feted in Chennai 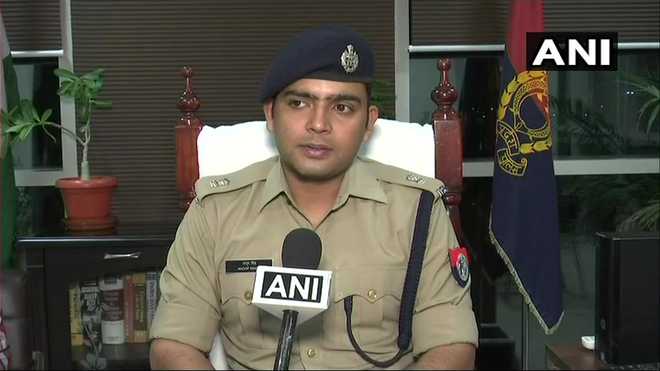 Proud to salute IPS son as boss, says UP constable