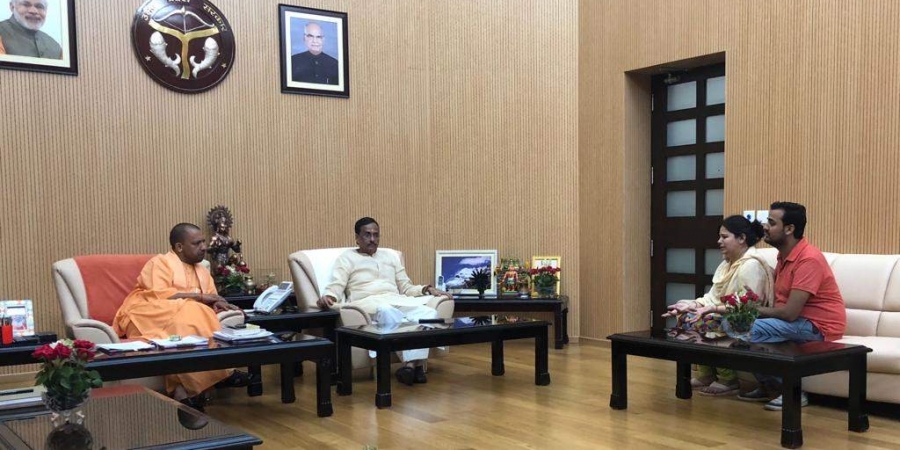 The chief minister assured family of all the possible help and also met the two daughters and consoled the family promising strict action against the guilty.

Lucknow, October 1, 2018: The family of a tech company executive, shot dead by a policeman in the Gomti Nagar area here, met Chief Minister Yogi Adityanath on Monday and said that they “have faith” in the state government.

“I have said earlier that I have faith in the state government. This faith has been strengthened after meeting the CM. I have lost capacity to take a stand after the unfortunate incident, which should not have happened. It has shaken me. After meeting the CM, I have gained confidence that I will be able to fulfil the responsibilities my husband left on me,” said Kalpana Tiwari, the wife of Vivek Tiwari (38).

Also Read | UP: APPLE EMPLOYEE SHOT DEAD BY COP FOR NOT STOPPING CAR

The executive was shot dead on September 29 when he allegedly refused to stop his car.

#WATCH: Kalpana Tiwari, wife of Vivek Tiwari who was shot dead by a police constable in Gomti Nagar area on 29 September, says after meeting CM Yogi Adityanath, "I had earlier also said that I have faith in our state government and today that faith has further strengthened" pic.twitter.com/EkloDLhfIE

“All my demands have been met. I wanted strict action against the guilty, a job, accommodation, expenses for education of my daughters and my mother-in-law. The CM acceded to all my demands,” she told reporters.

Earlier, Deputy Chief Minister Dinesh Sharma reached Tiwari’s residence here Monday morning and take along with him Vivek’s wife, brother-in-law and two daughters to the 5 Kalidas Marg residence of Adityanath for a meeting.

The chief minister assured family of all the possible help and also met the two daughters and consoled the family promising strict action against the guilty.

“The family is satisfied with the action taken. We will be giving all possible help to the victim’s family including a job to Kalpana as per her educational qualifications. A relief amount of Rs 25 lakh, two fixed deposits of Rs 5 lakh each in the name two daughters of the victim and a Rs 5 lakh FD for mother-in-law has been approved by the CM,” the deputy chief minister told PTI.

“I was in touch with the family members, who are known to us, and met them Sunday after arriving in Lucknow.

The family members had been in BJP too in the past and they did not want politics in the matter,” Sharma said.

The family wanted strict action, which has already been taken as the two accused were arrested and dismissed from service, he said.

Two constables — Prashant Chowdhury and Sandeep Kumar — have been arrested on the basis of an FIR lodged by Tiwari’s colleague Sana Khan, who was travelling with him at the time of the incident.

The two accused have also been dismissed from the service.

His body was Sunday cremated at Bhaisakund in the presence of state minister Brijesh Pathak and local MLA Ashutosh Tandon and others. 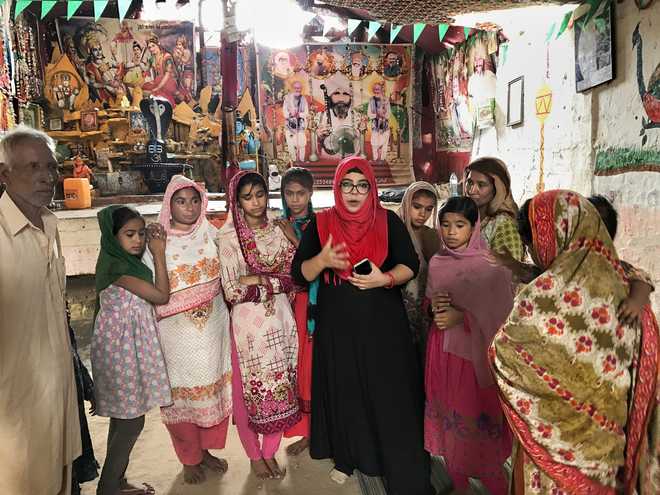 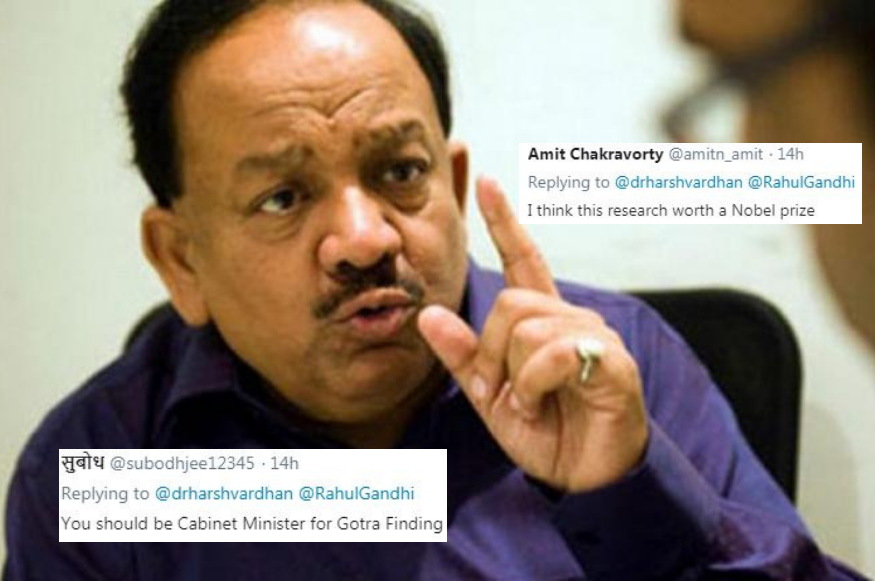 The Fault in his genes: Science Minister Trolled for Gotra politics on Rahul Gandhi