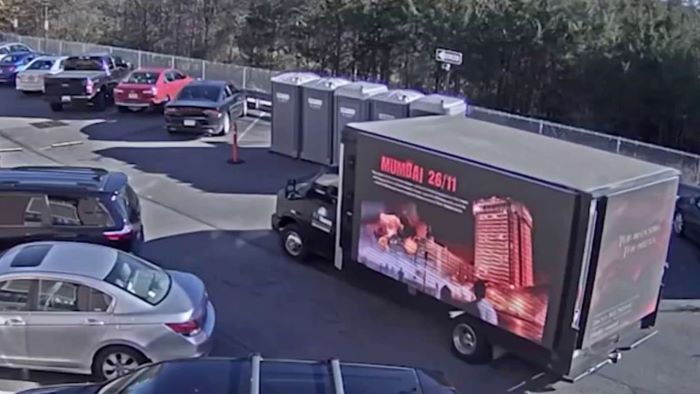 By Vijaylakshmi Nadar, Edited By Adam Rizvi, The India observer, TIO, NJ: The country is in the process of uninstalling the Indian prime minister Narendra Modi from power, elected after a fatal electoral blunder in the 2014 polls, which helped install him in power. Modi has since proved to be a communal, power hungry, illiterate, incompetent and corrupt prime minister, at the helm of one of the only two largest democracies in the world.

An all important election is on in Gujarat, which will decide the future of Modi, the poster boy of extreme Hindu nationalism or Hindutva. This will also be the first time since the year 2002, when a communal narrative did not power the polls in Gujarat. Rising inflation and unemployment remained center stage for months leading to voting, the results of which will be evident on December 8.

Meanwhile ardent supporters of Modi here in the US, sensing that their superhero is facing some unexpected challenges in Gujarat, would have ideally  jumped in the fray to create a hype around Modi. Like they did when elections were on in Uttar Pradesh (UP) in February this year and the ride was not comfortable for the incumbent chief minister (CM) Ajay Bisht aka Yogi Adityanath.

In Houston, which is also home to the Hindu Swayam Sewak (HSS), the international wing of the Rashtriya Swayam Sewak (RSS), which controls Hindu nationalism through its sangh parivar (associations/family), bulldozer rallies were taken out to express support for the saffron clad CM, also called “bulldozer baba” by his supporters. The bulldozers have been very liberally used in UP to crush any opposition to the arrogant, corrupt and incompetent CM and has become a symbol of minority oppression, in complete disregard to the laws of the land.

Similar expressions of support would have been evident before Gujarat elections, if the Hindu nationalists had not been chastised by the local mayors, for bringing out the bulldozer during the Indian independence celebrations in New Jersey on August 14. The minority community rose to protest, and stormed the city council meetings to explain the symbolism of the bulldozer under a dictatorial regime. The locals also demanded an apology from the Indian Business Association (IBA) which organized the event, which was then given by the IBA president Chandrakant Patel under duress by local politicians. They also demanded a statement from the mayors of the two towns, through which the procession passed, Mayor Samip Joshi of Edison and Mayor John McCormac of Woodbridge, to denounce their support for the parade, which was promptly given too.

Those concerned with rising Hindu nationalism on US shores, were in for another shock when on November 26, a truck mounted with a digital board, featuring images of the November 26-29 2008 Mumbai terror attack, encircled a few Islamic centres in Middlesex county, New Jersey, including Piscataway and New Brunswick. When questioned by one of the members of the New Brunswick Islamic center, the woman driver of the disruptive vehicle stopped and very insolently took pictures around the mosque before leaving. The vehicle with Pennsylvania license plates, is supposed to have come after an event in New York. The local police are still investigating the matter.

Governor Phil Murphy tweeted in very strong words that, “anti-Muslim intimidation tactics are utterly unacceptable and downright shameful. No one should have to fear being harassed at their place of worship or in their community. I stand with our Muslim community and condemn this horrible act of bigotry.”

The Hindu nationalists, whose sole aim is to establish a Hindu nation, contrary to the secular nation that India is today, believe that any religion which does not have its roots in India need to be denounced and their followers decimated. Since Islam and Christianity both fall in this category, the RSS which has existed for almost a century now, has triggered several riots to annihilate Muslims and Christians in India over the years.

After Modi, who is also a product of the RSS, became the prime minister, the attacks have become more brazen. HSS and the members of the sangh parivar which not only defend these activities on US soil, they also encourage it. The attacks on minorities get sharper during elections in any of the Indian states, to help keep Modi in power.

Presently Modi and his trusted aide, home minister Amit Shah have thrown in their hat for assembly elections in Telangana, next year. Since the chief minister of Telangana, K.Chandrashekar Rao (KCR) foiled Amit Shah’s plans to buy up his MLA’s recently, Modi and Shah have doubled their efforts to dislodge the democratically installed government.

Helping them in the process are their supporters in the US, most of them US citizens. They shocked the Indian community recently when the members of Global Hindu Heritage Foundation (GHHF) sent out mailers, for a fundraising event at Frisco, Texas, on November 27. One of the shocking items on the agenda was to “demolish 75 illegal churches in Tirupati (a temple town in Andhra Pradesh)”. Apart from their claims to have built 160 Hindu centers to “spread the richness of Hindu dharma” the mailer also claims to have 25 full time members spread out in five states in India, “to welcome back the converted christians back to Hinduism ”.  GHHF is registered in Texas as a “charitable, non-profit” organization.

Those associated with the sangh parivar in India and abroad insist that there were aggressive forced conversions by christian missionaries in India. However many converted to escape to the debilitating cruelty of the caste system. Many poor also converted to escape the crippling poverty and a chance to educate themselves. But in a Hindu majority country, with christians making up less than 3 % of the population, the doors were always open to reconvert, which most chose not to. Members of sangh parivar have for decades tried to coerce them back in the fold, often with force and violence, which has only become more aggressive since 2014, when a member of the sangh parivar became the prime minister.

Several organizations representing the minorities including the Council on American Islamic Relations (CAIR) have asked elected officials to condemn these incidents in the US.

“This is an attempt to intimidate the Muslim community. This is a coordinated effort to cause disruption and maybe cast shame or blame on the Muslim community for an incident that happened long ago in another country and has nothing to do with the people that are here residing in this state, said Selaedin Maksut, executive director of CAIR-NJ.

Yet another civil rights group, Alliance to Save and Protect America from Religious Extremist Infiltration (ASPAIRE) demanded that the 501 c (3) non-profit status of GHHF should be revoked “The organization clearly seem to be funneling its funds to India to support persecution of minorities and should be investigated,” said Dr Shaik Ubaid of ASPAIRE, who concerned with RSS supporters infiltrating local and federal government bodies, has presently launched a nationwide, “Waking Up Tour”, to raise awareness. 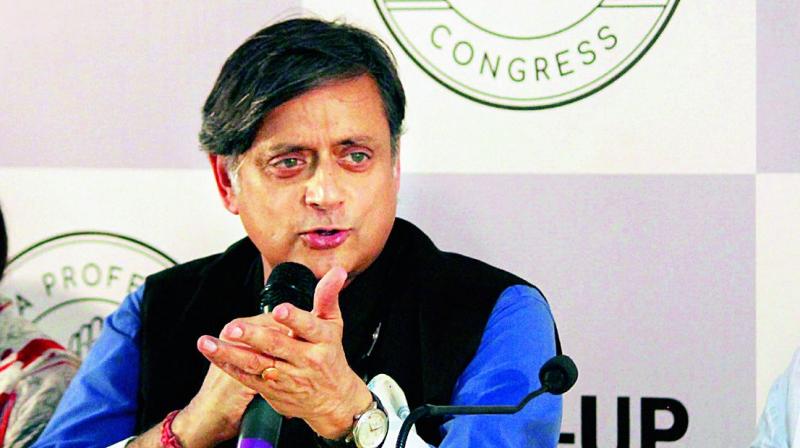 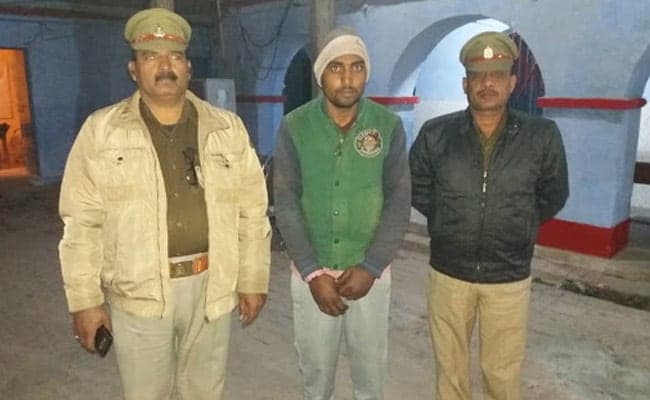 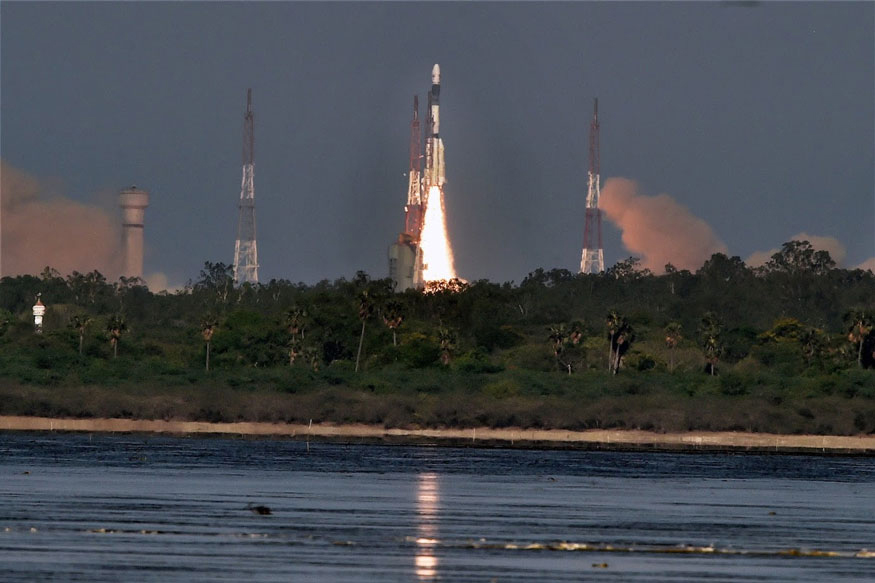