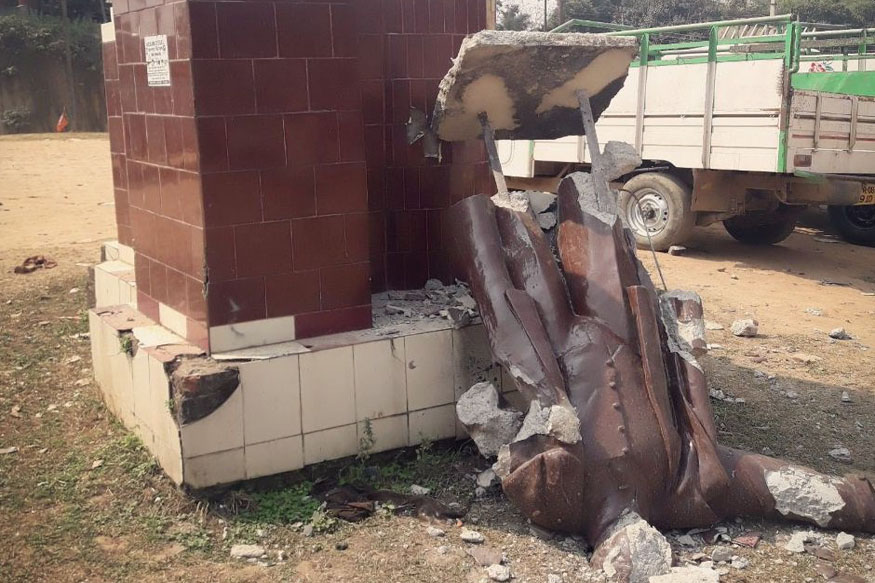 THE INDIA OBSERVERTRIPURA Yet another statue of Vladimir Ilyich Ulyanov, better known as Lenin, was razed to the ground by a mob in Tripura on Tuesday. This is the second such incident in two days after the BJP stormed to power in the North Eastern state that was a Left bastion. On Monday, a group of alleged BJP supporters had brought down a sculpture of the Communist revolutionary leader in the heart of Belonia town in the southern part of the state while chanting Bharat Mata ki Jai (Hail Mother India).

It is to be noted that in his victory speech after the BJP’s win in the North East polls , Indian Prime Minister Narendra Modi had said the poll win was a retaliation of the people to the Left’s misrule of 25 years in the states.  He also asked for a two minute’s silence to be observed for the party workers killed and injured over the last two decades in the North eastern states. His speech too was peppered with the same slogan chanted by the rampaging mob which tore down the statues.

Tuesday’s incident took place in Sabroom town, also in south Tripura. Governor Tathagata Roy said it was a case of vandalism and not rioting. He said the district administration has been directed to take action. The incidents have caused a war of words between the BJP and the opposition, with several BJP ministers defending the acts and saying that it was a mark of protest against communism.

BJP leader Subramanian Swamy said the late Russian leader was “a terrorist” and questioned if the statue of such a person could be installed in India. Speaking to reporters outside the Parliament, Swamy also suggested the Communist leaders should install Lenin’s statue inside their party headquarters and “worship” him if they want.
“Lenin was a foreigner. He was, in a way, a terrorist because the number of people he killed there (in Russia) after imposing dictatorship there. And (you) want statue of such a person erected in our country?” Swamy asked.
Union Minister Giriraj Singh took the defense to another level and said people who were “oppressed” during the Left’s 25-year rule in Tripura might have brought down a statue of communist icon Vladimir Lenin in the state. On the other hand, CPI (M) general secretary Sitaram Yechury has criticized the BJP-RSS and urged the democratic and secular forces of the country to come together against the “fascist onslaught” of the saffron regime. 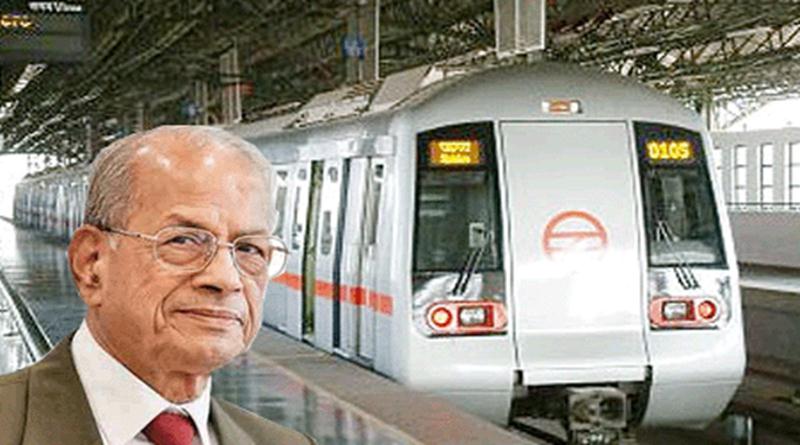 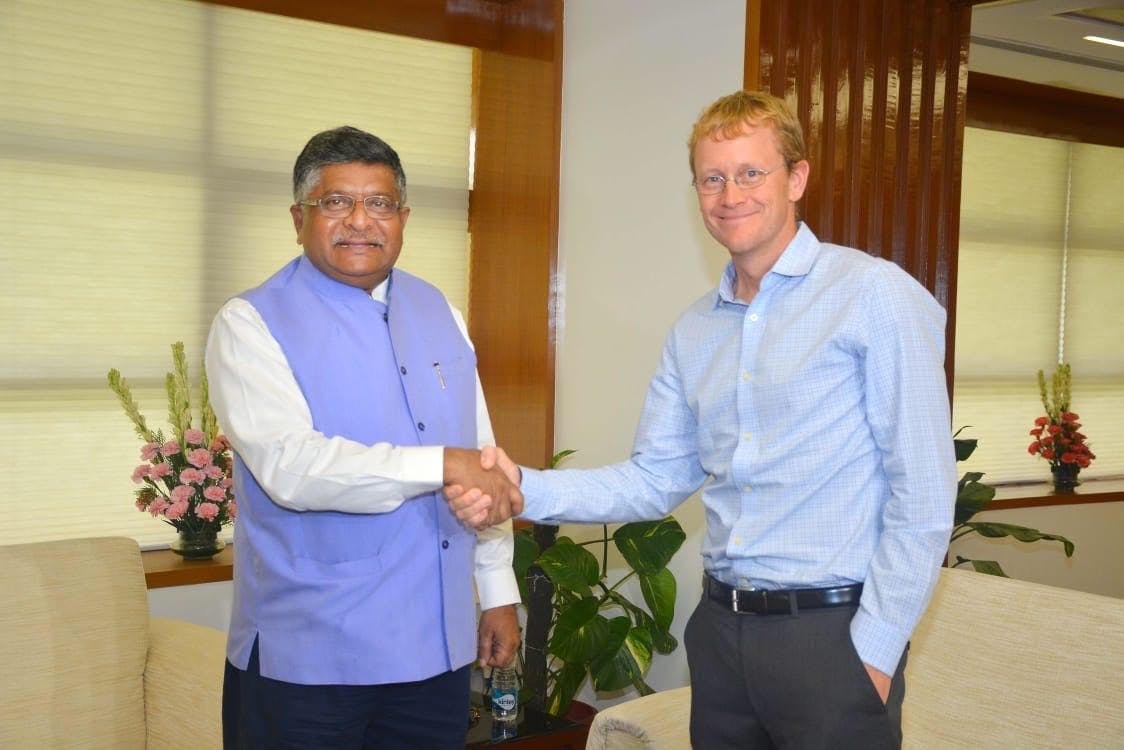 WhatsApp agrees to meet all government demands except message traceability